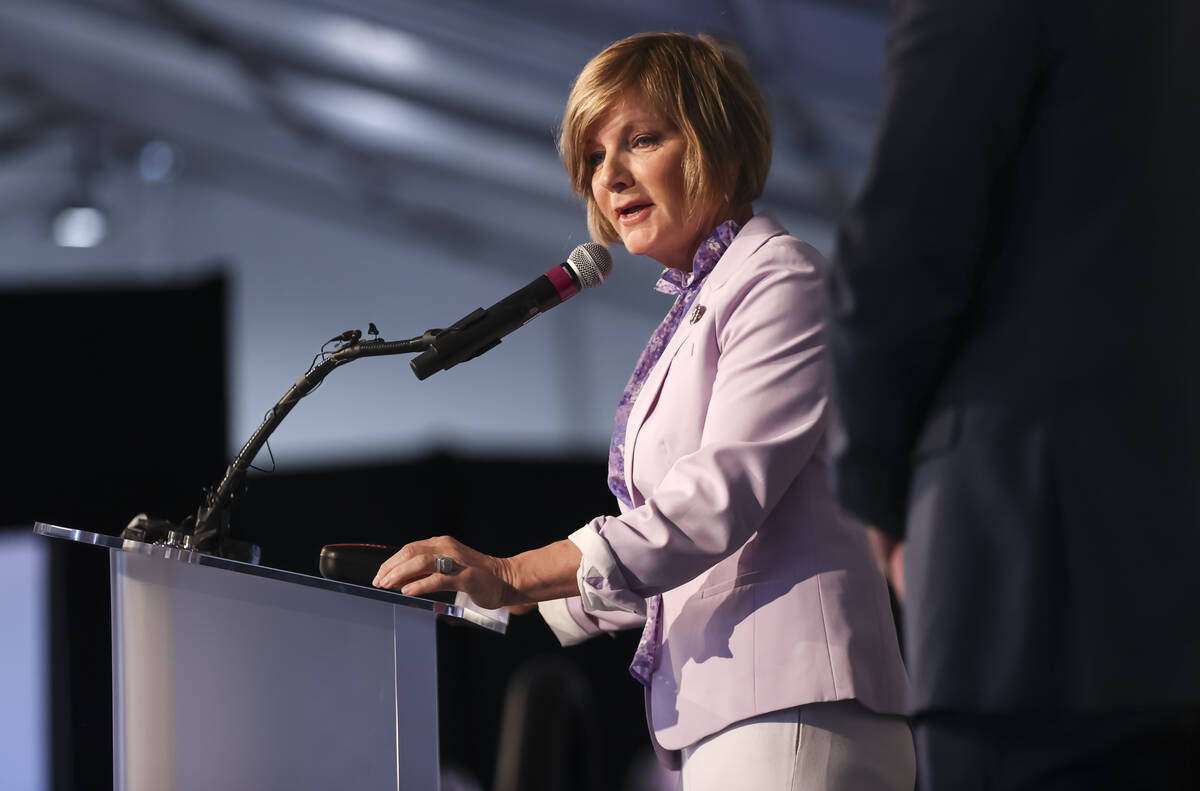 WASHINGTON – Attracting a doctor to an Alaskan town was the premise for the hit comedy show “Northern Exposure,” but in rural Nevada, the shortage of physicians is no laughing matter.

“Nevada, like much of the country, is facing a dire doctor shortage,” said Rep. Susie Lee, D-Nev., and the numbers back her up.

— Over 83 million Americans live in federally designated Health Professional Shortage Areas, and all 17 of Nevada’s counties have some populations in areas under that designation due to low ratio of doctors to residents.

— One million people in Nevada live in an area with a shortage of physicians, according to the Kaiser Family Foundation, a non-profit think tank.

To address this disparity, Rosen and Lee have filed bipartisan legislation in the Senate and House that would increase access to doctors, clinicians and specialists in the state.

There is consensus that it is needed.

“Rural and medically underserved areas of Nevada struggle to attract and keep primary care physicians and other clinicians,” said Dr. John Packham, associate dean of the University of Nevada, Reno School of Medicine.

Rural communities coast-to-coast, and in far-flung states like Alaska and Hawaii, are in need of primary physicians, clinicians and medical specialists in places where hospitals and facilities take hours to reach.

The communities are politically both blue and red.

Lee, along with Republican and Democratic colleagues, crafted legislation aimed at improving health care access in rural and underserved communities. It was filed this week.

The program would identify special medical needs of a community or region and provide the resources for continuing medical education to train people to address those needs.

The Senate version of the bill was filed earlier this year by Rosen and Republican Sen. Lisa Murkowski of Alaska. The Senate bill also has bipartisan support.

Rosen filed a second piece of legislation to lessen the economic burden on medical and dental students. It is designed to further address shortages of health care practitioners in sparsely populated areas and underserved or poorer communities.

During questioning at a Feb. 10 Senate hearing, Dr. Margaret Flinter, founder of the National Nurse Practitioner Residency and Fellowship Training Consortium, endorsed a provision in Rosen’s second bill that would pause interest accrual on student debt during a medical or nursing residency.

“I think the issue is that debt influences people’s choice of where they’re going to practice,” Flinter said, addressing Rosen. “You have used the example of the state of Nevada, so I think that’s a very pragmatic and useful idea.”

There is currently no organized or state opposition to the House and Senate bills, which must undergo committee scrutiny and analysis by the Congressional Budget Office.

“The Nevada Primary Care Association and our member community health centers have experienced first-hand the difficulty of attracting and retaining physicians and the impact of limited access to health care in the rural parts of our state,” Nancy Bowen, chief executive of the association, said in a statement.

Bowen said the bill is important to “expanding opportunities for our health centers to train physicians in the communities where they live and practice.”

“All Americans should have access to the medical care they need, no matter where they live,” said Joyce, one of the bill’s co-sponsors. “Unfortunately, those who live in rural communities often struggle to access affordable, quality health care.

The legislation would also ease the burden on patients in sparsely populated states, particularly in the West.

“Far too often, I hear from Arizonans who must travel hundreds of miles to receive even basic medical care — let alone see a specialist,” O’Halleran said.

Lee sits on the powerful House Appropriations Committee that directs federal spending. She was recognized Tuesday for her work by the National Association of Community Health Centers.

“Every Nevadan deserves access to quality, affordable health care — no matter their Zip Code or background,” Lee said in a statement.

“Our community health centers are vital to providing that access for many families that would otherwise not have it,” she said.