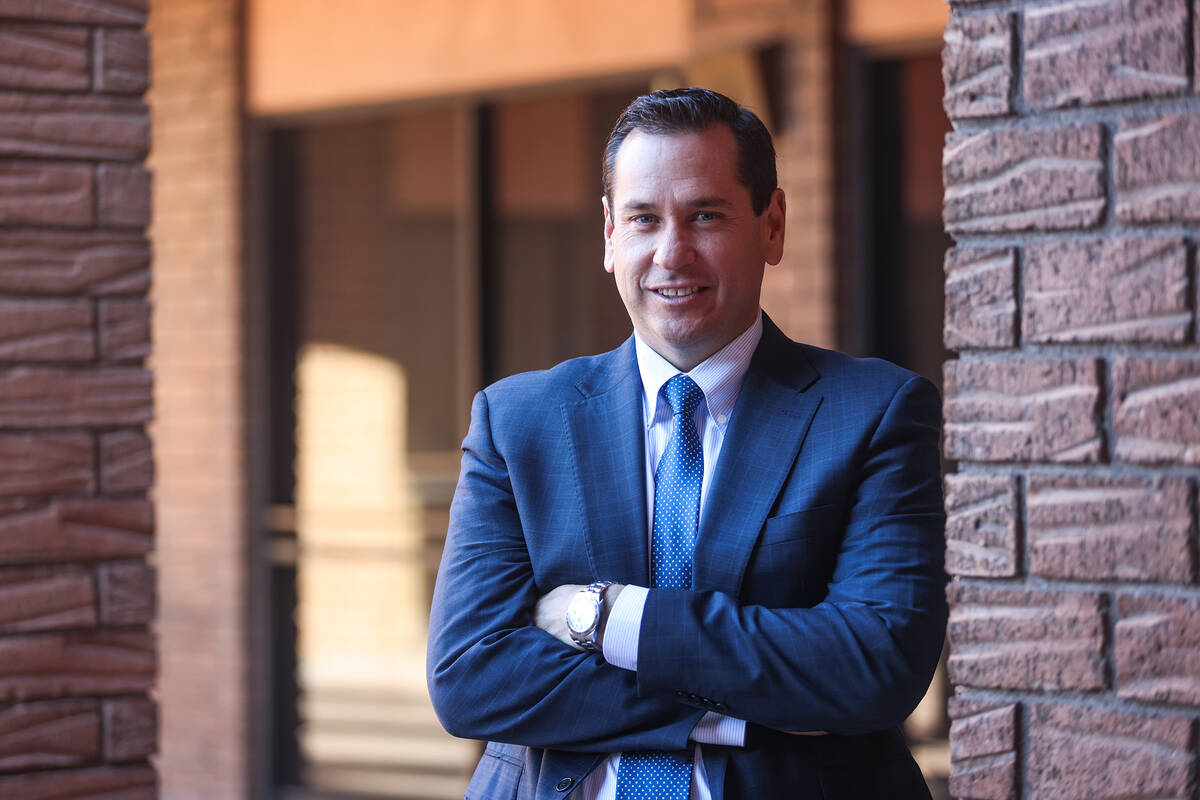 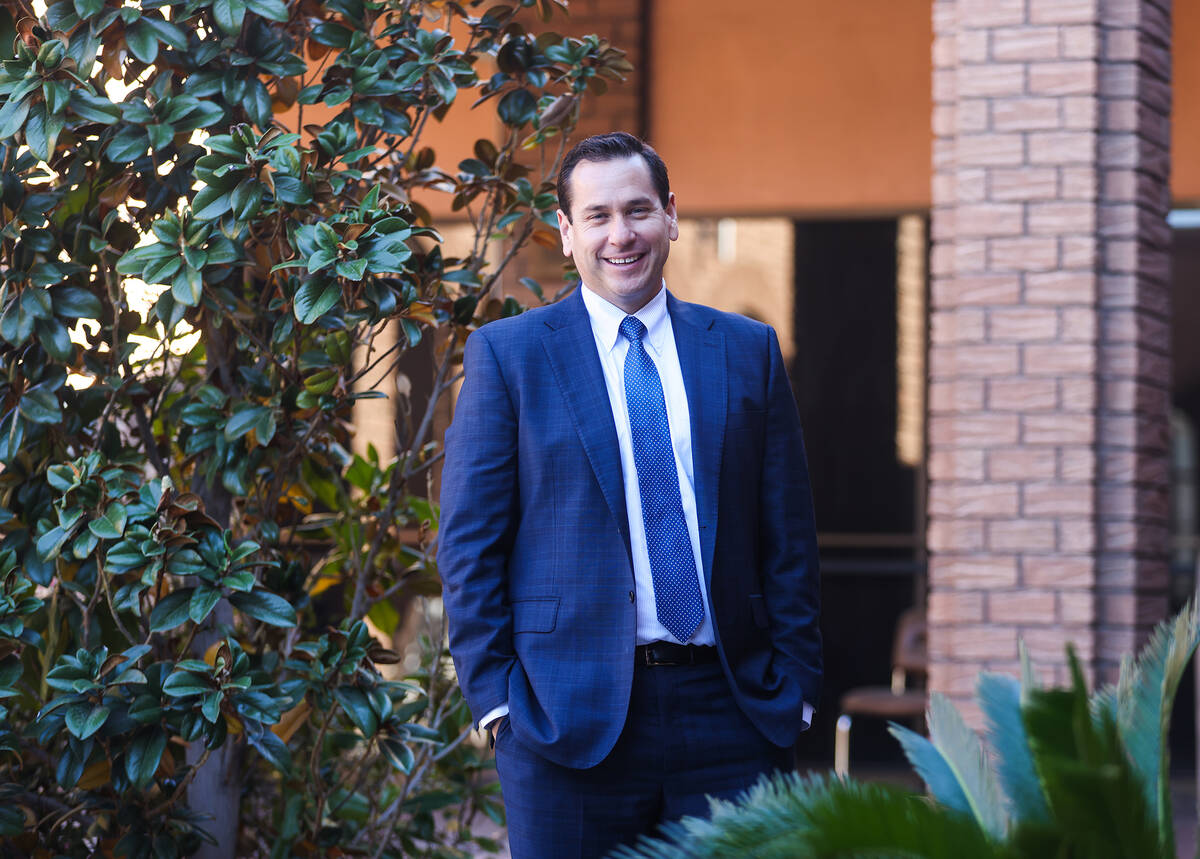 In the November midterms, Nevada was just 2 percentage points away from electing a person to run the state’s elections who was tied to QAnon conspiracies and believed a “deep state cabal” has rigged elections in the state since 2006.

Nevada’s secretary of state race brought national attention when Democratic attorney Cisco Aguilar faced Republican former Assemblyman Jim Marchant, an outspoken election denier who not only says former President Donald Trump won the election in 2020, but headed a coalition of election deniers looking to administer elections and help Trump get elected in 2024. Aguilar, Democratic organizations as well as nonpartisan election integrity groups framed the race as a “fight for democracy,” calling Marchant a “threat” to the election process.

Throughout his campaign, Aguilar promised to uphold election results and the will of the people, no matter which candidate Nevadans chose. As the successor to Republican Secretary of State Barbara Cegavske — who had rejected the false claims that Nevada’s elections were insecure in 2020 — Aguilar said he hopes to emulate her honesty and rebuild trust in Nevada’s election systems.

“Unfortunately, my opponent built a false foundation by continuing to lie and be dishonest with voters. So there’s double work that needs to be done now because we got to build ourselves out of the hole that’s been dug,” Aguilar said.

“And then once you reach a normal level,” he continued, “you’ve then got to be more engaged and more transparent, to educate voters and educate those that have an interest in the outcome of our elections.”

While that “threat” to democracy may have been temporarily thwarted, the danger is still very real, election experts say.

As founding chairman of the Cristo Rey St. Viator school’s board of trustees, Aguilar talked with students in the halls about the election period in 2020, with some students interested and others feeling that the elections did not matter. He plans to continue Nevada’s accessibility to elections and educate Nevadans on the importance of elections.

His first step as secretary of state is to file a bill draft request to make it a felony to harass or intimidate election workers and volunteers. In Nevada and across the country, election workers have quit or resigned because of increased threats.

“We often forget the base of our election comes down to people, and if people don’t feel safe and secure in something they’re doing, they’re very hesitant to participate,” Aguilar said.

Most election workers view the job as just that: a job, Aguilar said. It puts food on the table, and they are not doing it because they have a personal agenda or some desired outcome, he said.

“We need to make sure that our election workers know that somebody has their back and is going to stand up and make sure that they don’t feel intimidated or harassed, and if they are, we’re going to hold people accountable for those actions,” Aguilar said.

As former general counsel for Agassi Graf, the management company for tennis players Andre Agassi and Stefanie Graf, he noticed Nevada’s corporate filings system needed improvement. At one point he said he saw the system was down for a month, which he felt could discourage small businesses.

Aguilar plans to talk with the county clerks about what is working and what needs to be fixed in the election process.

With Nevada leaders wanting the state to be center stage for the 2024 presidential election, and it taking several days for results to come in for the 2022 midterms, concerns have cropped up about the country not wanting to wait so long to get results. Some have suggested reforming the election law to get results more quickly, such as setting an earlier deadline for people to submit mail ballots rather than allowing them to be postmarked on Election Day.

Aguilar said that decision will be up to the Legislature and the governor, who will have to determine if the priority is access to voting or speed in announcing results.

“I think I lean toward ‘let’s be accessible,’” Aguilar said.

In the aftermath of the 2020 election, Aguilar watched as people pushed for less access to the ballot box.

“That drove me crazy because if we’re going to be in a society and a community that we all believe in, it requires engagement from everyone,” Aguilar said.

“We had options for people to exercise that fundamental right to vote,” he said. “And sometimes that access is critical to some of our most vulnerable communities who don’t always get a loud voice or an opportunity to express their voice and the fact that we have that option is a beautiful thing.”

The universal mail ballot system is still new to people, and it might need adjusting, Aguilar said. It requires talking with the people on the ground floor and learning where things can be changed.

Nevada was not the only state to take a long time to get its results, Aguilar said, but it got the brunt of the criticism because the whole country was watching Nevada to see which party would have control of the U.S. Senate.

Is the threat to democracy over?

Many election deniers running for secretaries of state throughout the country lost their elections, a clear statement from the public that they did not want people who held those views running their elections, said Lawrence Norden, senior director of the Brennan Center’s Elections & Government Program, adding that Aguilar’s win was significant.

But the threat to democracy is still very real, Norden said.

Marchant received a significant number of votes from the electorate — 473,467 in all — and he and several other election deniers still have not conceded.

“It’s incredibly naïve and dangerous to assume the threat is over,” Norden said. “A lesson of the past few years is that you can’t take democracy for granted. If people are making statements that sound like threats to democracy, we should believe them.”

It is up to secretaries of state to be a “beacon for truth in our elections” in an age where there is a lot of disinformation about election processes, Norden said.

The worst-case scenario that some people feared — in which a secretary of state could decide not to use electronic voting machines or could halt the certification of an election in which a candidate they did not like won — would not have taken place, Norden said, as there are laws in place that prevent those kinds of actions.

Nevada has important protections in place for voters written into law. But there are smaller things the secretary of state can do to undermine confidence in the election system.

“To have election officials who can muddy the waters, confuse the public, is a danger in itself,” Norden said.

Joanna Lydgate, CEO of States United Action, a nonpartisan organization that works to protect elections and the U.S. democracy and tracks election deniers, said the midterms were a “very good week for democracy.” But she added, “the election denier movement is not going anywhere.”

Her organization advocates for policies that protect election integrity and hold any election deniers who won accountable.

“Election deniers won a lot of races. We are absolutely going to have to stay vigilant,” Lydgate said.

Aguilar is taking his new role a day at a time, getting to know the secretary of state’s staff and how everything works, and learning from his predecessor, Cegavske, whom he said he admires for her efforts to put Nevadans above her own party. Cegavske, like other Republican secretaries of state, received criticism after 2020 from fellow Republicans for upholding election results, including being censured by the state party.

“I’m excited. I want to do the best job to earn the trust of every Nevadan in this state,” Aguilar said. “I know there will be people who will be upset about decisions I make, but I can tell you the decisions won’t be reactive. They will be thought out. They will be strategic, and they will be in the best interest of all Nevadans at all times.”