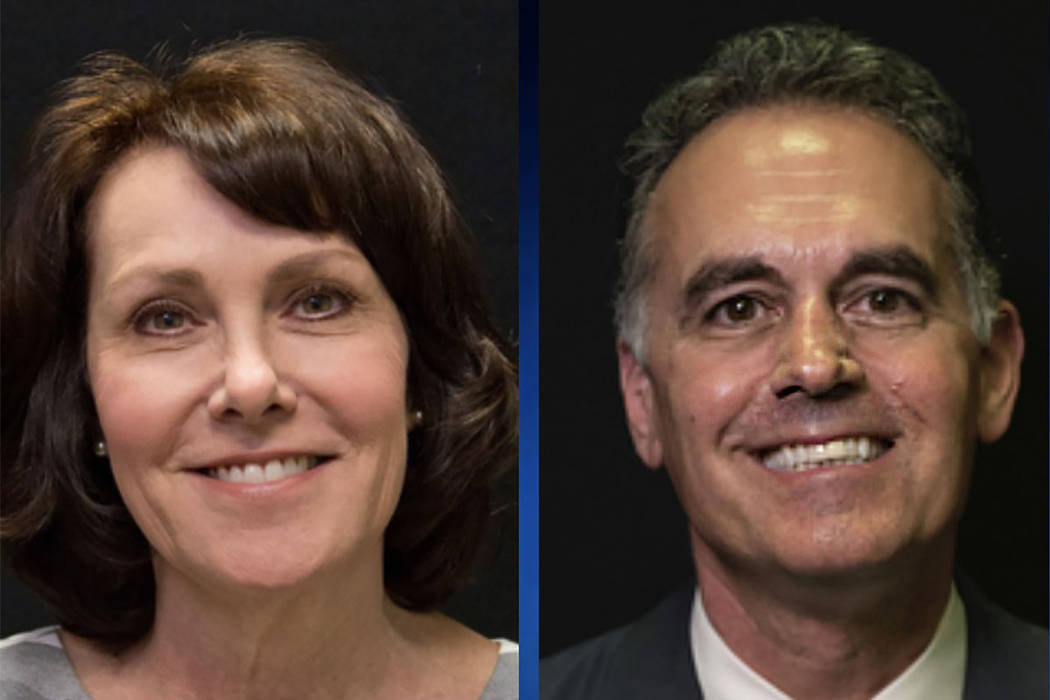 Danny Tarkanian’s suit against Rosen and her campaign alleges that statements in campaign ads were false and defamatory.

The lawsuit centers on television and social media ads that used Tarkanian’s past role as the registered agent for companies that acted as fronts for fraudulent charities. One ad, for example, said “seniors lost millions from scams Danny Tarkanian helped set up.” Registered agents typically have a limited role and do not deal in day-to-day operations.

“We’re confident that the state Supreme Court will agree this lawsuit is without merit,” said Rosen spokeswoman Ivana Brancaccio.

The order, filed Monday and signed by Judge Jerry Wiese, allows the case to continue. Rosen’s attorneys had filed an anti-SLAPP motion to dismiss, arguing that the statements in question were protected political speech.

Tarkanian’s lawsuit claims the ads are “nearly identical” to allegations made by Tarkanian’s 2004 state Senate opponent, Democrat Mike Schneider. Tarkanian, who lost the election, sued Schneider and won, receiving a $150,000 judgement in 2009.

Wiese’s order found that the Rosen campaign’s statements were similar to those made by Schneider in 2004. The order doesn’t make a finding on the broader issue of whether Tarkanian was defamed by Rosen.

The order says the defendants “have not shown by a preponderance of evidence that the three statements at issue were truthful or made without knowledge of its falsehood.”

“The Court cannot find, at this preliminary stage, that the statements at issue are true,” the order says.

The order acknowledges that Rosen’s campaign relied on statements about Tarkanian that other opponents have made in different campaigns: Ross Miller in the 2006 race for secretary of state and Steven Horsford in a 2012 congressional race. None of those statements led to lawsuits.

Tarkanian told the Review-Journal he plans to add the Democratic Congressional Campaign Committee to the lawsuit. The group also ran ads against him.