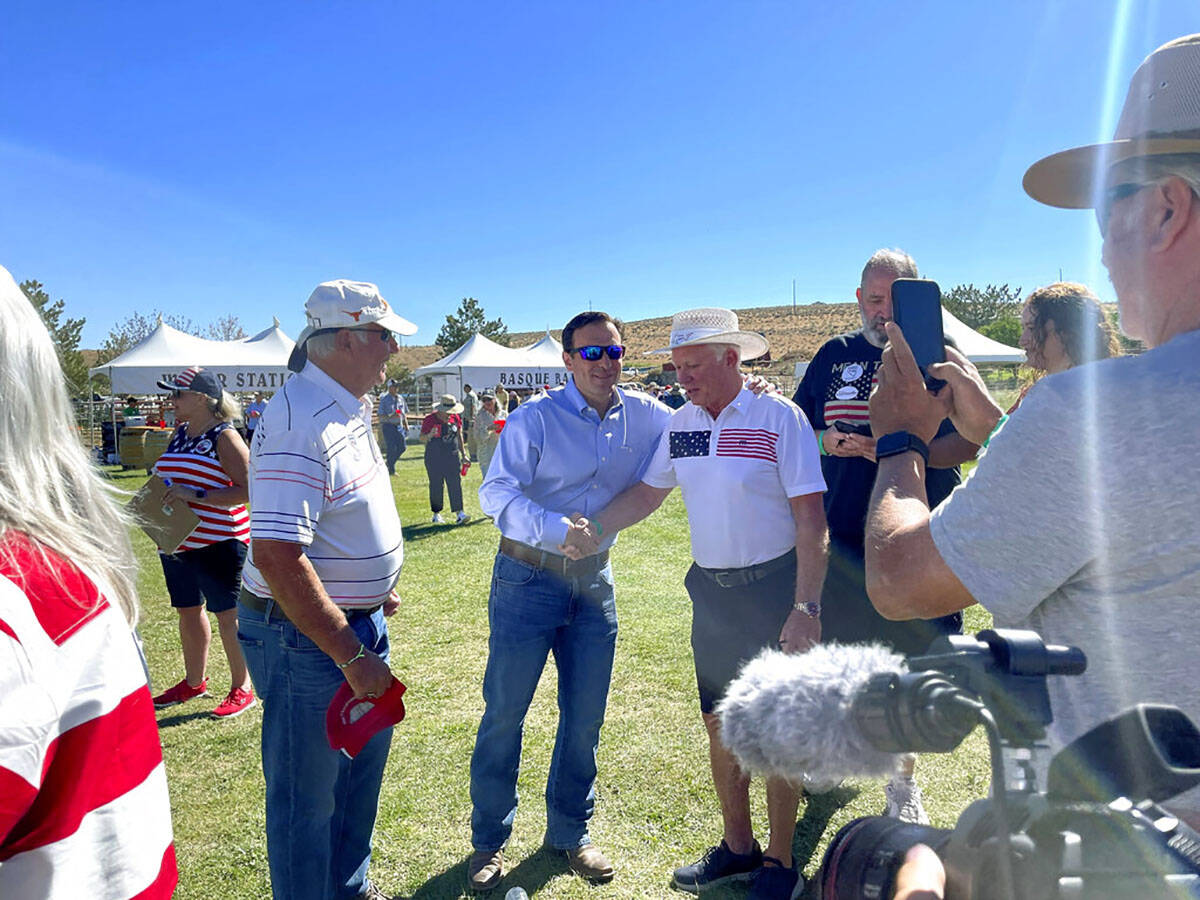 End Citizens United, which endorses and supports Democratic candidates who back campaign finance reform, filed a complaint with the Federal Election Commission asking for an investigation into Laxalt over his involvement with the annual Basque Fry put on by his Morning in Nevada PAC.

Laxalt was listed as president of Morning in Nevada during the 2021 iteration of the Basque Fry, and he had not yet formally announced that he was running for the Senate to challenge Democratic Sen. Catherine Cortez Masto at that point.

The complaint says that because several of the speakers that year hinted at or outright proclaimed Laxalt’s candidacy, the event — as well as this year’s iteration — should have been deemed an in-kind contribution that would have exceeded the federal limit. The complaint also claims Laxalt used the Nevada PAC to get around federal campaign finance restrictions on money raised and spent.

“He was an invited speaker to this year’s Basque Fry, along with a number of other federal and state elected officials and candidates,” Holland said. “His attendance at the event was certainly permissible, despite the frivolous claims of a leftist, dark money group.”

The Basque Fry has become a political fundraising staple in Northern Nevada, consistently attracting prominent national Republicans as headliners. The event is based on the annual Basque-style lamb fry that Laxalt’s grandfather Paul Laxalt, then a U.S. senator, held.

The complaint specifically cites a comment that Sen. Tom Cotton, R-Ark., made during the 2021 Basque Fry, claiming it should have triggered Laxalt’s candidacy for the federal seat.

“Adam, I guess he’s not supposed to say that he’s going to be your next United States senator. There’s some campaign finance rules against it. But what do I care about some stupid rules like that? Adam Laxalt is going to the United States Senate for the Battle Born state in 2022,” Cotton said.

Laxalt formally filed to run for Senate the day after the Basque Fry. Laxalt’s longtime adviser Robert Uithoven is now the president of Morning in Nevada.