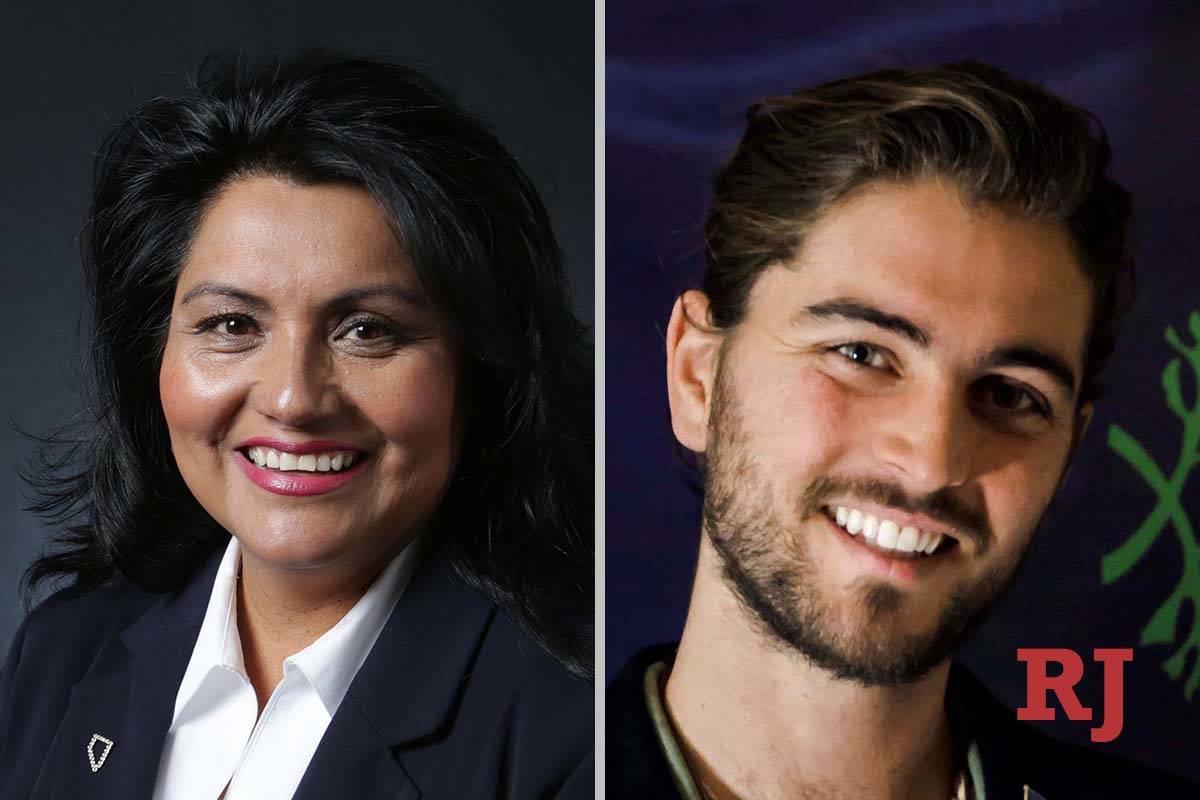 The candidates vying for the Assembly District 12 seat couldn’t be more different.

Incumbent Assemblywoman Susan Martinez’s top priorities include making sure people have healthcare as the coronavirus spreads across the nation.

Her opponent John Cardiff Gerhardt believes the pandemic is “fake” and wants a constitutional convention.

The third candidate, Republican Jeremy A. Graves, did not respond to multiple requests for comment.

Martinez, a Democrat, is campaigning for a second two-year term.

“I still believe there’s a lot of work that needs to be done,” the Las Vegas resident said. “I love speaking with the community – they’re always giving me ideas and letting me know what they need.”

If re-elected, she wants to make sure everyone in the state is covered by a form of health insurance and she also wants legislation that would mitigate expensive medical bills.

When it comes to balancing the budget, Martinez said it’s too early to tell how it can be addressed, with how much the state has to spend to help people.

On evictions, Martinez said that’s in Gov. Steve Sisolak’s hands. Sisolak imposed a moratorium on evictions — since extended — when the pandemic began.

“I really believe the governor has been doing a doing a good job,” she said.

Martinez who works at the front desk of the Flamingo and is a single parent said she is feeling the same effects of the pandemic as many others.

“I’m standing right alongside them and dealing with the same issues they have,” she said. “I’m a single parent raising my child. We want to have our jobs, be safe, have good schools and education.”

A reader of far-right conspiracy theories pushed by QAnon, Gerhardt said he doesn’t believe the pandemic is real.

Gerhardt, who filed as an independent candidate, was inspired to run by Ryan Bundy – whose family was at the center of a standoff with the federal government in 2014. In fact, Gerhardt was Bundy’s campaign manager in Bundy’s unsuccessful 2018 run for governor, the Henderson resident said.

Gerhardt’s main goal is a constitutional convention to bring a free market model to the educational system.

When it comes to the coronavirus pandemic, he said: “I just want to say that COVID, as I understand it, is a Chinese flu. It is a bio weapon created in a lab with financial connections to Bill Gates and the pandemic is actually fake because Trump has done a really good job protecting and insulating the people.”

“And more of these deaths, more of this missing tragedy so to speak is actually a deep state cabal.”