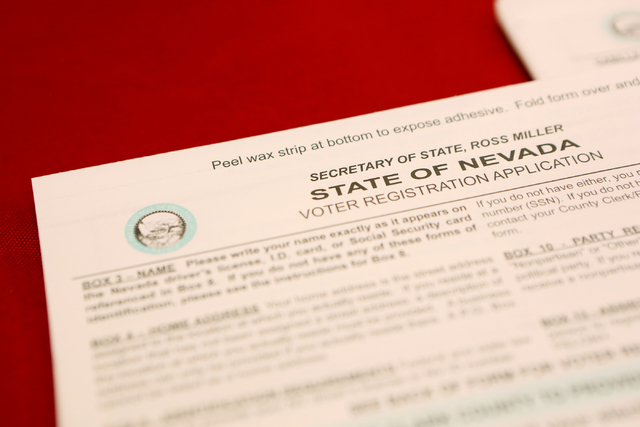 The newly registered voters increased the total in Nevada to 1,483,004.

The Libertarian and Independent American parties saw small increases, but other minor parties saw a dropoff of 1,359 active registered voters.

A portion of the decrease in the number of active registered voters within the compilation of “other” minor political parties is attributed to a technical glitch discovered in August. Because of the glitch, voter registration applications not containing a selection for political party affiliation were accidentally recorded as “other” instead of the correct affiliation of nonpartisan.