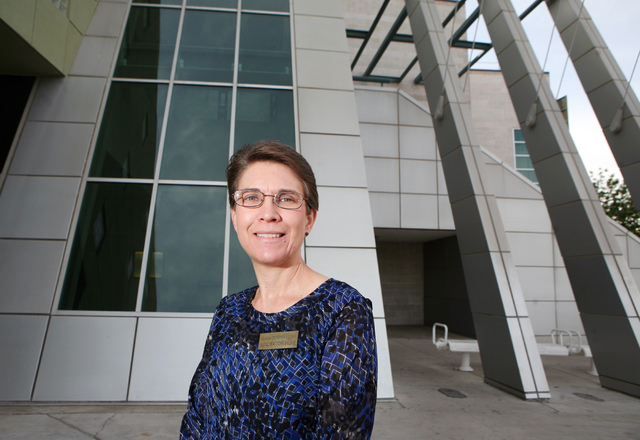 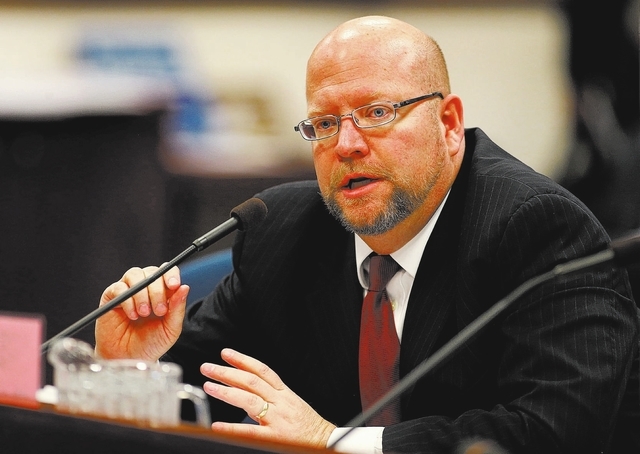 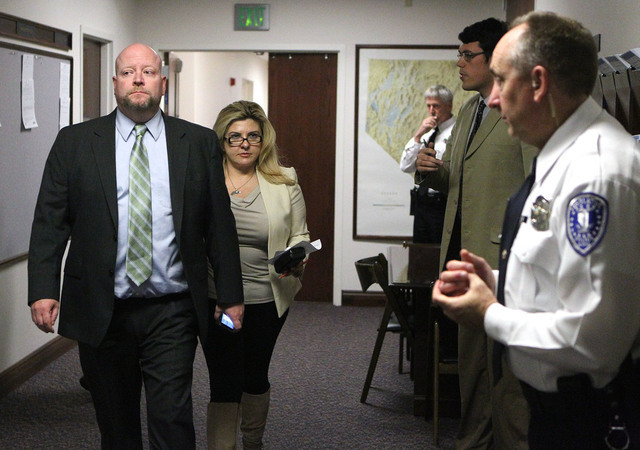 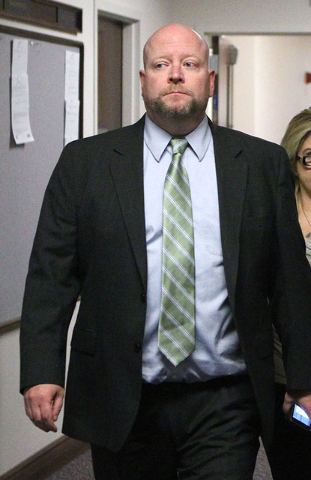 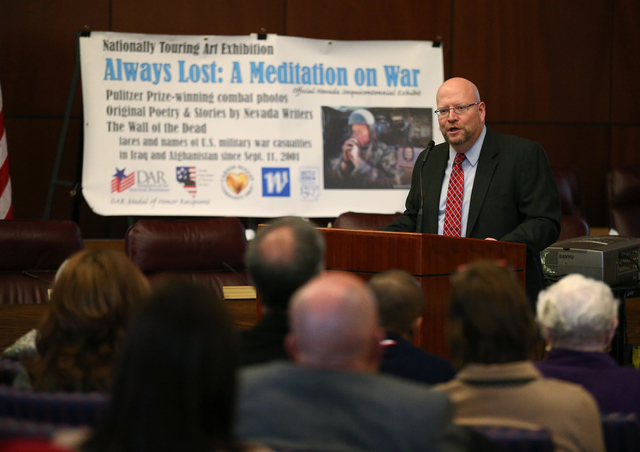 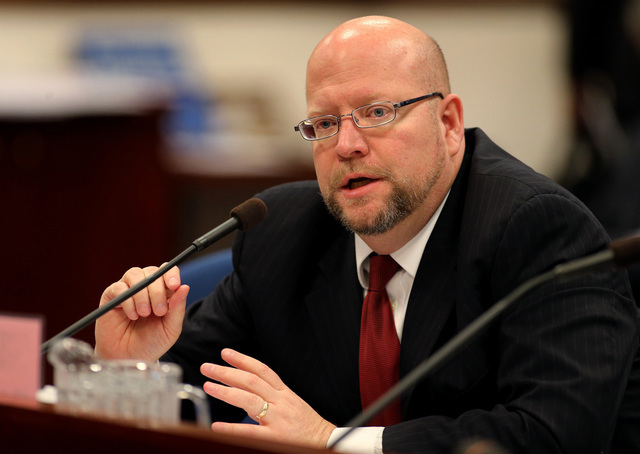 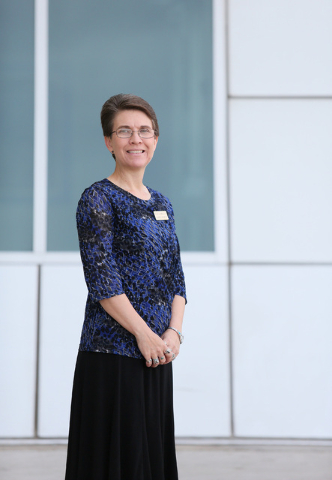 The new law flew under the radar as an “emergency measure” in the final days of the 2015 session and passed with little scrutiny. Commission officials would have testified against the bill, but by the time they figured out it existed, the bill had passed — born and approved in less than 48 hours.

The bill not only appeared to commissioners as being tailor-made to torpedo their legal stance, they believe it expanded what’s known as legislative immunity, making it almost impossible for the commission to hold legislators accountable for anything.

The Ethics Commission is set up to police “public officers,” but legislators hold a special standing that grants them some immunity. Legislative immunity isn’t unique to Nevada, and the concept has been around since the 1600s. The idea is that lawmakers need to be free to make decisions without fear of political retribution.

The new law went largely unnoticed until March 2016, when The Associated Press got a 28-page rebuke in response to a records request that said the new law meant none of the Legislature’s records were public. Government watchdogs questioned why the Legislative Counsel Bureau had recommended the bill during the session’s most hectic time, when it was sure to get little attention.

The Associated Press’ request had been part of a nationwide survey to see which legislatures had exempted themselves from public records laws.

“I’m appalled by the breadth of the arrogance in this response,” Barry Smith, executive director for the Nevada Press Association, told The Associated Press. “The extent of the reaction makes you wonder, ‘What do they have to hide?’”

It hasn’t been reported until now that the law gave the Legislative Counsel Bureau leverage in its legal fight with the Ethics Commission, with a judge citing the new law as part of his reasoning for ruling against the commission.

“One must question why AB 496 was brought as emergency legislation sponsored by LCB, an agency which does not usually sponsor bills,” wrote an attorney for the Ethics Commission in court filings. “Perhaps it was marshalled through to provide a greater defense to these proceedings.”

Powers said the bureau didn’t push the bill because of the Ethics Commission case and argued the law isn’t even anything new — it simply codifies existing case law.

It’s the latest chapter in an old Nevada story of a government enforcement mechanism, created in 1971 by the Legislature, that has been criticized since its inception as lacking teeth.

“Nevada is ‘Zombieland.’ It looks like we have lots of good laws and enforcement mechanisms, but as soon you try to actually engage with one, you get your brains eaten,” League of Women Voters President Sondra Cosgrove said. “I think people go along day by day assuming there is accountability and transparency and that the government functions per what you learn in civics class, but that’s not true.”

How does she suggest Nevada fix “Zombieland”?

“You expose the zombies,” Cosgrove said. “And you either make them alive or you double tap them.”

Cosgrove said having no Ethics Commission would be better than having one that’s essentially a fraud because it can rarely take action. A fake commission gives people a false sense of security. Lawmakers either need to kill the commission or give it some teeth, she said.

As it stands now, politicians can say the Ethics Commission investigated and they were cleared because no action was taken, when in reality the commission was simply powerless to take action.

Cosgrove pointed to a recent opinion issued by the commission after a yearlong investigation into allegations against North Las Vegas Mayor John Lee. Two longtime human resources employees accused Lee of abusing his office’s authority and hiring employees based on religious favoritism. The Ethics Commission issued an opinion saying that while it found “sufficient credible evidence” the allegations were true, narrowly written laws prevented the commission from acting.

“To me that shows frustration on the part of the ethics commissioners,” Cosgrove said. “They came out and said, ‘FYI he was wrong’ and I actually don’t think I’ve ever seen that happen.”

Lee told media outlets he had been cleared and continued to deny the allegations.

The two employees were laid off a few months after they filed formal complaints. The city has said its decision to outsource their department had nothing to do with the complaints.

In Cosgrove’s metaphor, that’s a dangerous consequence of “Zombieland” government: It can eat your brains.

“I would certainly say that there have been cases that have frustrated the commission in terms of being able to find a violation or hold a public officer accountable for improper conduct,” she said.

In 2015, the Center for Public Integrity gave Nevada an F grade when it came to ethics laws, ranking it 30th in the United States.

The Legislative Counsel Bureau’s legal fight with the Ethics Commission has its roots in a 2009 Nevada Supreme Court decision that limited the amount of oversight the commission could have over legislators.

The commission had received a complaint regarding then-state Sen. Warren Hardy, R-Las Vegas, who at the time was serving as president of the Associated Builders and Contractors. The complaint argued Hardy repeatedly violated state ethics laws by voting on matters that helped the association.

Hardy maintained he never had a conflict. But despite the ruling in his favor, he left the Legislature to lobby for the association full time.

The Nevada Supreme Court found the constitution didn’t allow the Ethics Commission to police legislators on anything that had to do with a “core legislative function” because the commission is part of the executive branch.

Still, the court found the Legislature couldn’t waive its oversight to the commission; any policing related to a “core legislative function” would need to be done in-house.

Cosgrove didn’t understand why, after the Hardy opinion, the Legislature didn’t just split the commission into two again.

Instead, both houses created a rule that let them set up ethics committees, though those committees appear to have never met.

Legislative Counsel Bureau Director Rick Combs said the committees would not meet unless “a complaint was filed that was within the purview of the committee.”

Cosgrove questioned whether the ethics committees are real — and not zombies — when they haven’t met, have no members and aren’t listed with other committees on the Legislature’s website. Even if, in theory, a member of the public could complain to these committees, she asked how anyone would know such an option existed.

“To me, it doesn’t mean the Ethics Commission or the laws are weak in Nevada if (commissioners) don’t have jurisdiction over state legislators,” said Nevarez-Goodson, the commission’s executive director. “It just means they should have their own commission.”

The Ethics Commission’s stance is the recent legal loss — helped by the law pushed by the commission’s legal opponent — allows a legislator to avoid investigation simply by declaring legislative immunity, and the commission is helpless to investigate whether the immunity even applies, Nevarez-Goodson said.

The Hardy decision still left some ethical oversight to the commission if it didn’t relate to a “core legislative function.”

At the heart of the legal case between the Legislative Counsel Bureau and the Ethics Commission is whether asking for an opinion from the bureau is a “core legislative function.”

In 2013, Assemblyman Ira Hansen, R-Reno, faced criminal charges relating to hunting traps he had set, the Reno Gazette-Journal reported. He went to the bureau for an opinon on the law, and the Legislature’s lawyers advised him to have another member of the Assembly ask for the opinion.

Hansen told the Reno newspaper Assemblyman Jim Wheeler, R-Minden, made the request because the Legislative Counsel Bureau told Hansen if he did, “it could look like a potential financial conflict of interest.”

The Legislative Counsel Bureau has argued the commission has no right to investigate the lawmakers because requesting legal opinions regarding laws is a core part of their job as lawmakers.

The Ethics Commission has yet to determine whether Hansen and Wheeler’s actions violated the law. The commission is seeking the ability to investigate whether they did.

Powers, the bureau’s chief litigation counsel, said there was nothing unusual about the timing of the bill. He said the Legislative Counsel Bureau pushes bills that clear up process, and those bills usually are saved until the end of each session because they are less important. The bureau didn’t champion the bill to try beat the Ethics Commission in a legal battle and doesn’t view the new law as anything that wasn’t already essentially in effect already under case law, he said.

The problem, he said, is that Ethics Commission leaders can’t clearly read and follow the case law.

“The bill didn’t just affect one case specifically. It affects any case. We weren’t trying to hide the ball from anyone,” Powers said.

Testimony from the session shows Powers told lawmakers that pending cases would be affected by the bill, though he didn’t mention the Legislative Counsel Bureau’s ongoing case with the Ethics Commission.

Cosgrove wondered why, if the law didn’t do anything new, a judge found it compelling enough to cite as a reason for his order in the bureau’s favor.

Carson City District Judge James Wilson wrote in his order that until the bill was passed it was unclear whether Wheeler and Hansen’s actions fell “within the sphere of legitimate legislative activity.” He also found the commission did not provide convincing evidence that the new law was “vague, over broad or violates the separation of powers doctrine.”

The commission is appealing the ruling.