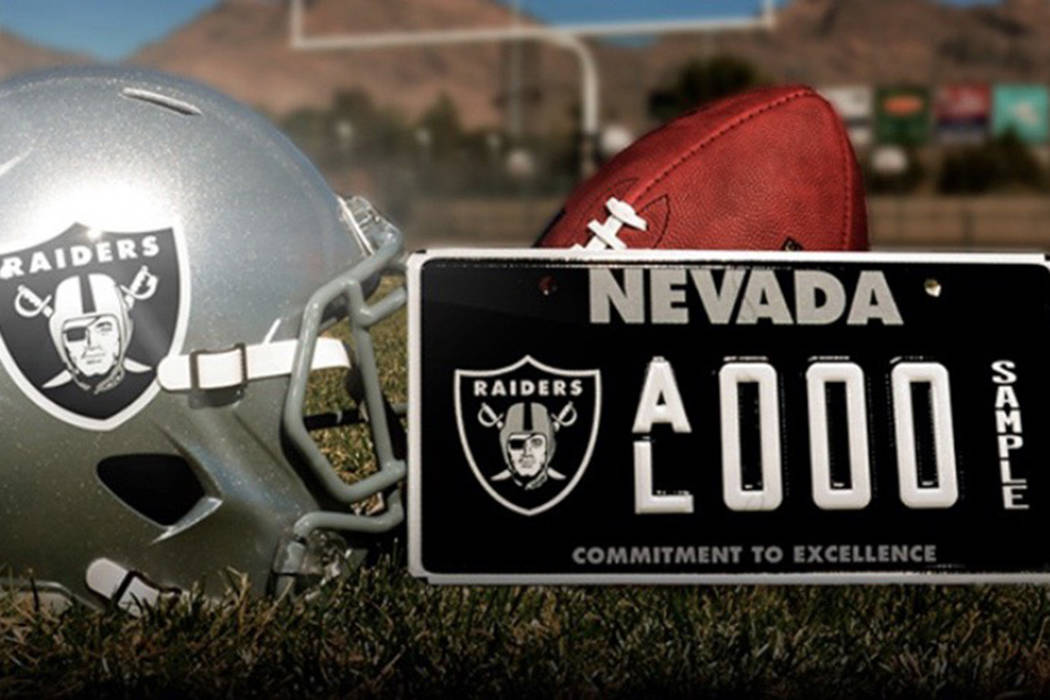 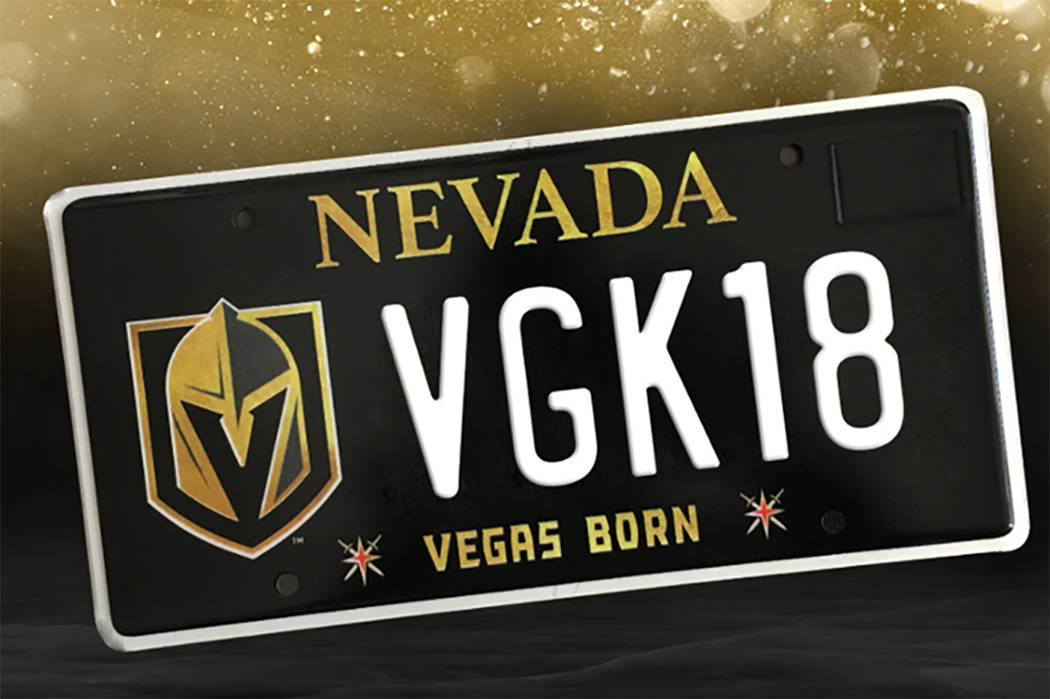 The Raiders provided an update to the DMV’s stats showing 12,133 plates were actively registered as of Jan. 27, with fees associated with the plates tallying $355,923 toward the team’s charitable arm, the Raiders Foundation.

“Mark Davis has said repeatedly that Nevada is getting more than a football team, they are getting an army that is committed to working in the community and assisting everywhere we can help make a difference,” said Raiders President Marc Badain. “The Raider specialty license plate program is another example of that commitment.”

None of the fees from the plate registrations goes to the Raiders as profit, as $30 goes to the team’s charity and the remainder of the $62 fee goes to the state.

The Raiders Foundation supports nonprofit organizations that support the military and those that boost youth development through the game of football in Southern Nevada.

“Every dollar generated from the program goes right back into the community via the Raider Foundation grant program,” Badain said. “Every fan that is proudly displaying the license plate on their automobile is contributing to community programs across the entire state of Nevada. “

“The Vegas Golden Knights ‘Vegas Born’ license plates continue to be immensely popular here in Nevada as we close in on nearly 45,000 registered,” said Brian Killingsworth, chief marketing officer for the Knights. “We are constantly overwhelmed by the support from our community and the pride local residents have in their Vegas Born team. From FLOWR, 4CHEK to 71F4N, we especially appreciate the creativity fans have shown in their personalized customization of the plates.”

The Knights have yet to add their charity, Vegas Golden Knights Foundation, to their plate and the majority of the money from the plate’s $37 initial fee and $10 per year renewal fee goes to the state highway fund. Additionally, $1 goes to each of a technology fund for DMV computer system modernization and a prison industry fund, aimed at promoting and developing vocational programs in state prisons.

The “Forever Strong” specialty license plate created to raise funds for the Vegas Strong Resiliency Center, which continues to assist victims of the Route 91 Harvest festival shooting, saw modest only returns after it went live Oct. 1. The license plate saw 818 active registrations in its first three months of availability.

Statewide there are 289,273 active specialty license plates, with 61 designs. Not all 61 are currently available, as some of the plates in use are of discontinued designs.