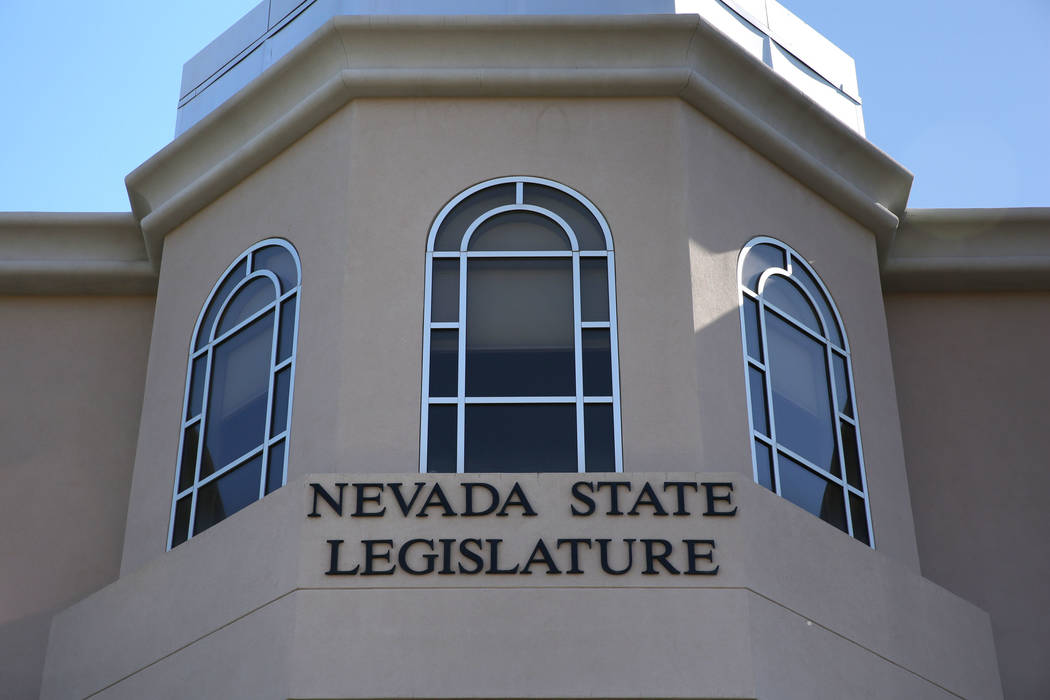 CARSON CITY — To the administrative and regulatory maze that is Nevada’s occupational licensing system, add this twist: More than half the state-appointed licensing boards employ lawyers or lobbyists at state expense, and occasionally they work against the state’s interests.

For 2017 through 2021, the state is footing more than $2.6 million in legal and lobbying expenses for 21 licensing boards, according to a review requested by the state Board of Examiners. The board, made up of the governor, attorney general and secretary of state, meets monthly to review and approve state spending.

That outlay comes with a caveat: The boards are technically funded by fees from professional licensing, not from the state’s general fund. But to critics, that’s a distinction without much difference. The boards are state-created entities, their members are appointed by the governor, and their contractual expenses still come before the Board of Examiners for approval.

“Other governors that I have spoken with are more often than not shocked that we pay private lobbyists to lobby the Legislature, because most states don’t allow this,” Gov. Steve Sisolak said Tuesday.

As an example, he cited legislation approved last session that tightened regulations on dry needling, an alternative medicine technique similar to acupuncture. Two state boards fought the bill, enlisting help from outside lobbyists.

“I’m just troubled by the fact that there is a total lack of transparency on some of this in terms of who’s doing the lobbying, and I question if the public is being served in the manner that it’s being done now,” Sisolak said.

Besides contracts to lobby lawmakers, other seeming conflicts appear with firms that do business with state boards. One Carson City law firm holds legal services contracts worth more than $750,000 with two licensing boards. The same firm represents state Senate Republicans in their ongoing lawsuit against the Sisolak administration and other elected state Democrats over the constitutionality of two tax bills from the 2019 session.

In seeking to rationalize, and possibly rein in, the state’s licensing processes, the Sisolak administration has set out to solve an issue that has vexed officials as far back as 1992, when a government reorganization study recommended reducing or consolidating the licensing boards. In June of this year the state Division of Internal Audit completed a two-year, two-part study of the state’s board system, recommending fixes that could form the basis of reform proposals from the governor’s office for the 2021 legislative session.

Among the recommendations: Establish executive branch oversight of the boards under the Department of Business and Industry and set standards for their operations by 2022.

Libertarian, free-market think tanks and other researchers say such licensing frameworks stifle competition, curtail employment and raise costs. A 2018 study by one such group found that Nevada has the highest rate of workforce occupational licensing in the country, covering nearly 27 percent of workers in the state.

Over the past month, the renewed scrutiny has led to dust-ups involving the state pharmacy board and dental board, and Sisolak has cited problems with other state boards “over what appears to be a pattern displaying a lack of oversight and accountability.”

That fee-based funding arguably provides a degree of separation for firms contracted by the boards but also working against the state’s interests. Allison MacKenzie, the Carson City law firm representing Senate Republicans in the tax lawsuit, cited that structure when asked about a possible conflict.

“The state licensing boards that the firm represents are funded by the members of those professions and are not part of the state’s budget,” partner and managing shareholder James Cavilia wrote in an email. “Based upon the funding of these licensing boards, the firm is not paid with taxpayer dollars.”

At the board’s request, state Budget Director Susan Brown, who serves as the board’s clerk, prepared a list of current licensing board contracts for legal services and lobbying. The subject will get in-depth discussion at the board’s next meeting Dec. 10.

The list, compiled in late June, showed 12 boards with legal services contracts with outside firms that total $1.8 million, and 12 paying outside lobbyists more than $800,000. Three boards use outside firms for both. Four of the contracts ended in July. The others extend as far as the end of 2021.

Rather than outside counsel, the internal audits recommended that the boards rely on the attorney general’s office for legal services so the office “maintains awareness of the activities of boards and that there is consistency among boards’ actions.”

The contract list “may not be all-inclusive,” Brown told the board.

“We believe there are others out there that have not sent the contracts through to the Board of Examiners like they’re supposed to,” she said.

The other board members, Secretary of State Barbara Cegavske and Attorney General Aaron Ford, shared Sisolak’s concerns. Both former state lawmakers, they also acknowledged the benefit of hearing all sides of the debate on bills before the Legislature.

“I do think that there is an issue with the state paying for a lobbyist,” Cegavske said. “I do think we need, and have the right to know, who it is and how many there are.”

Ford said his office would review whether the board had the authority to “render null and void contracts that have been executed but not approved.”