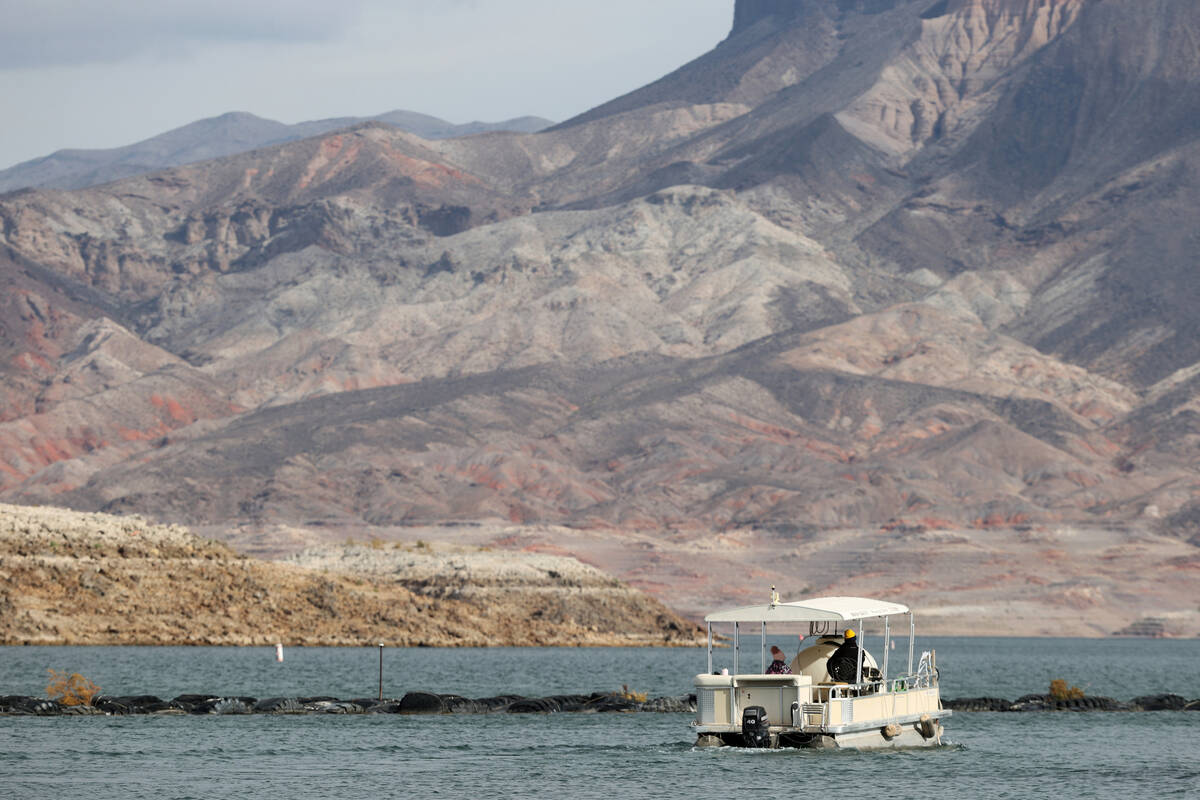 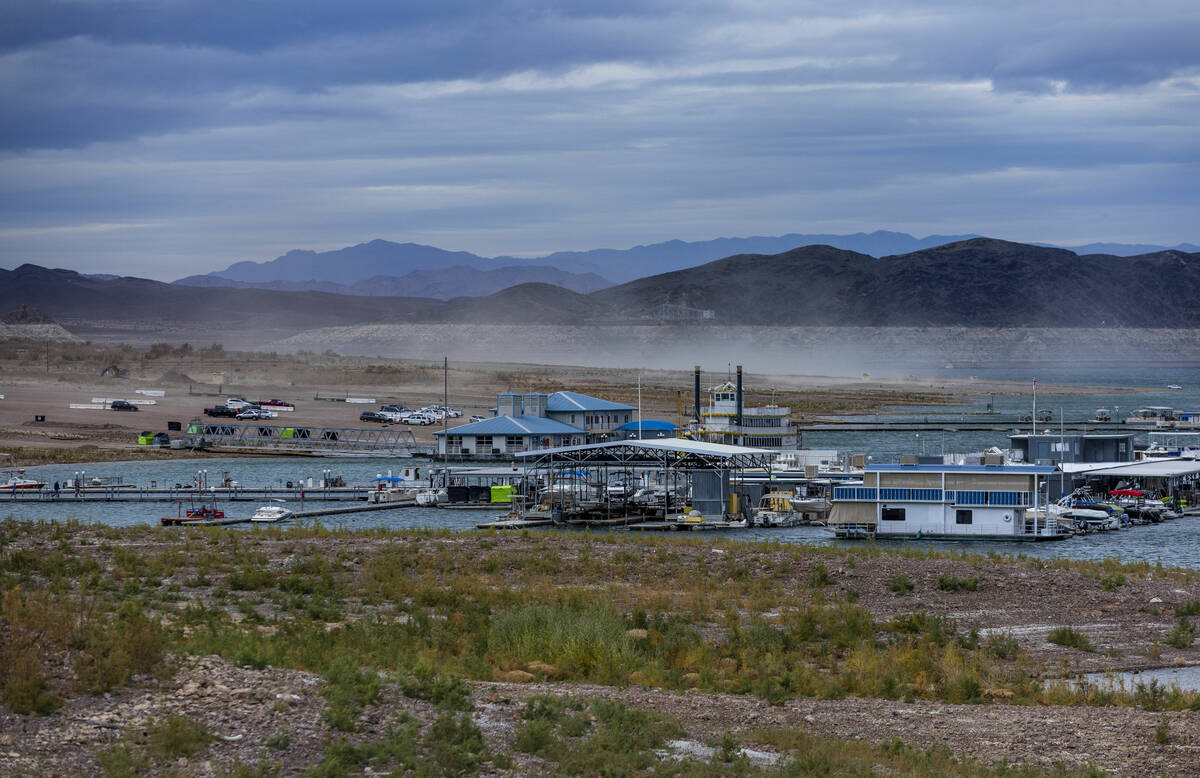 Dust is kicked up from a bulldozer with Las Vegas Boat Harbor at the Lake Mead National Recreation Area on Dec. 27. Heavy snow in the Rockies may help boost the lake's declining water level. (L.E. Baskow/Las Vegas Review-Journal)

The original extended boat ramp and walkway at Callville Bay is no longer in use with a new lot and ramp closer to the marina as the waterline continues to recede at the Lake Mead National Recreation Area on Wednesday, July 20, 2022, in outside Boulder City. (L.E. Baskow/Las Vegas Review-Journal) @Left_Eye_Images 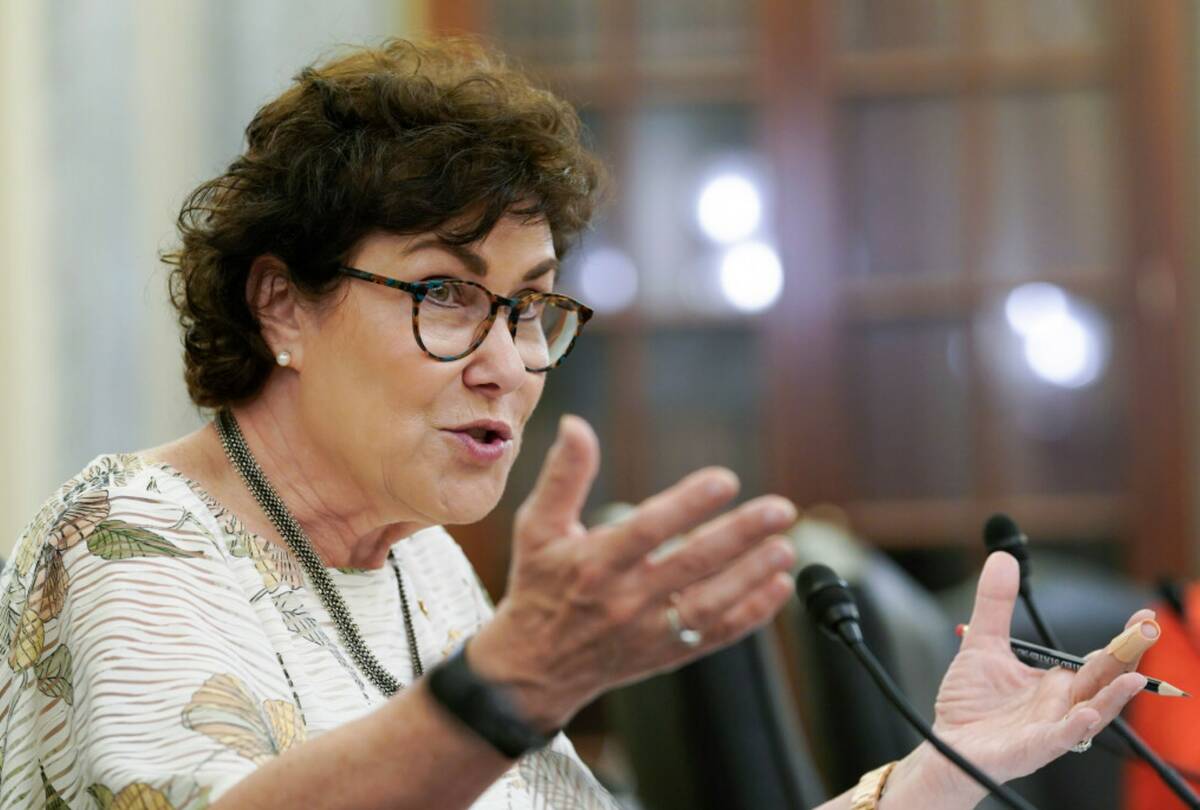 Sen. Jacky Rosen, D-Nev., asks a question during a hearing in August 2022 on Capitol Hill in Washington. (AP Photo/Mariam Zuhaib)

A proposal from the National Park Service that could leave a shrinking Lake Mead with no functioning boat launch ramps has drawn the ire of one of Nevada’s U.S. senators.

Nevada Sen. Jacky Rosen on Thursday sent a letter to National Park Service Director Charles Sams, detailing her opposition to one of the options the agency has put forward as one possible future of boating access at Lake Mead as a decades-long drought has sent levels at the nation’s largest reservoir plummeting at an alarming rate.

In the letter, Rosen said her office has heard from nearly 600 Nevadans who have expressed concern over that third option, which would effectively curtail boating access to the reservoir that sees more than 7 million annually.

“Concept 3 is not a solution, but rather will greatly reduce recreation and visitation and shut the doors of small businesses in southern Nevada, depleting critical revenue streams for local economies,” Rosen wrote in the letter.

The park service closed the launch ramp at Echo Bay in the last year, which left Hemenway Harbor as the only official launch ramp on the lake.

Hundreds of boaters showed up to a public park service meeting last month to voice their opposition to Concept 3.

Rosen called on the park service to develop “creative and sustainable solutions” without removing access completely and said that she would look for ways to secure the funding needed to find a “viable path forward for the Lake Mead National Recreation Area.”

The public still has until Jan. 22 to submit comments on the park service’s proposals, or even submit their own ideas for how best to address the access issues.

Comments on the plans can be submitted at parkplanning.nps.gov/LAKE-Low-Water-Access.