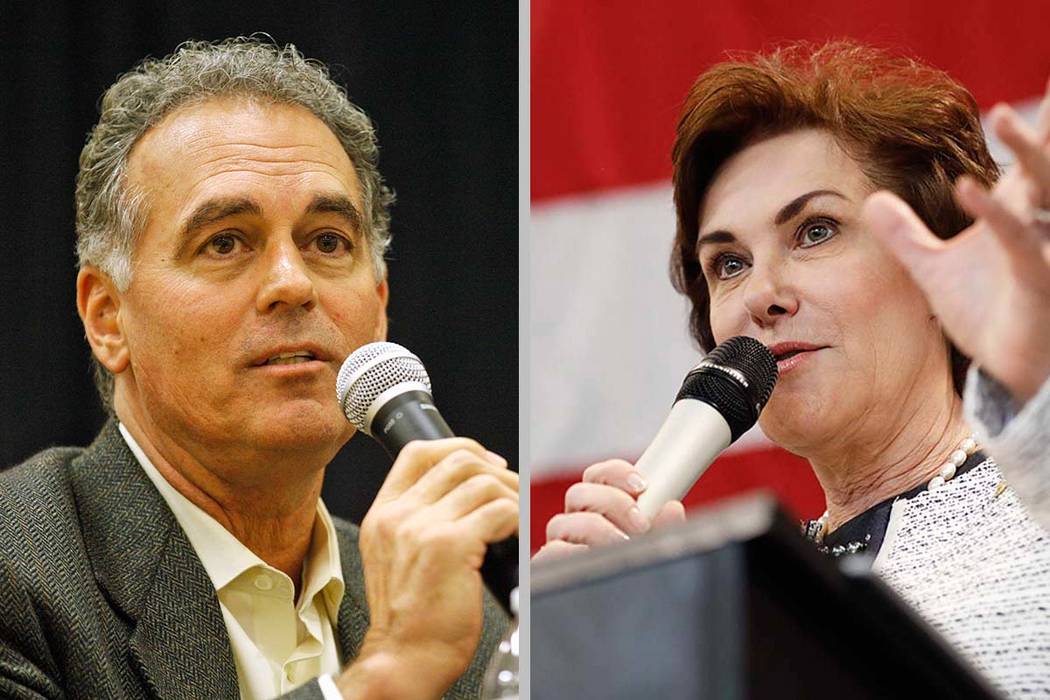 On a 5-2 vote, justices ordered a lower court to dismiss a lawsuit filed by Tarkanian against Rosen claiming he was defamed in campaign ads aired during the 2016 election cycle. Chief Justice Mark Gibbons and Justice Kristina Pickering dissented from the majority’s opinion.

Tarkanian filed the lawsuit a week after losing to Rosen in a tightly contested race for Nevada’s 3rd Congressional District.

The lawsuit revolved around television and social media ads that surfaced in the final weeks of the election that used Tarkanian’s role as the registered agent for companies that acted as fronts for fraudulent charities. One ad claimed that “seniors lost millions from scams Danny Tarkanian helped set up.” Registered agents typically handle legal paperwork for companies but don’t deal with day-to-day operations.

Tarkanian’s lawsuit, which sought $8 million in damages, claimed the ads were “nearly identical” to allegations made by Tarkanian’s 2004 state Senate opponent, Democrat Mike Schneider. Tarkanian, who lost that election, successfully sued Schneider and received a $150,000 judgment in 2009.

In the lower court ruling to deny Rosen’s request to dismiss the case, the judge said that Rosen’s statements were not made in good faith and agreed with Tarkanian that the statements were similar to those made by Schneider in 2004. But the court made no finding on whether those ads constituted defamation.

Rosen and her campaign appealed that ruling.

In the majority opinion written by Justice James Hardesty, the court held the lower court erred in that denial because “Rosen showed a preponderance of the evidence that she made the statements in good faith.” The order sends the case back to the lower court to be dismissed.

Tarkanian was the registered agent for the company Master Fundraising. The company’s director, Jan Wrobel, was sentenced to 14 years in prison in 1999 for defrauding elderly victims out of more than $3 million.

Tarkanian’s tangential role with the company has haunted the perennial candidate in nearly every political race of his career. During the 2016 Republican primary, Tarkanian’s campaign sent cease-and-desist letters to Las Vegas television stations demanding they stop airing ads that were being run by his Republican opponent Michael Roberson that again focused on Tarkanian’s ties to the company.

Tarkanian, in a statement, said he was “shocked and obviously very disappointed” by the decision, and added that he believes it will have a chilling effect on candidates who think they’ve been slandered.

“The Supreme Court took the very unique opinion that Jacky Rosen’s advertisements implied I only did legal work for telemarketers and did not imply I was involved in the telemarketers’ illegal activities, despite the fact that 2 million viewers in Southern Nevada came to the opposite conclusion,” Tarkanian said. “If I could not win this obvious defamation case the message from the court is that there is nothing a candidate can say in politics which will rise to the legal level of defamation.

“Years ago when I told my father I wanted to run for public office he asked me why,” the statement continued. “He said, the politicians that are the most successful are the ones that lie the best and have the most money to lie the most often. The Supreme Court in this decision proved my father right again,” Tarkanian added.

4
As council reacts to history, Fiore calls Trump ‘one of our greatest’