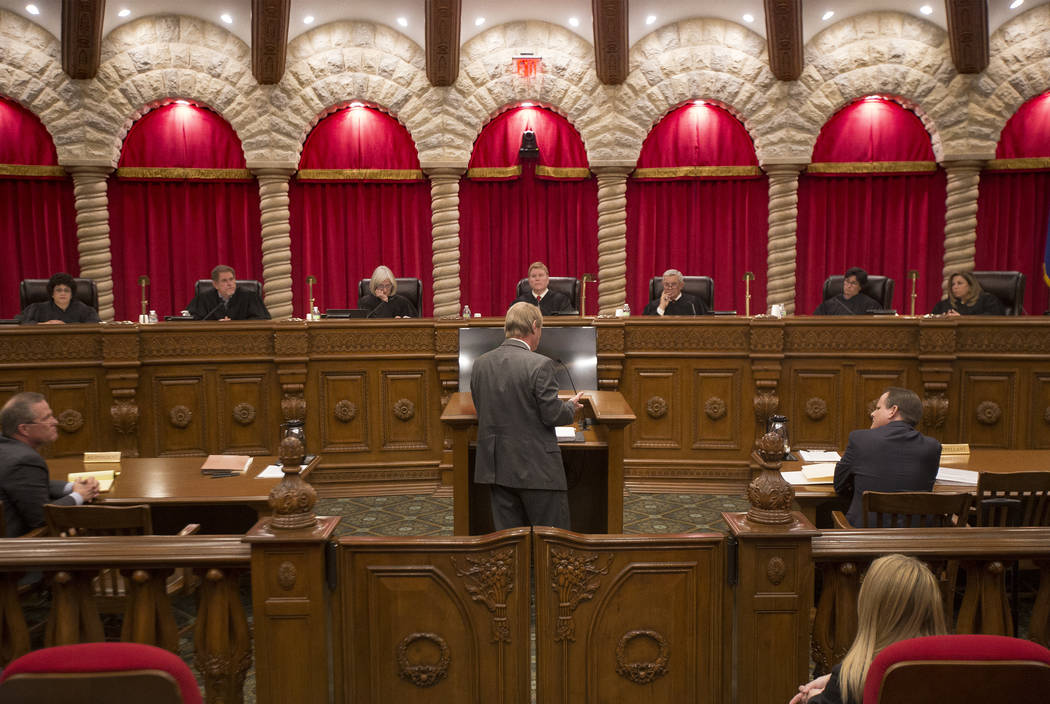 But the Supreme Court did not rule on whether a Storey County blogger who brought the case qualifies for that protection, sending the underlying matter back to the lower court for rehearing.

Despite having to relitigate matters in the lower court, blogger Sam Toll called the decision “a major victory for journalists in Nevada and across the country.”

Toll writes about news in Virginia City. He was sued for defamation by Lance Gilman, owner of the Mustang Ranch brothel and manager of the Tahoe Reno Industrial Center, for stories Toll wrote claiming that Gilman did not live in Storey County and was therefore ineligible to serve on the county commission.

Toll moved to dismiss Gilman’s case on free speech grounds under the state’s law against so-called SLAPP lawsuits — Strategic Lawsuits Against Public Participation. The lower court ruled that Gilman had a possible viable claim and allowed Gilman to depose Toll.

As part of the deposition process, Gilman moved to compel Toll to reveal his sources, arguing that the shield law didn’t apply to bloggers.

The district court sided with Gilman, finding that while Toll was a reporter, he and his blog were not covered by the law because Toll was not a member of the state Press Association and his blog did not qualify as a newspaper because it runs only online.

Ruling unanimously, the top court said that the drafters of the shield law, last modified in 1975, could not then have anticipated the rise of digital media and found that “just because a newspaper can exist online, it does not mean it ceases to be a newspaper.”

“While we decline to resolve whether or not a blog falls under the definition of a newspaper, we conclude that a blog should not be disqualified from the news shield statute under (state law) merely on the basis that the blog is digital, rather than appearing in an ink-printed, physical form.”

The court instructed the lower court to review its decision compelling Toll to reveal sources based on Thursday’s ruling.

“In a time when it is more difficult and dangerous to be a journalist, I am encouraged by Nevada’s Supreme Court’s ruling,” Toll said in an emailed statement. “The ruling confirms what I believe everyone takes for granted in today’s digital age; online journalists are real journalists and deserve the protection of Reporter Shield Laws.”