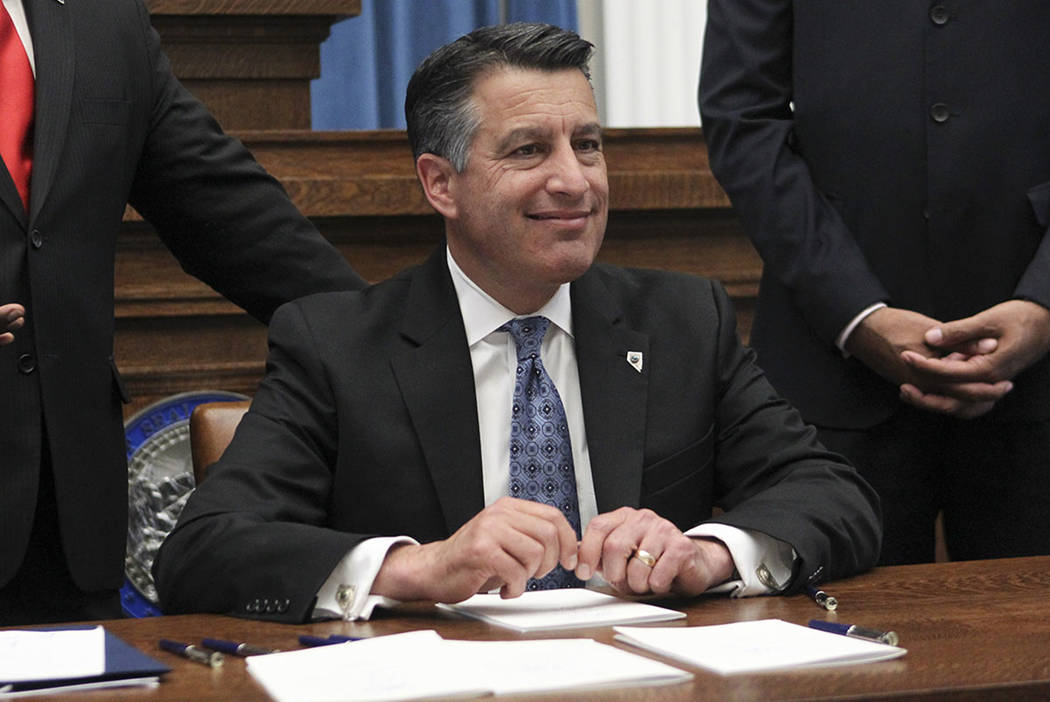 Several laws adopted by the Nevada Legislature in 2017 sprang into effect just after midnight Sunday as fireworks exploded over the Strip, marking the start of the new year.

Amid the new crop of legislation are laws that require state insurance plans to cover contraceptives, strengthen penalties for guardians who abuse or neglect vulnerable persons in their care, and increase regulations on day care facilities.

The enactment of Senate Bill 233 and Assembly Bill 249 guarantees Nevada women access to contraception and other preventive care services, such as mammograms and HPV screening and vaccinations. The new laws require private and state insurance plans, including Medicaid, to provide coverage for reproductive health and allow women to obtain a 12-month supply of contraceptives.

As of Jan. 1, regardless of the number of children in a facility’s care, employees must complete 24 hours of training, 12 of which must be specific to the age group served by the facility. Senate Bill 189 requires employees to complete two additional hours of training every year in recognizing and reporting child abuse or neglect, and requires day care facilities to run expanded background checks before hiring new employees.

Senate Bill 201, modeled on similar laws enacted in California and New Jersey, prohibits mental health professionals from conducting “conversion” therapy on minors. The bill was passed to protect children from substantial physical and psychological harm that can be caused by the therapy, which seeks to change an individual’s sexual orientation or gender identity and has not been shown to be medically or clinically effective.

Senate bills 229 and 360 make it easier for adults requiring guardians to nominate another person to be appointed as a guardian, and impose tougher penalties on abusive or neglectful guardians.

Previously the court could only give preference to guardians nominated in the adult’s will, trust, or other document executed while the vulnerable person was still competent. SB 229’s enactment means adults seeking a new guardian need only fill out a request form signed by two impartial adult witnesses. SB 360 creates a “Ward’s Bill of Rights” and increases the maximum sentence from six years to 20 years in prison for a guardian who exploits, neglects or abuses a person under their care.

The new year also brings laws authorizing the use of alkaline hydrolysis — a water-based dissolution process — to cremate bodies; requiring moped drivers to use the right lane of a road except within a quarter-mile of a left-hand turn; requiring performers, trainers, and workers in live entertainment (including set designers, prop handlers and more) to complete 10 to 30 hours of Occupational Safety and Health Administration training within 15 days of being hired; and prohibiting the purchase, sale or possession with intent to sell animal parts or byproducts of several sensitive species, including tigers, lions, rhinos, sea turtles, elephants, sharks, mammoths, walruses, whales and hippos, among others, with exemptions for antiques, musical instruments, knives and firearms, and for scientific or educational institutions.