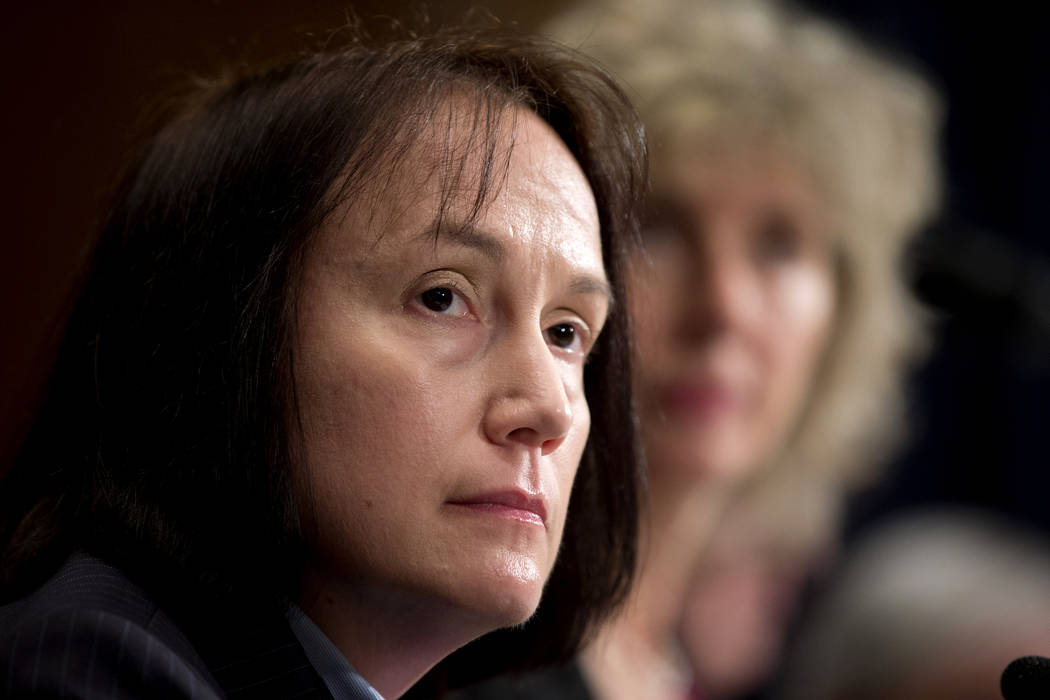 WASHINGTON — The head of the Nuclear Regulatory Commission asked Congress on Wednesday for $30 million and staff to review the expected restart of the license application to permanently store nuclear waste at the Yucca Mountain repository in Nevada.

NRC Chairwoman Kristine Svinicki is seeking the money for Yucca Mountain as part of the agency’s $952 million budget request for fiscal year 2018.

Svinicki said the 2018 budget is an increase over this fiscal year and due to $30 million for “Yucca Mountain activities.”

President Donald Trump, in his 2018 budget blueprint, asked for $120 million for the Department of Energy to continue the licensing process for permanent storage at Yucca Mountain and to develop temporary sites.

Sen. Lamar Alexander, R-Tenn., chairman of the Senate Appropriations subcommittee on energy and water development, said he favors moving ahead with the licensing to resolve a 25-year stalemate on disposal of nuclear waste.

“I strongly believe that Yucca Mountain can and should be part of the solution to the nuclear waste stalemate,” he said.

But Alexander said “even if we had Yucca Mountain open today, we would still need to look for another permanent repository. We have more than enough used fuel to fill Yucca Mountain to its legal capacity.”

Alexander said he would introduce a bill to create a new federal agency to find additional permanent repositories and temporary storage sites.

Two private contractors are seeking a license to temporarily store nuclear waste in Texas and New Mexico. Svinicki said it would take three years to complete licensing on those sites.

She said the Yucca Mountain license process would take between three to five years to adjudicate more than 300 legal challenges, many of which were filed by the state and involve groundwater concerns.

Nevada has denied the federal government water rights for the Yucca Mountain site, and the land must be permanently withdrawn from future use, two obstacles that remain in moving forward on development of the site, Svinicki said.

Sen. Dianne Feinstein, D-Calif., the ranking Democrat on the subcommittee, questioned the safety of permanent storage at Yucca Mountain, citing earthquake fault lines and volcanic activity in the area.

“Based on what I know, I sure don’t think that is safety, or safe,” she told Svinicki. “And I would ask you to think about it.”

Feinstein also noted political opposition in Nevada to permanent storage of nuclear waste and the need to look for alternative places to store waste.

“No state should be forced to accept nuclear waste and put their communities in danger,” said Cortez Masto.

Added Heller: “It’s irresponsible to commit further resources to a project that will never see the light of day.”

The licensing process on Yucca Mountain began in 2008 but ended in 2010 when the Department of Energy, under the Obama administration, declared the site was no longer “a workable option.”

The Obama administration backed a consensus-based siting process to select a permanent storage site, a process that Feinstein supports.

There is currently 88,000 tons of nuclear waste that has been produced by more than 33 energy plants nationwide.

Yucca Mountain was selected by Congress in 1987 as the site for permanent storage of nuclear waste from electrical generating plants.