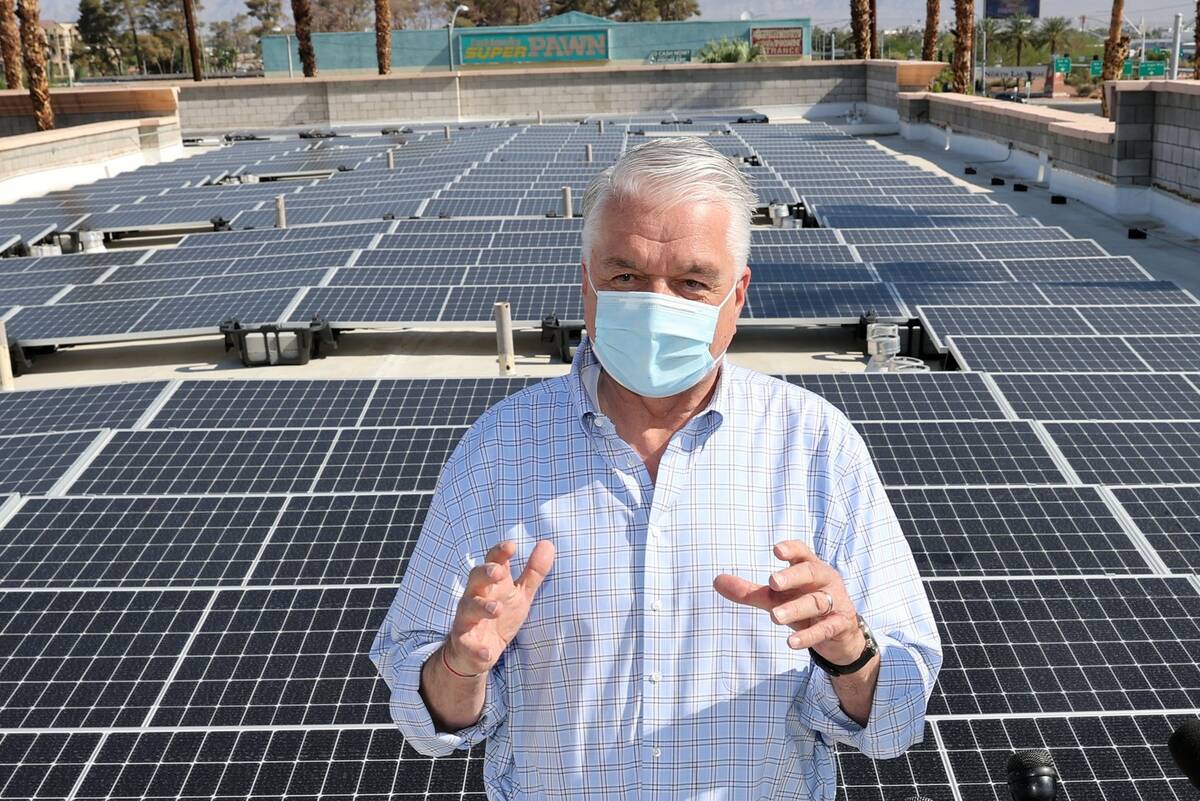 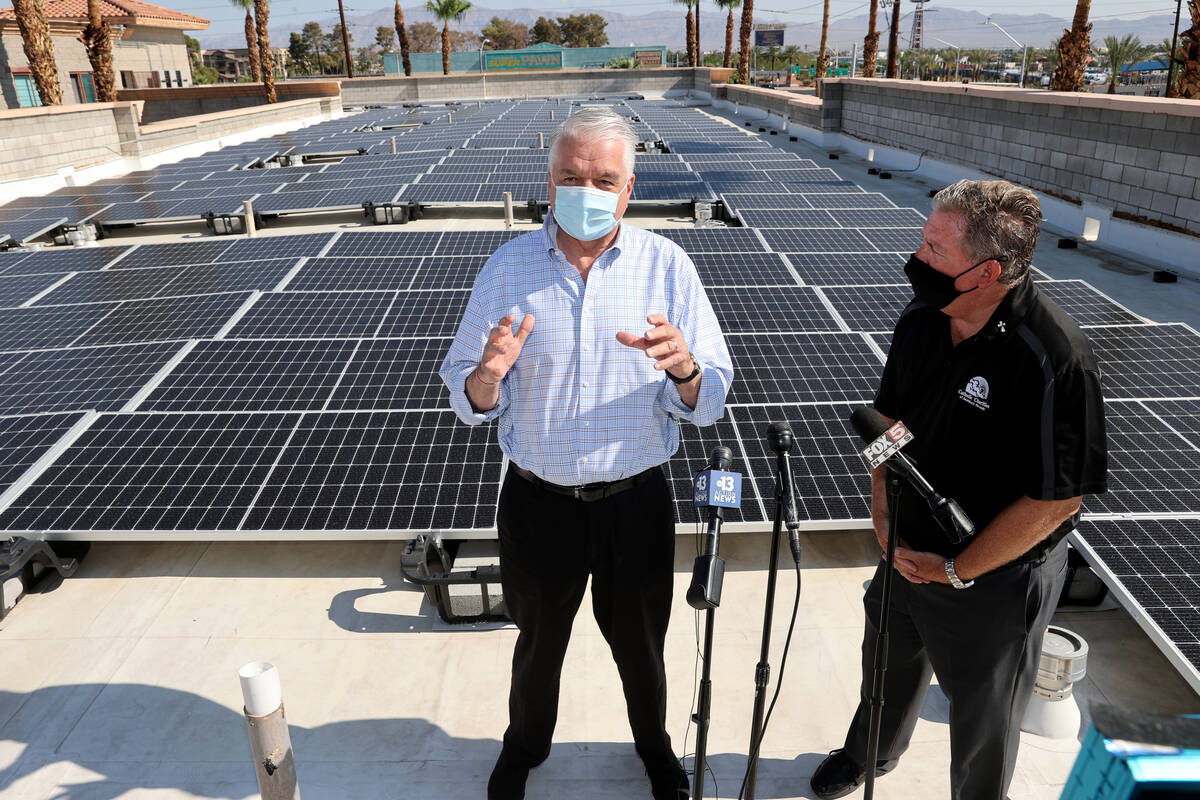 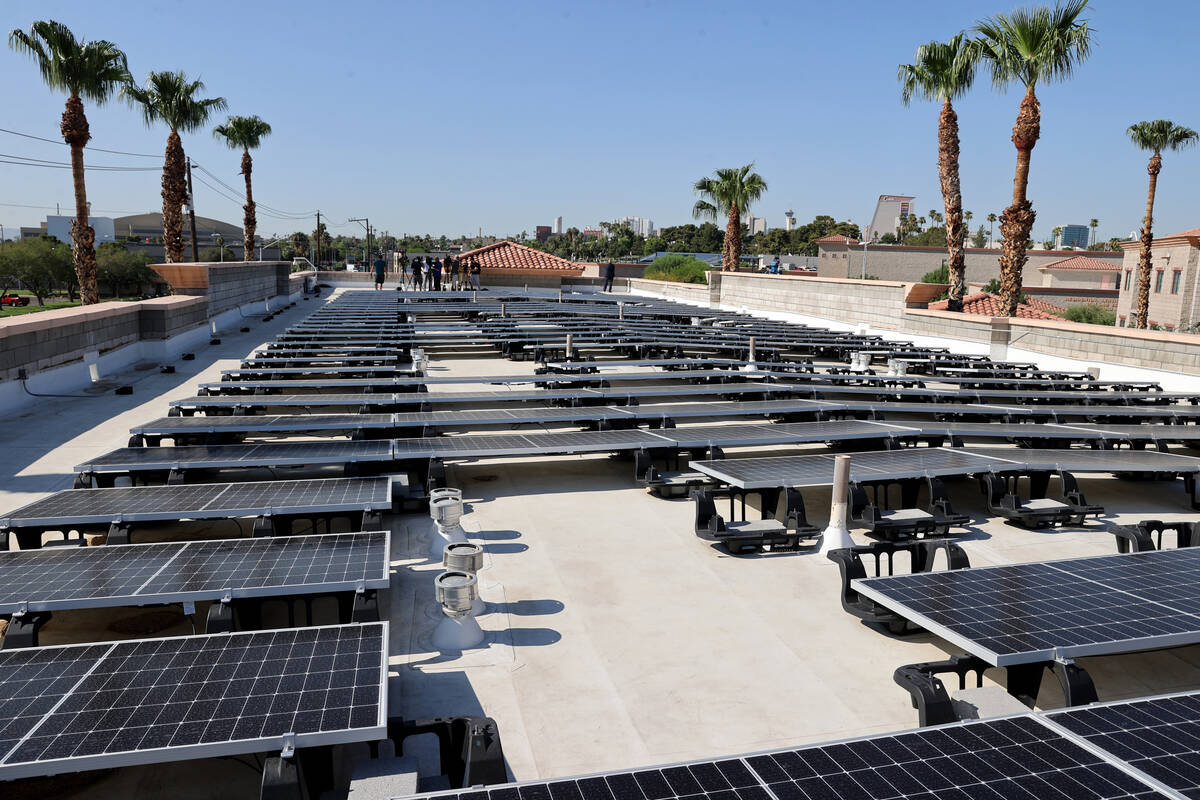 “Nevada leads the nation in terms of solar production,” Sisolak said, adding that the state is investing in transmission lines, has the largest lithium deposits needed for batteries and is moving forward on capturing geothermal energy.

Sisolak was one of four Democratic governors on the panel sponsored by the Center for Innovative Policy, a liberal think tank, to discuss climate change issues addressed in a proposed $3.5 trillion spending package being pushed by the Biden administration.

The proposed legislation has hit a snag in Congress with opposition from Republicans and divisions among Democrats over the price tag, tax hikes on the wealthy and entitlement program spending.

Talks among the House, Senate and the White House continued this week. Republican governors have not endorsed the president’s spending package, and many question the climate proposals and shifts in energy policy.

“Nevada has the fifth-highest gas tax in the country, yet Governor Sisolak has indicated no interest in relieving this burden on hardworking families,” said Maddie Anderson, a Republican Governors Association spokeswoman. “Nevada’s gas prices are the third-highest in the country.”

But Granholm said the Democratic governors on the panel were from states with a track record of energy innovation, with programs that could become a blueprint for federal policies to develop renewable energy and address climate change.

She said “scorching fires” in Nevada and New Mexico, rising sea levels and extreme weather make the spending necessary to continue progress made by states to lessen the nation’s carbon footprint and combat extreme weather events.

Granholm said the legislation would provide block grants for states such as Nevada, where Sisolak said $100 million has been invested for electric vehicle charging stations.

Coupled with a $1.2 trillion bipartisan infrastructure bill, which would provide $4 billion for Nevada projects, Granholm said both pieces of legislation would lead to a creation of good-paying jobs and provide clean energy.

“We need both bills,” she said. “We cannot let this moment pass by.”

North Carolina Gov. Roy Cooper said offshore wind farms developed along the East Coast could provide clean energy produced in his state to nearby states of Virginia and Maryland.

Sisolak said Nevada is “committed to expanding all of our renewables.” He said research at the University of Nevada Las Vegas would capture energy that could be lost, and transmission lines will allow the state to export that energy.

“We are doing everything we can,” Sisolak said.

Bogged down in Senate

The spending package faces hurdles in the Senate where GOP lawmakers are united in their opposition and Democratic moderates Joe Manchin of West Virginia and Kyrsten Sinema of Arizona seek revision. Mansion wants the bill trimmed to roughly $1.5 trillion.

Energy proposals in the bill were approved by the House Energy and Commerce Committee. Some of those proposals have been met with bipartisan opposition on the Senate Energy and Natural Resources Committee.

Sen. Catherine Cortez Masto, D-Nev., received assurances this week from Manchin, who chairs the Senate committee, that a tax hike on hard rock mining royalties, proposed by the House, would not be in the final spending package.

Democrats on the House Energy and Commerce Committee, “jammed through a scheme that would impose new costs on natural gas and electricity that nearly every American family uses to heat and power their homes,” Barrasso told the Review-Journal.

He said the spending bill as written would wreak havoc on the economy and slash jobs, “especially those in energy-producing states.”