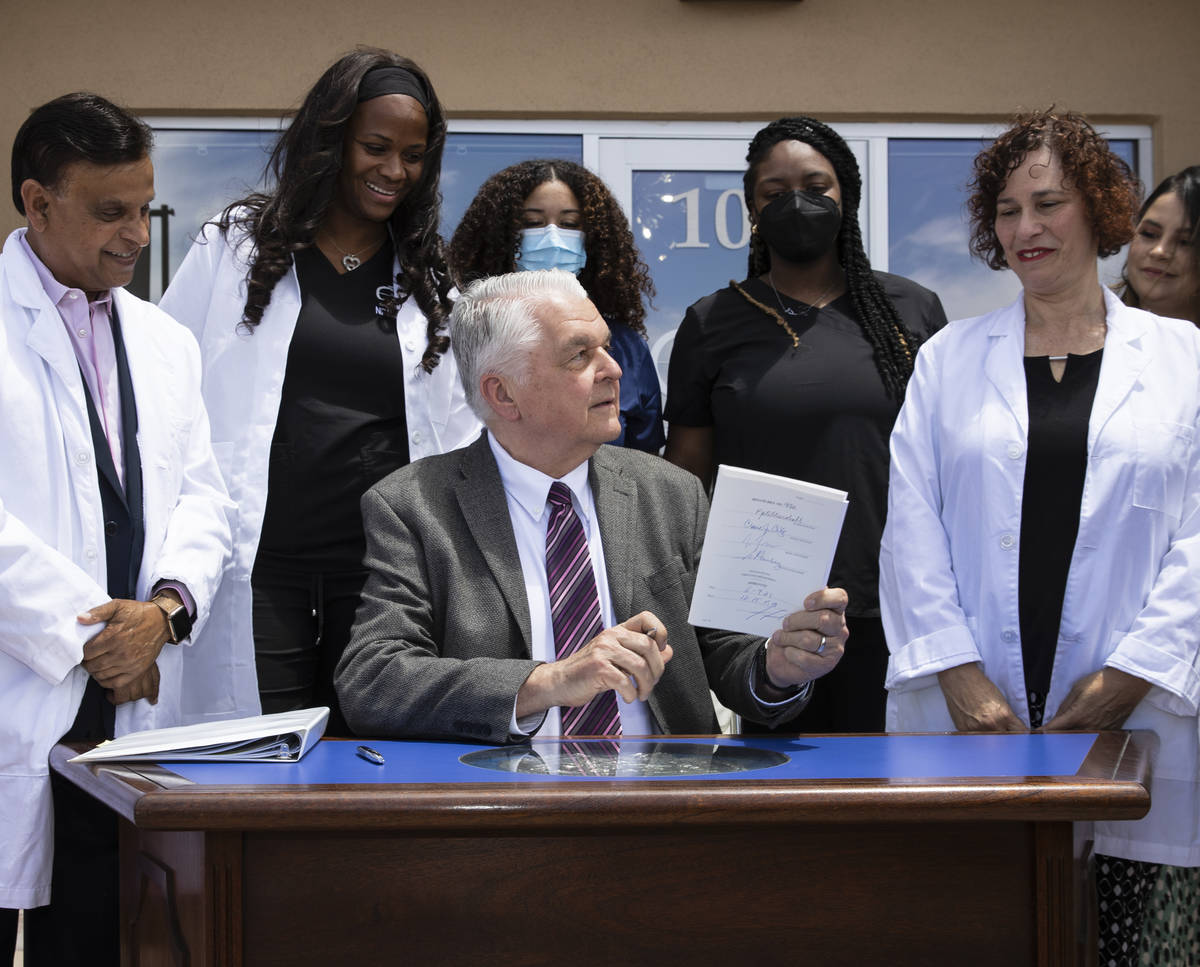 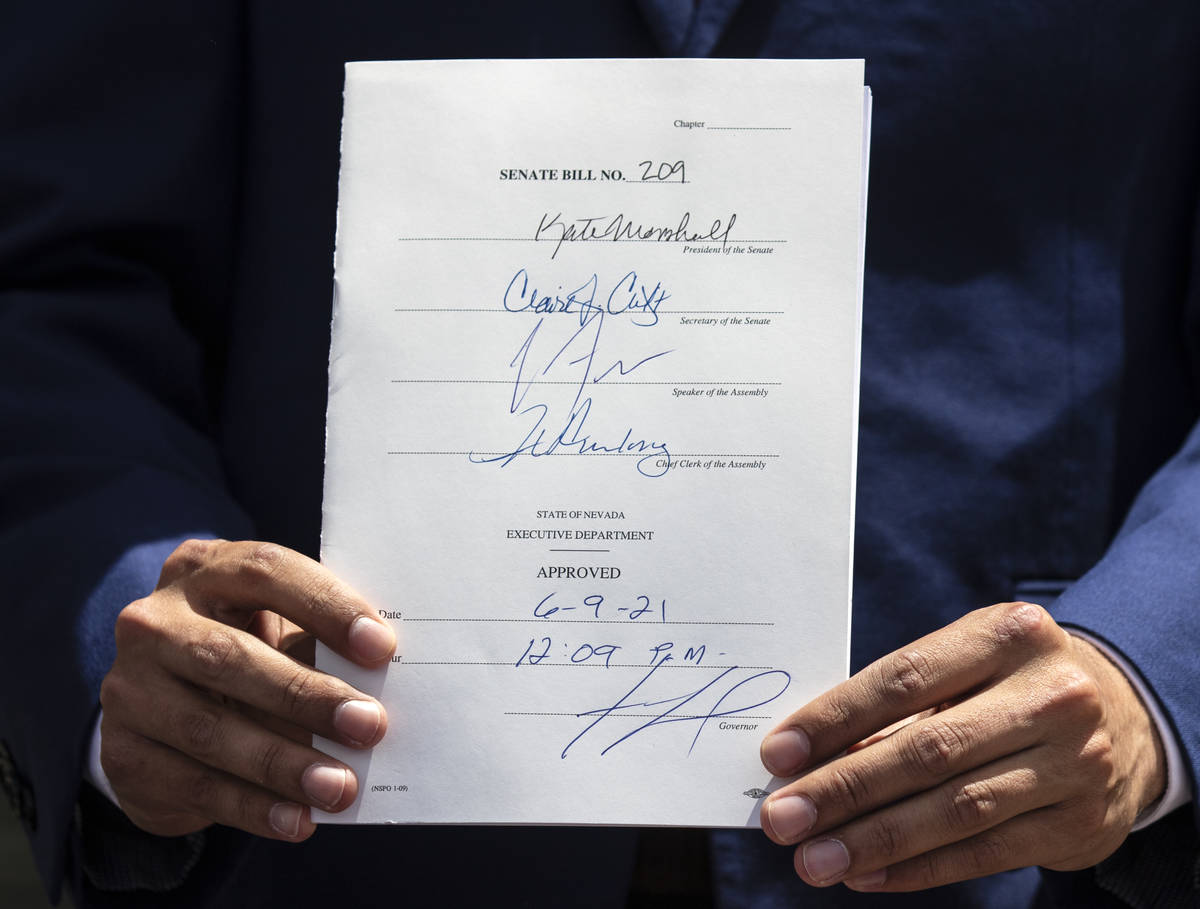 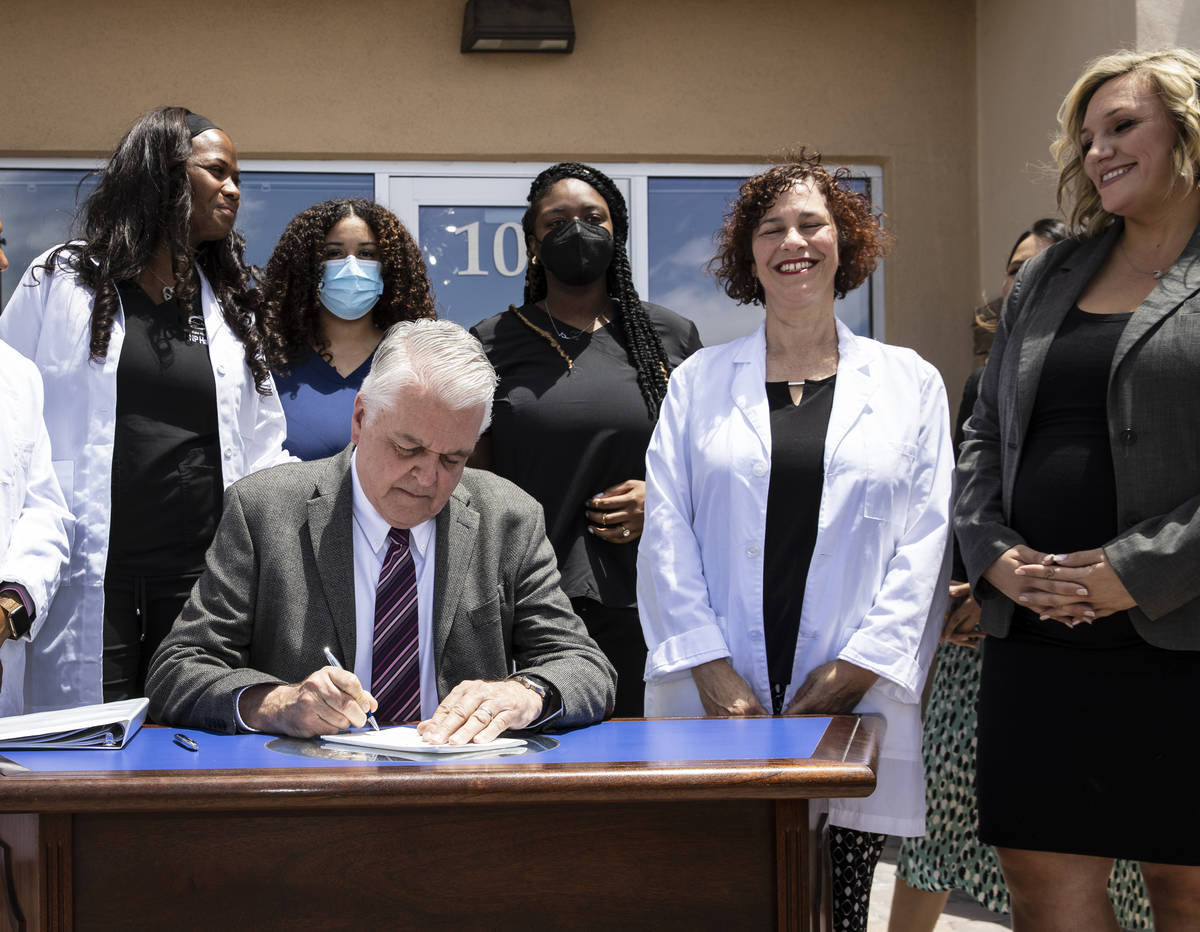 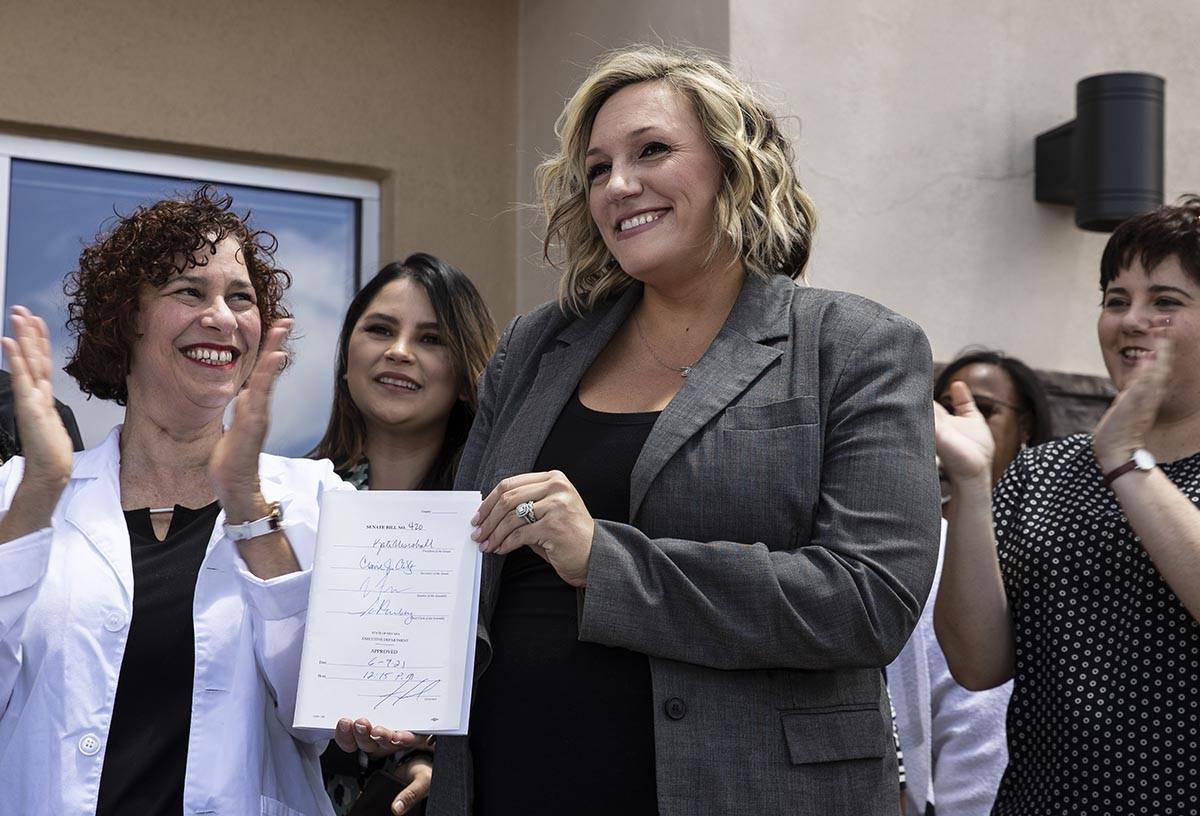 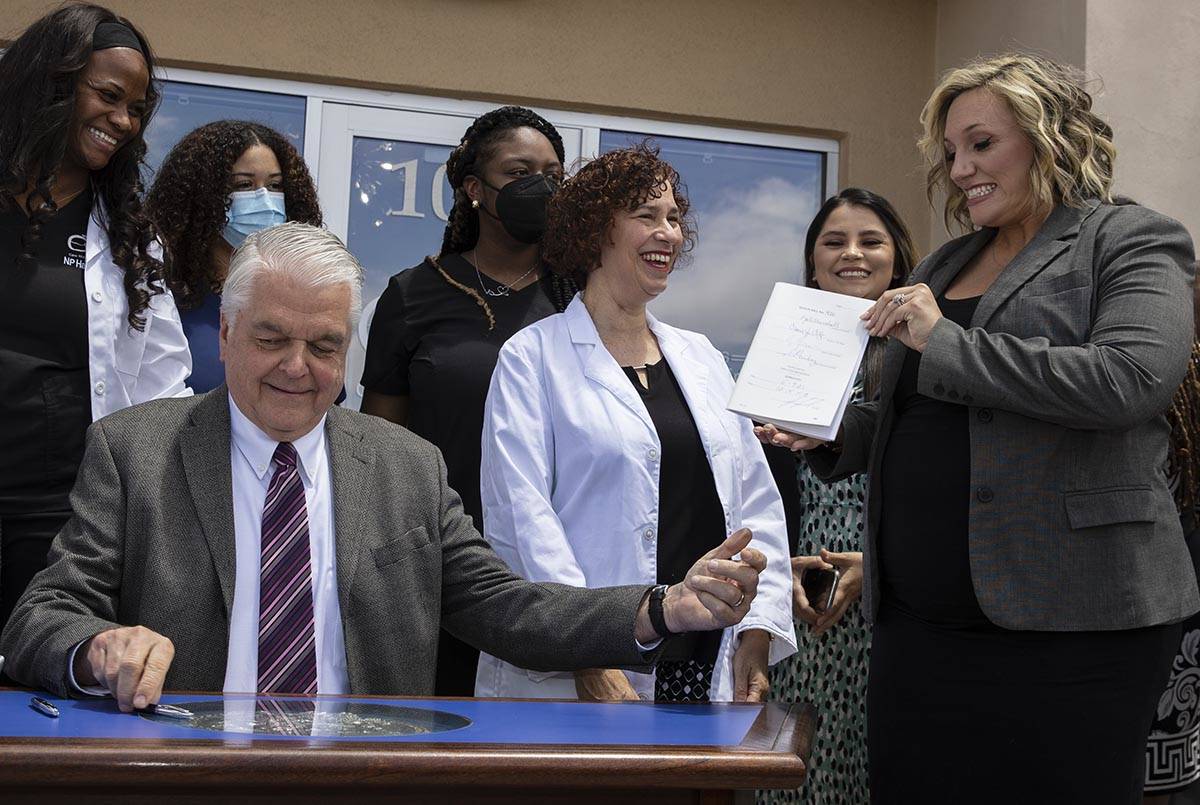 “While we have weathered the storm together with our battle-born spirit, COVID has exposed the fact that our state must strengthen our public health infrastructure,” Sisolak said. “Today, we’re taking steps to do just that by signing three bills into law that help us to move forward as a stronger, healthier Nevada.

Nevada state Senate Majority Leader Nicole Cannizzaro, who sponsored the public option bill, joined Sisolak for the signing at Care with Purpose Medical Center, as did several other legislators, health care workers and advocates from local progressive organizations such as Battle Born Progress and Progressive Leadership Alliance of Nevada.

“We are here today because we believe that every Nevadan should have the security of knowing a trip to the doctor or unexpected medical emergency won’t lead to crippling debt,” Cannizzaro said.

Cannizzaro’s bill will require companies that participate in the state’s Medicaid program to offer lower-cost, middle-tier insurance plans on the state health care exchange. These are expected to cost some 5 percent less than similar plans by 2026, up to 15 percent in 2030.

It passed both legislative houses with a straight party line vote. It will take effect in 2026.

Sisolak also signed Senate Bill 209, which requires employers to give paid leave to workers who miss time while getting their COVID-19 vaccinations, and Senate Bill 424, which creates the Public Health Resource Office within the governor’s office.

The governor then signed several bills related to statewide college education at the Nevada System of Higher Education office, including Senate Bill 434, awarding $25 million toward the construction of a medical school at UNLV.