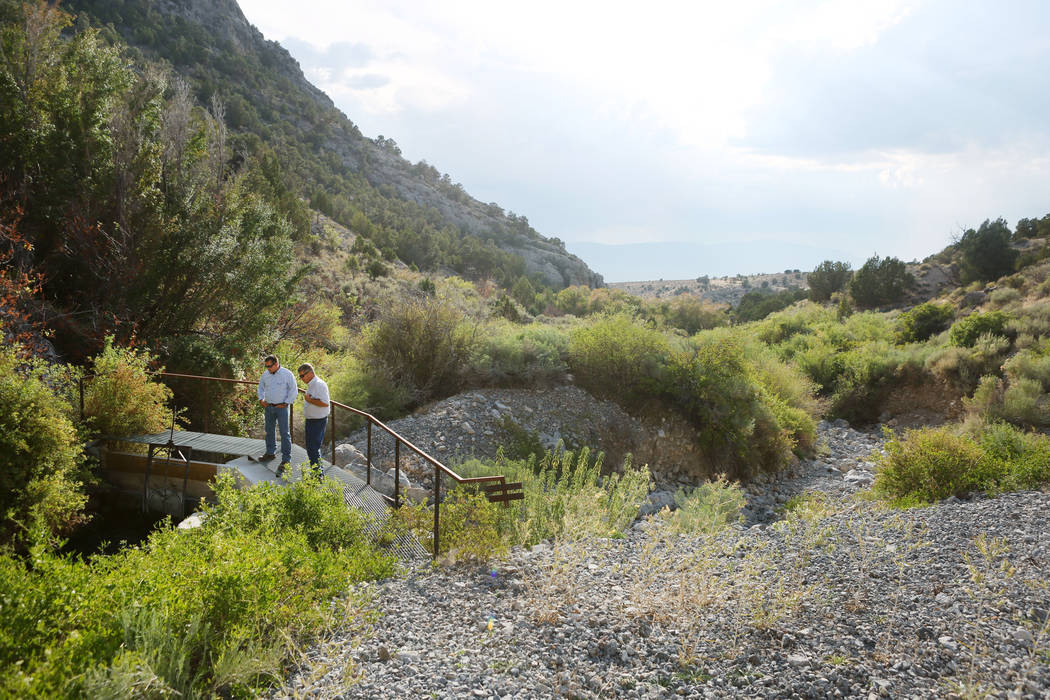 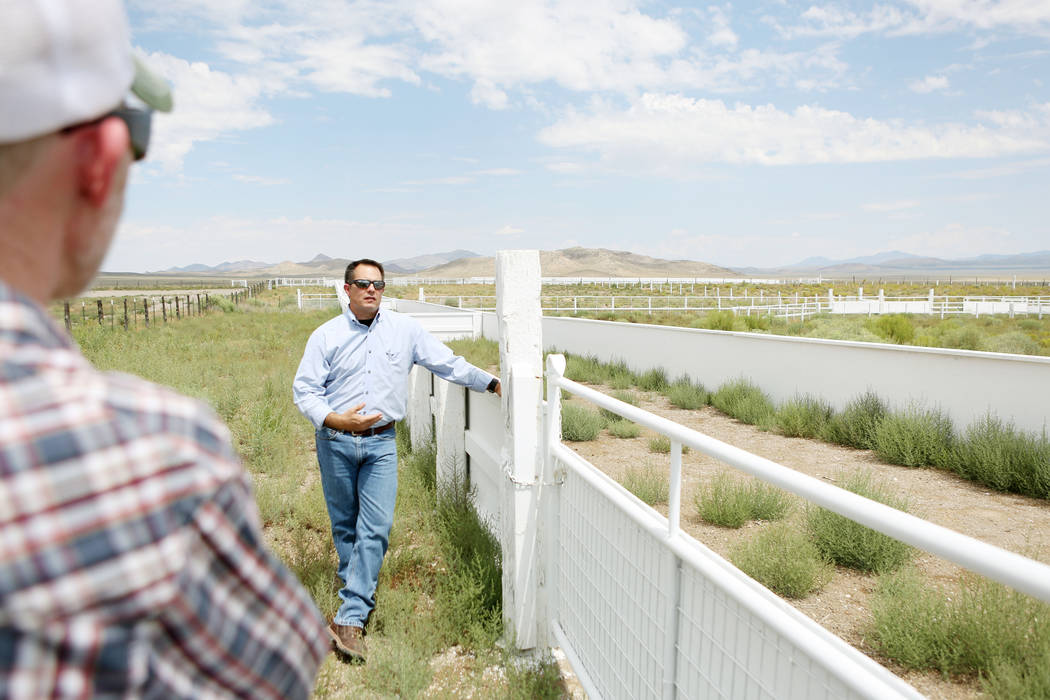 The Southern Nevada Water Authority defended its plans to tap rural groundwater — and even made a pitch for more — as the latest state hearing on its massive pump-and-pipe project got underway Monday in Carson City.

During opening statements before State Engineer Jason King, the authority’s lead attorney argued that the agency could safely take even more groundwater than it was awarded in previous state rulings on the multibillion-dollar plan.

“The state engineer did not err in granting SNWA’s permits,” attorney Paul Taggart said. “The same quantity of water — and in some cases more water — can be granted.”

But opponents of the project said authority officials should expect to get less water for their pipeline this time.

“It’s going to be significantly less,” said Paul Hejmanowski, attorney for the Church of Jesus Christ of Latter-day Saints, which owns land in the area. Otherwise, he said, “you are groundwater mining,” a practice prohibited by state law in which pumping exceeds a basin’s natural recharge. “You are permanently depleting what our future generations need.”

The authority is seeking permission to siphon up to 27 billion gallons of groundwater a year from Cave, Dry Lake and Delamar valleys in Lincoln County and Spring Valley in White Pine County. The water would be pumped to Las Vegas in a pipeline that’s expected to stretch at least 300 miles and cost about $15 billion.

King granted the authority up to 84,000 acre-feet of water a year from the four valleys in 2012, but a year later District Judge Robert Estes struck down the decision and sent the matter back to the state engineer for a rehearing.

Taggart made it clear Monday that his clients still object to Estes’ ruling, but must comply with it, at least until the agency exhausts its legal challenges.

He also sought to downplay the scope of the two-week hearing now underway.

Pipeline opponents hope to use the hearing to deal a fatal blow to the authority’s plans, which they insist will drain a large swath of arid eastern Nevada, destroying the landscape and the livelihoods of those who depend on it.

“The project is unsound and unsustainable,” said attorney Simeon Herskovits, who represents many of those who officially challenged the authority’s initial flurry of rural groundwater filings in 1989.

Hejmanowski said his clients aren’t seeking to block the pipeline altogether. The Mormon church is merely fighting to protect its water rights for the Cleveland Ranch in Spring Valley, where beef is raised for the church’s welfare program.

There probably is some water available in Spring Valley for the authority’s use, Hejmanowski said during his opening statement Monday, but it’s nowhere near the 61,000 acre-feet a year previously granted by the state engineer.