Trump to stump for Laxalt, Lombardo Friday in Las Vegas 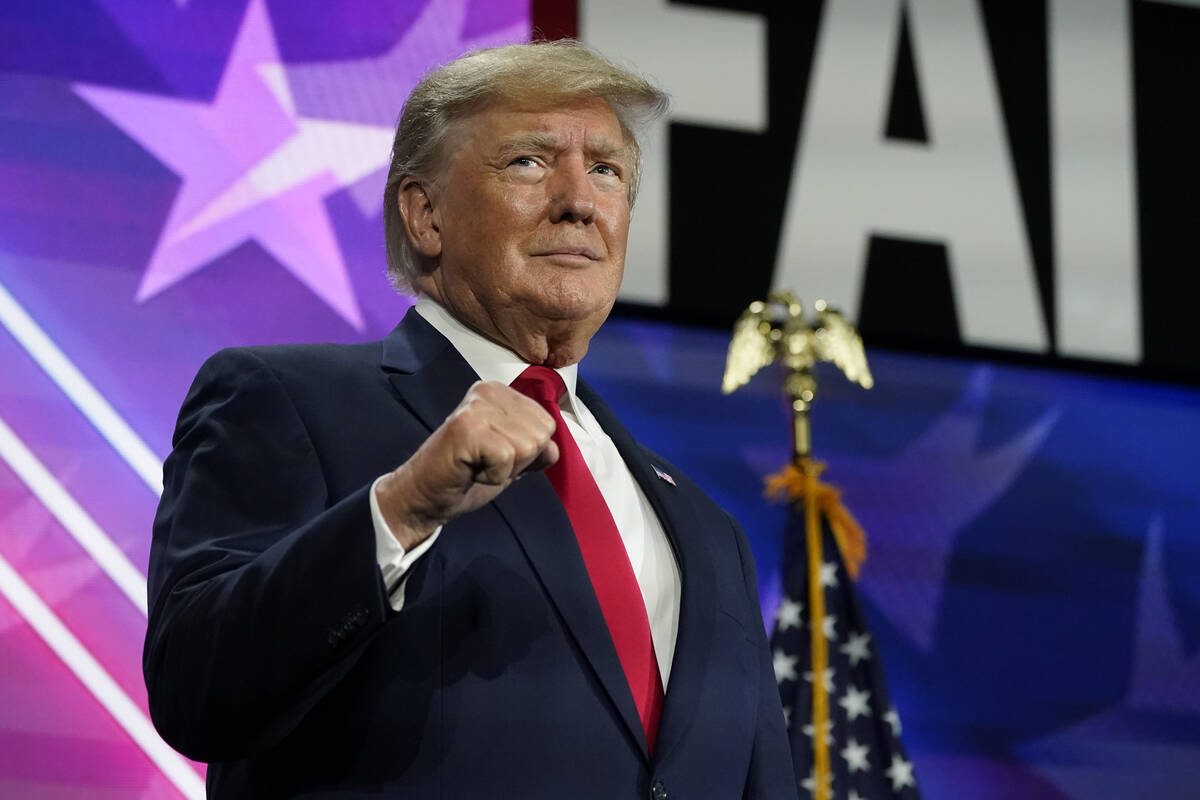 Trump will headline an event on the America First Agenda organized by his political action committee at the Treasure Island hotel-casino.

He is scheduled to speak at 6 p.m., preceded by a panel discussion including Laxalt and Lombardo at 5 p.m.

Both Laxalt, a former state attorney general and U.S. Senate candidate, and Lombardo, the Clark County sheriff and governor nominee, have received endorsements from Trump.

There, the three focused their attacks on President Joe Biden as other speakers discussed false conspiracy theories about the 2020 election.