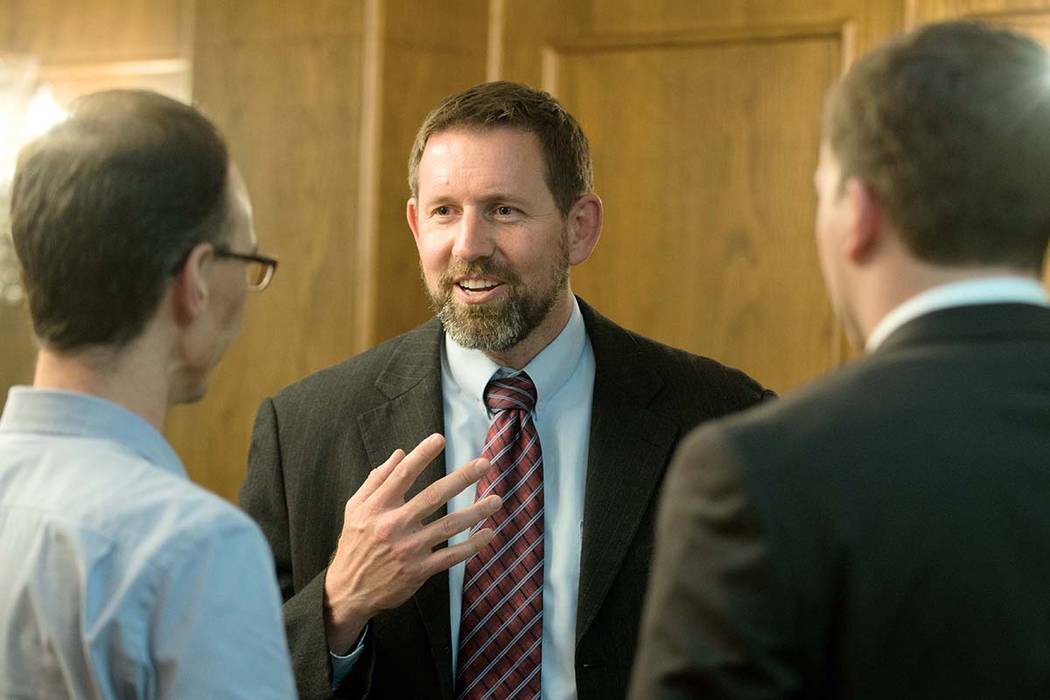 VanDyke, 46, broke down in tears with his family seated behind him in the Senate Judiciary Committee as senators drilled the nominee about a “not qualified” rating issued by the American Bar Association on Tuesday and questions about his views on gay and lesbian rights.

Republicans dismissed the ABA rating as a partisan attack on qualified candidate for appellate bench.

VanDyke, who served as solicitor general in Nevada under then-Attorney General Adam Laxalt, a Republican, was nominated by President Donald Trump on Sept. 20 to replace Judge Jay Bybee of Nevada, who took senior status.

Van Dyke, who also served as solicitor general in Montana, said in his opening statement: “I’m honored and humbled to be considered to continue that path of public service.”

Sen. Lindsey Graham, R-S.C., the chairman of the Judiciary Committee, called VanDyke a candidate with “incredible credentials” and deep ties to the Ninth Circuit.

But the platitudes ended there, and VanDyke found himself fielding a flurry of questions about his beliefs on gun control, gay and lesbian rights and environmental issues.

Sen. Dianne Feinstein, R-Calif., said VanDyke was an out-of-the-mainstream candidate who opposed a Nevada law on gun background checks on private weapons sales, favored a ban on same sex marriage and was opposed by Nevada Sens. Catherine Cortez Masto and Jacky Rosen, whom the White House did not consult before making the nomination.

“The White House made no intention of engaging in a meaningful consultation with us to find a consensus candidate from Nevada, nor were they willing to wait for our newly formed bipartisan judicial nominating commission to review potential candidates,” Cortez Masto and Rosen wrote in a letter to the committee.

The Nevada senators said even then-Gov. Brian Sandoval, a Republican, said VanDyke did “not represent the state of Nevada” when he challenged a bipartisan agreement protect sage grouse in the state.

VanDyke was rated “not qualified” for the appellate court position by a majority of an American Bar Association committee, which issued a damning assessment of the nominee on the eve of the confirmation hearing. (A minority of that committee rated him “qualified.”)

“Mr. VanDyke’s accomplishments are offset by the assessments of interviewees that Mr. VanDyke is arrogant, lazy, an ideologue, and lacking in knowledge of the day-to-day practice including procedural rules,” the ABA wrote in their assessment. “There was a theme that the nominee lacks humility, has an ‘entitlement’ temperament, does not have an open mind, and does not always have a commitment to being candid and truthful.”

VanDyke said he was “very hurt” by the rating. Graham and other Republicans came to his defense, dismissing the ABA which has traditionally rated candidates for lifetime court appointees.

Sen. Josh Hawley, R-Mo., said the ABA report said VanDyke would not state affirmatively that he would be fair and impartial to members of the LGBTQ community who came before his court. It prompted VanDyke to break down in tears as his wife and three children sat behind him.

“I did not say that. I do not believe that. It is a fundamental belief of mine that all people are created in the image of God,” VanDyke said.

Republicans sought to discredit the ABA rating, suggesting that those who drafted and rating had a personal grudge against VanDyke, a failed candidate for the Montana Supreme Court before he was hired by Laxalt in Nevada.

The woman who produced the rating and summary, VanDyke said, had contributed to his opponent in the Montana Supreme Court race.

But VanDyke was on the defensive with Democrats, who challenged his brief residency in Nevada, and his membership and ties to the conservative Federalist Society. Lawmakers also grilled him on previous positions on gun control.

“I care deeply about the people who are being killed,” Feinstein said.

VanDyke said that if confirmed, he would follow Supreme Court decisions on the issues she addressed.

Sen. Patrick Leahy, D-Vt., a former chairman of the committee, said VanDyke’s “ties to Nevada are so minuscule,” and ABA rating and stories about him in the Montana media described the nominee as arrogant and disrespectful.

Most bothersome to Democrats was the White House’s continued practice of nominating candidates for appellate court seats without consent of home state senators.

The nomination of VanDyke was particularly egregious, said Sen. Sheldon Whitehouse, D-R.I., because of the lack of ties to Nevada and the lack of input from home state senators to help select a judge to sit on an appellate court seat to represent that state.

Republicans also have ignored a century-old tradition of requiring approval of home state senators by returning to the committee what is known as a “blue slip” for circuit court nominees to move forward.

Cortez Masto and Rosen have not returned their blue slips.

The committee is expected to vote on the VanDyke nomination next month. It would then advance to the full Senate for consideration.

With Republicans holding a slim majority in the Senate, the nomination is expected to pass.