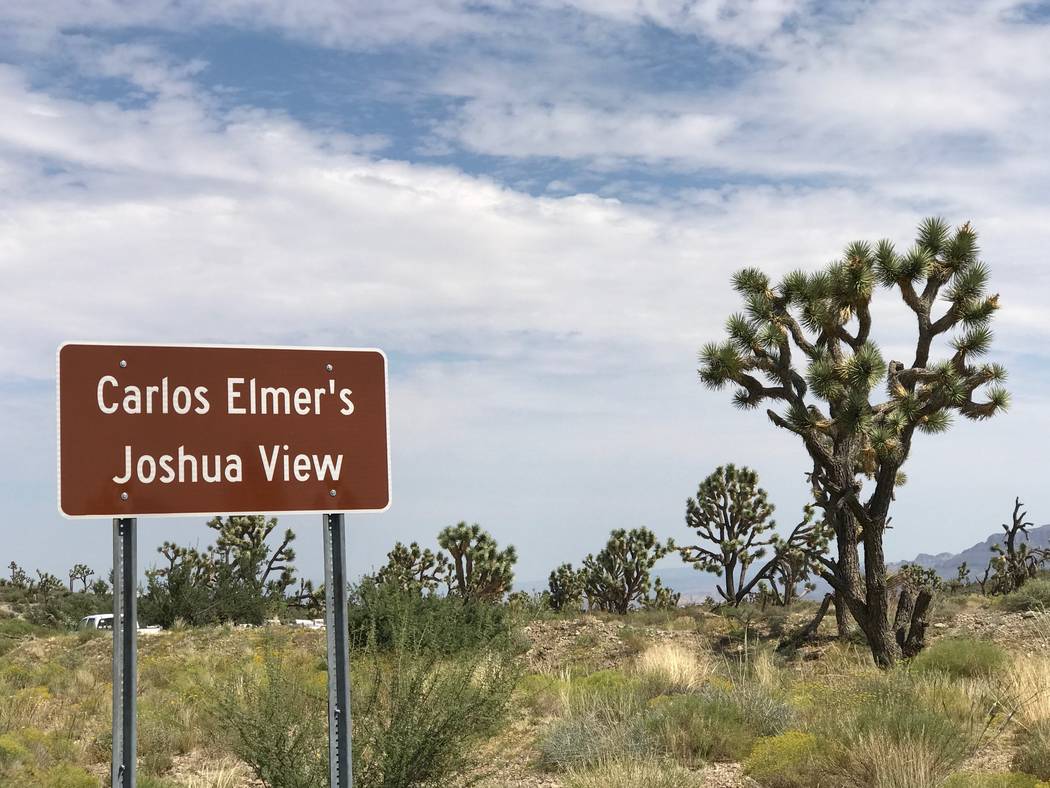 A sign points the way to Carlos Elmer's Joshua View in northwestern Arizona, about 105 miles southeast of Las Vegas. The viewpoint is one of just five place names nationwide that officially contain a possessive apostrophe, which are prohibited under rules established more than 125 years ago by the U.S. Board on Geographic Names. Terri King 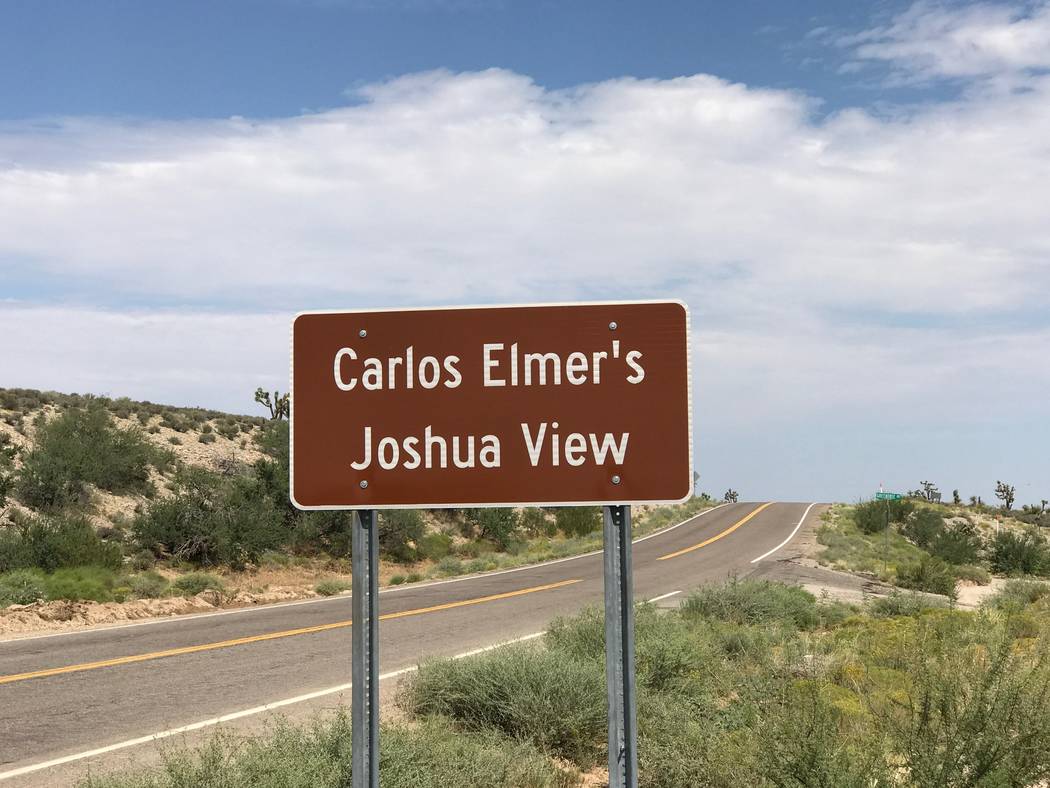 A sign points the way to Carlos Elmer's Joshua View in northwestern Arizona, about 105 miles southeast of Las Vegas. The viewpoint is one of just five place names nationwide that officially contain a possessive apostrophe, which are prohibited under rules established more than 125 years ago by the U.S. Board on Geographic Names. Terri King

Filmmaker Ken Burns calls them “America’s Best Idea,” but our national parks seem to have fallen into a state of grammatical neglect.

The problem is obvious to any English teacher or copy editor who has hiked to the top of Angels Landing at Zion National Park or stopped to snap a picture of Devils Tower in Wyoming.

Where have all the apostrophes gone?

Nowhere is the problem more pronounced than Death Valley National Park, 100 miles west of Las Vegas, where places like Dantes View, Devils Golf Course, Artists Palette and Devils Cornfield bake in the hot sun with no punctuation in sight.

These are no mere typographical mistakes, either. This is a systematic campaign of institutional deprivation that dates back more than 125 years.

It all began in 1890 with creation of the U.S. Board on Geographic Names, an executive branch office that still keeps the government’s database of official names.

One of the new board’s first orders of business was to establish a set of rules for the proper naming of places and prominent features. The resulting style guide for the nation’s maps and official documents discourages the use of the possessive case but allows it so long as the apostrophe is removed.

As it still states in the board’s “Principles, Polices and Procedures” manual: “The word or words that form a geographic name change their connotative function and together become a single denotative unit. They change from words having specific dictionary meaning to fixed labels used to refer to geographic entities. The need to imply possession or association no longer exists.”

In other words, that golf course or cornfield belongs to everyone now, not just the devil.

And it’s not exclusive to National Park Service sites. The rules apply to all physical features whose names are governed by the board.

(The board does not enforce its policies on so-called “administrative” features — things like schools, churches, cemeteries, hospitals, airports and shopping centers — which explains why there’s an apostrophe in at least one popular Death Valley landmark: Scotty’s Castle.)

The naming board isn’t messing around either.

Since 1890, only five exceptions have been granted to the no-apostrophe rule:

— Martha’s Vineyard in 1933, after an extensive local campaign;

— Ike’s Point in New Jersey in 1944 because the name “would be unrecognizable otherwise”;

— John E’s Pond in Rhode Island in 1963 to prevent it from being mispronounced as John “Ess” Pond;

— Carlos Elmer’s Joshua View in Arizona in 1995 to keep the reference to a Joshua tree forest in Mohave County from sounding like three first names in a row;

— and Clark’s Mountain in Oregon in 2002 to accentuate the tribute to William Clark of Lewis and Clark fame.

Lou Yost is executive secretary for the U.S. Board on Geographic Names, where he has worked for 36 years. He doesn’t know the names of everything, he said, “but I know where to find them.”

Yost said the nation’s naming rules were developed at the end of the 19th century to reduce confusion and prevent conflicts among the cartographers and surveyors who were busy filling in the blanks in the last unsettled parts of Alaska and the West.

But even after all this time, Yost joked, some people still aren’t familiar with the Board on Geographic Names or its guidelines.

As a result, a stray apostrophe still finds its way onto road signs, brochures and maps on occasion.

Just the other day, Patrick Taylor, acting chief of interpretation for Death Valley National Park, said he referred to Dante’s View instead of Dantes View in a post on social media.

“It sometimes slips through,” he said.

There’s no real penalty for that, of course, beyond the possible cost of a correction. “Unfortunately, there’s no BGN police,” Yost said with a laugh.

So there you have it: Possessive place names are not supposed to contain apostrophes because the government said so. Period.