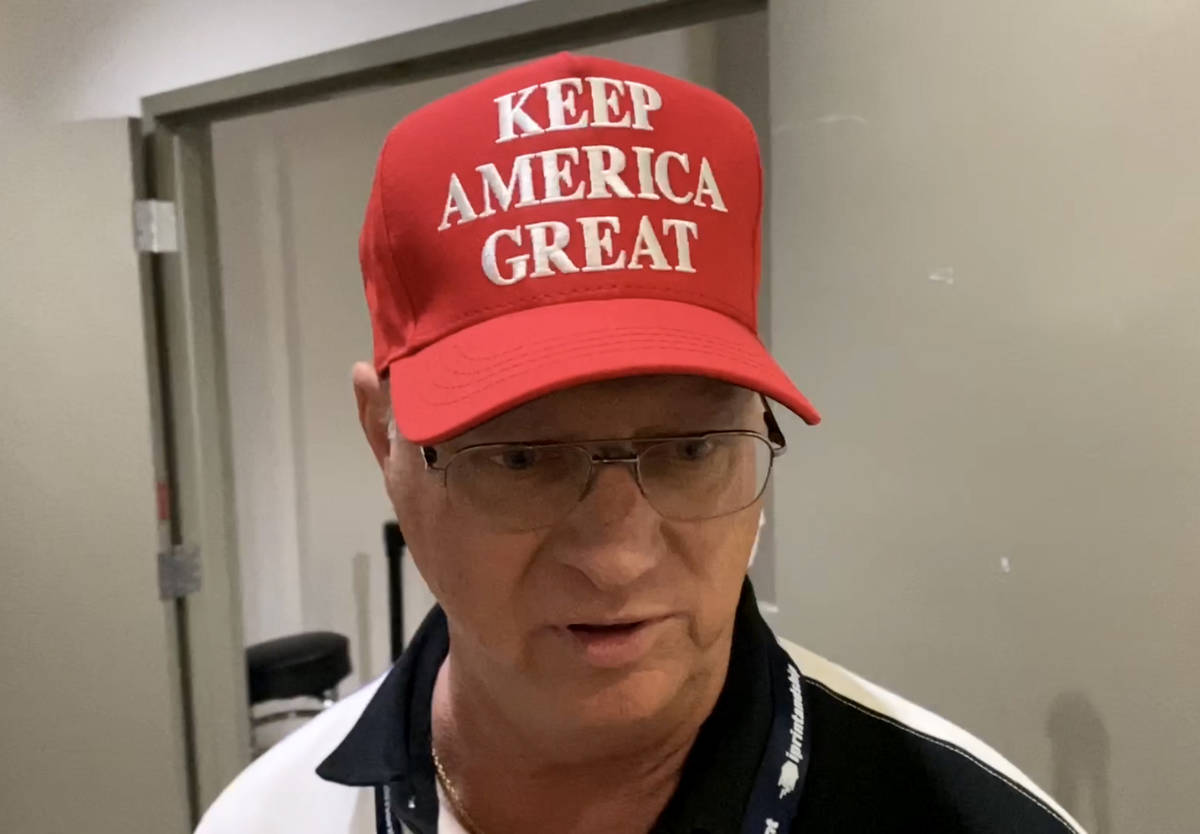 Muth claims the lawsuit is politically motivated. He called the plaintiff’s attorney, who is also Reno’s vice-mayor, “a longtime political nemesis.”

Devon T. Reese of the firm Hutchison & Steffen filed the lawsuit against Muth’s nonprofit, the Citizen Outreach Foundation, on behalf of photographer Larry G. Philpot. It alleges that Muth used Philpot’s photo without properly crediting him and linking to his photography website for a blog post Muth wrote and posted to his website in 2017.

The lawsuit claims Philpot is entitled to seek up to $150,000 in damages if the court deems Muth willfully infringed on Philpot’s copyright or up to $30,000 if it was not intentional. It also asks for legal fee reimbursement and all profits gained from the use of the photo.

Reached by phone on Friday, Muth said he was not aware of the lawsuit. But after reviewing it, he said he does not recall hearing about the issue from the photographer at any point in the three years since Philpot allegedly noticed it.

“I’m sure it’s no coincidence that the attorney for the plaintiff is a longtime political nemesis who I’ve crossed swords with on numerous occasions,” Muth said. “(It’s) hard not to see this as anything but politically motivated.”

Reese is an at-large councilman and the current vice-mayor of Reno. Though currently holding nonpartisan office, he ran for Nevada state Senate as a Democrat in 2016.

Muth is a well-known conservative activist and former executive director of the American Conservative Union and former chairman of the Clark County Republican Party.

Reese said in an interview Friday that he was only acting as local counsel for Dallas-based attorney Kenton Hutcherson of Hutcherson Law, PLLC, which represents Philpot.

Although Muth is listed as Citizen Outreach Foundation’s agent in the lawsuit, Reese said he was not aware Muth had anything to do with the case when he agreed to file it for Hutcherson. Hutcherson wrote the lawsuit but is not licensed to practice law in Nevada, so Reese’s firm is assisting him.

The lawsuit includes the original version of the 2013 photo, its certificate from the United States Copyright Office and a screenshot of Muth’s blog featuring the photo as supporting material.

There is also an attached copy of the Creative Commons Legal code. Reese contends that Philpot allowed the use of the photo under Creative Commons, provided Philpot was properly credited. The credit line in the attached screenshot of Muth’s story appears to credit the photo to “Wikipedia” and makes no mention of Philpot.

Muth declined to comment further on the accusations, saying he needed to consult his attorney.