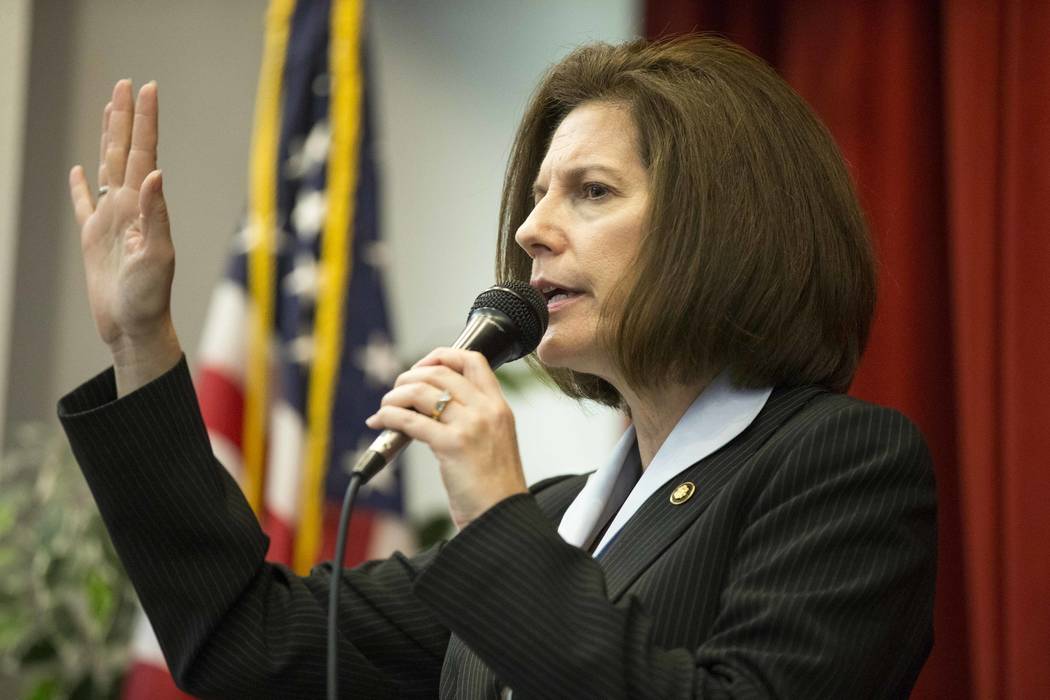 WASHINGTON — Immigration policies by the Trump administration are fueling interest among Latino voters in the upcoming midterm election, a new poll shows.

A record number of 29 million Latinos nationwide are eligible to vote in the midterm election and the poll by Latino Decisions shows that 72 percent of those surveyed said they are likely to vote. The poll also found immigration to be the top issue for the fastest growing minority community.

“The Latino population across the country is engaged, and they will come out,” said Sen. Catherine Cortez Masto, D-Nev., in a phone interview from Las Vegas following a political rally this week. Cortez Masto has campaigned in a half dozen states on behalf of Democratic senators and challengers.

“In Nevada,” Cortez Masto said, “the energy is still here.”

Despite the current enthusiasm, historical tracking of Latino voters in past midterm elections shows low turnout and lagging participation, a malaise that has been a concern for Latino community leaders.

In fact, the Latino voter turnout rate in midterm elections has declined by percentage since 1986, when 38 percent voted in the midterm, to 2014 when only 27 percent of those eligible cast ballots, according to the Pew Research Center.

With large Latino populations in key political states like Nevada, Arizona, California, Texas and Florida, leaders and civic groups in the minority community have launched campaigns to register and increase participation at the polls in 2018.

“It’s about building political power in the community,” said Ben Monterroso, executive director of Mi Familia Vota, a national civic engagement organization with offices in Nevada and other states.

As civic groups work to register and urge voter participation, political parties and candidates are fighting to win the Latino vote in critical states where races could reshape the makeup of the House and Senate.

Latinos are on the ballot in Texas, Florida, California and other states. In Nevada’s hot Senate race, Republican Dean Heller has “Juntos con Heller,” and Democrat Jacky Rosen has a Latino advisory committee to reach out to Hispanic voters.

With less than three weeks before the Nov. 6 election, the tracking poll shows Latinos’ interest in the 2018 midterm is being fueled largely by immigration policies of the Trump administration and a family separation program installed by Homeland Security Secretary Kristjen Nielsen.

Arturo Vargas with the National Association of Latino Elected and Appointed Officials Educational Fund said the Latino Decisions polling shows immigration is a top issue for the minority community.

Vargas said Latinos are ready to do their part “by making our voices heard at the polls, but we are facing an uphill battle that will require us to mobilize ourselves since we are once again being taken for granted by Democrats and Republicans alike.”

“Latino voters are saying they are ‘disgusted’ by the failure to reunite these children with their parents,” Barreto said, “and that anger is a critical ingredient to mobilization in 2018.”

Barreto served as a campaign consultant to Cortez Masto in her 2016 Senate race, where she won 80 percent of the state’s Latino vote.

Cortez Masto has recently campaigned in Latino communities in Wisconsin for Sen Tammy Baldwin, Ohio for Sen. Sherrod Brown, Florida for Sen. Bill Nelson, Missouri for Sen. Claire McCaskill and in Arizona for Kyrsten Sinema, the Democrat trying to win the seat being vacated by Republican Sen. Jeff Flake.

“I’ve been talking to Latinos all across the country,” Cortez Masto said, noting that the community is like any population, concerned about jobs, health care and immigration.

Cortez Masto, the first Latina to serve in the Senate, also is actively working in Nevada on behalf of Democratic candidates, including Rosen in the race against Heller, which is considered a “toss up” by political analysts.

Latinos make up 28 percent of the Nevada population, and 328,000 are eligible to vote, according to Pew Research Center figures from 2016.

Monterroso with Mi Familia Vota said more than 13,500 new Latino voters have been registered over the past four years. The goal is to reach registration of 15,000 for this election with campaigns urging participation without party or candidate endorsement.

Historically, Latinos have been a Democratic voting bloc, and the Latino Decisions poll showed that 69 percent of respondents said they would likely vote for Democrats in the upcoming congressional elections, compared to just 23 percent who said they would vote for Republicans.

But Barreto said the president’s rhetoric, and family separation and detention policies have energized Latino voters “who are very upset about how these young children have been treated by the federal government.”

Trump characterized Democrats opposed to his immigration policies as embracing open borders that allow criminal gangs to enter the United States and prey on citizens. He said Democrats want to abandon the rule of law and abolish Immigration and Customs Enforcement, a proposal floated by some progressives.

Cortez Masto, though, said the Latino community sees Trump “as someone who is anti-immigrant.”

“They are ready to fight back,” she said. “They are saying no more.”