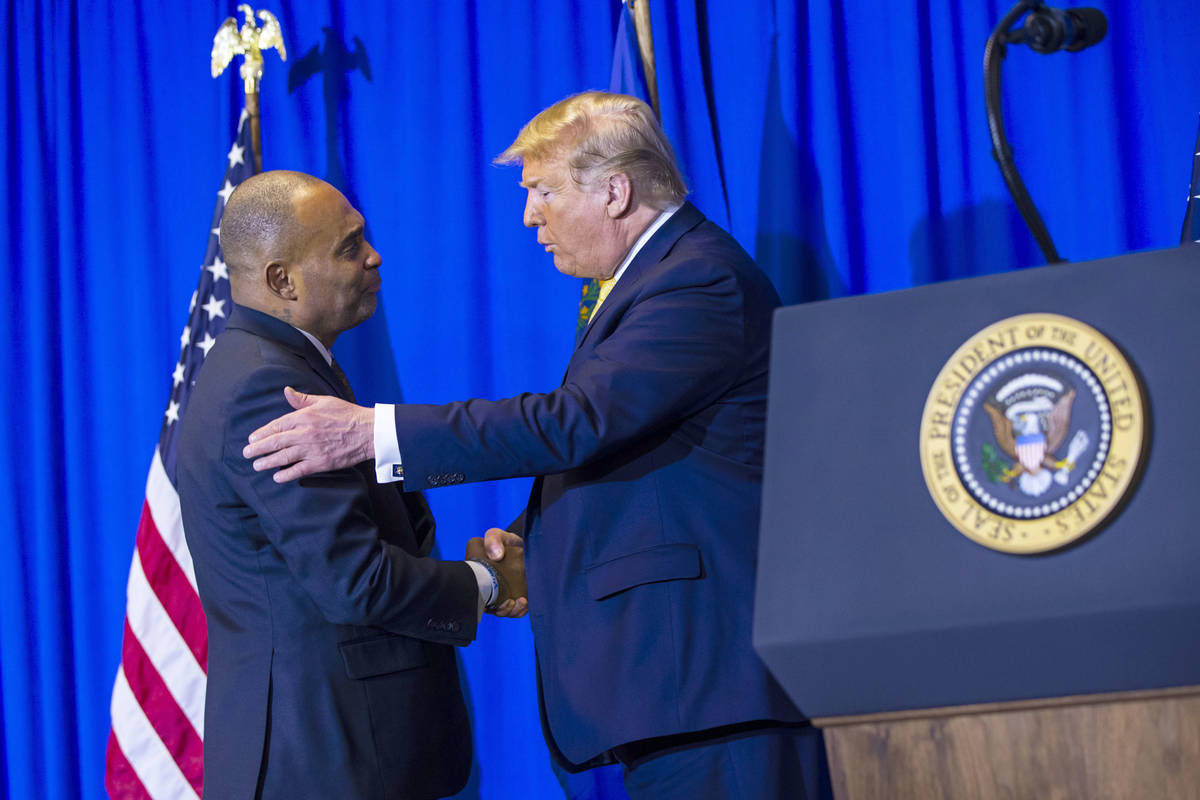 WASHINGTON — In February, when President Donald Trump addressed a ceremony for Hope for Prisoners graduates in Las Vegas, he mused about pardoning former adviser Roger Stone, who had just been sentenced to 40 months in prison, and former bank robber Jon Ponder, who had turned his life around and founded the ministry to help inmates reenter society.

Trump explained he didn’t want to use his pardon power for Stone, because he thought his former adviser might be exonerated. But he was tempted to give a “full pardon” to Ponder, who had served his time in prison, as the president talked about redemption and the American belief in second chances.

On July 10, Trump commuted Stone’s sentence just before his longtime friend, convicted on seven counts of lying to Congress, tampering with a witness and obstructing a House investigation into Russian meddling in the 2016 election, was set to go to prison.

Meanwhile, Ponder is still waiting for a pardon that would recognize his personal transformation and restore his rights, such as the right to own a gun, that are taken away even after a federal sentence is served.

In March, the Nevada Pardons Board unanimously issued a pardon for domestic battery crimes for which he was convicted and served time in the 1990s and early 2000s, after Ponder’s brother, Darryl, a victim in one of the battery cases, spoke of how Ponder’s transformation “brought the family together.”

A presidential pardon for a 2004 federal conviction for the armed robbery would mean recognition of Ponder’s rehabilitation and release him from restrictions that apply to offenders with federal felony convictions.

Ponder attended a Rose Garden event celebrating the National Day of Prayer in May 2018. Seated next to the African American ex-offender was Richard Beasley, a white retired FBI agent — and the man who had arrested Ponder in 2004 for bank robbery. The two credit their shared faith for an unlikely friendship.

“Jon grew up without his father,” Trump said in the Rose Garden, and his mother couldn’t keep him “out of gangs and off the street.” Trump remarked to Ponder, wearing a double-breasted suit and tie, “You don’t look like a bank robber. You’ve come a long way.”

After Ponder was convicted, his then-girlfriend gave Beasley a package with a tie and thank-you note for the agent’s gentlemanly behavior.

When Ponder got out of prison and entered a halfway house, Beasley, now president of a private investigation firm, Global Intelligence Network, was there.

Ponder worked for a year and a half for a moving company before he started Hope for Prisoners, which works to help criminal offenders re-enter society with the help of law enforcement personnel, the faith community and employers.

Margaret C. Love, who was pardon attorney under President George H.W. Bush, agreed that the First Step Act provided a remedy for convicted criminals seeking reductions in their prison sentences. “There have been dozens, and even hundreds of people, who have gone to court to get their sentences reduced and have been set free,” she said, because of the First Step Act.

Thus, for the first time in years, the emphasis in clemency is moving from commutations to pardons.

Ponder has not applied for a pardon through the usual channel, a petition with the pardon attorney’s office in the Department of Justice.

Trump, however, has the unfettered power to grant a pardon to any federal offender, regardless of the pardon attorney’s recommendation. Previous presidents have done so, if less frequently than Trump.

Former offenders can apply through both through the Justice Department or White House back channels — although the Department of Justice tends to look for former offenders who recognize their guilt and the fairness of their punishment, while Trump prefers to show mercy to individuals who are looking for relief because they believe the justice system treated them unfairly.