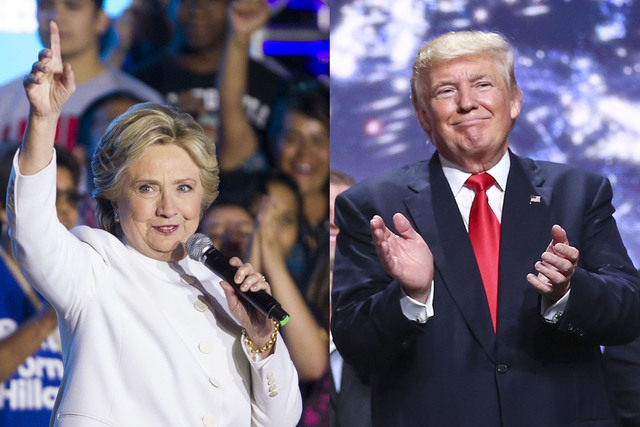 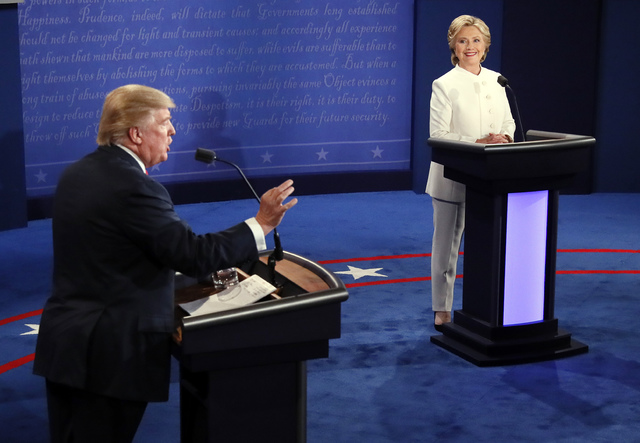 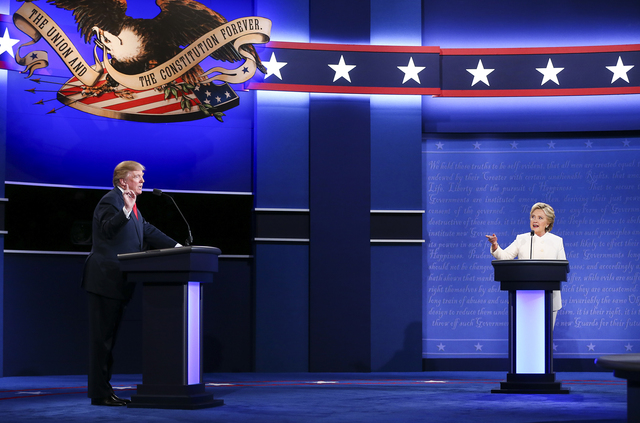 Hillary Clinton is pulling away from Donald Trump in Nevada with early voting underway, according to a poll commissioned by the Las Vegas Review-Journal.

The poll, conducted by Bendixen & Amandi International, has a margin of error of plus or minus 3.5 percentage points. The firm interviewed 800 likely voters after Clinton and Trump squared off in Las Vegas Wednesday in the third and final presidential debate. The interviews were conducted between Thursday and Sunday in English and Spanish.

The poll shows growing momentum for Clinton’s campaign. In a late September Review-Journal poll of voters, Clinton had a 1-point lead over Trump.

In that initial poll, Clinton had 45 percent of support, while Trump had 44 percent, putting the race within the margin of error.

Since the September poll, Trump’s campaign has faced fallout from a Washington Post report, complete with a videotape, that showed him engaging in a lewd conversation in 2005 about groping women.

Trump initially called the conversation “locker-room banter” and subsequently apologized. Since the tape’s release, women have come forward with allegations that Trump made inappropriate and unwanted sexual advances toward them. Trump has denied all of the allegations.

“The debates helped Hillary Clinton,” said Fernand Amandi, principal at Bendixen & Amandi International. “She’s now opened up a significant lead over Donald Trump in a race that was a statistical tie. She’s clearly benefiting from her performance in the debates as voters in the final stretch take one, final look.”

In addition to the debates, there’s also the backlash Trump has faced from the tape of his 2005 conversation, while Clinton’s campaign has weathered WikiLeaks revelations, he said, referencing the release of hacked emails that have detailed some of the inner workings of Clinton’s campaign.

Jonathan Tolley of Las Vegas is an undecided voter. The 20-year-old sells tickets for shows on the Strip and said he has issues with both candidates.

Trump would cause gridlock and he has trouble trusting Clinton, he said, adding he had originally supported U.S. Sen. Bernie Sanders, I-Vt., who was seeking the Democratic nomination.

Michelle Karony, a legal assistant from Las Vegas, is backing Clinton. She said Clinton has the right experience for the job, pointing particularly to her foreign policy and national security experience as secretary of state. Clinton also will aid equality for women, including equal pay, she said.

Howard Taylor, a 61-year-old semi-retired trucker and general contractor from Sparks, said he has decided “who I’m not going to support — Hillary.” Taylor said he considers Clinton “untrustworthy,” and is backing Trump.

“I like the fact that he’s a businessman and he’s, contrary to what everybody says, he’s very honest in his statements,” Taylor said.

Joe Ellis, a 25-year-old Realtor in North Las Vegas, is supporting the Libertarian candidate Gary Johnson. Johnson’s appeal is that he believes government should have a “lowly role” and be “fiscally conservative,” Ellis said.