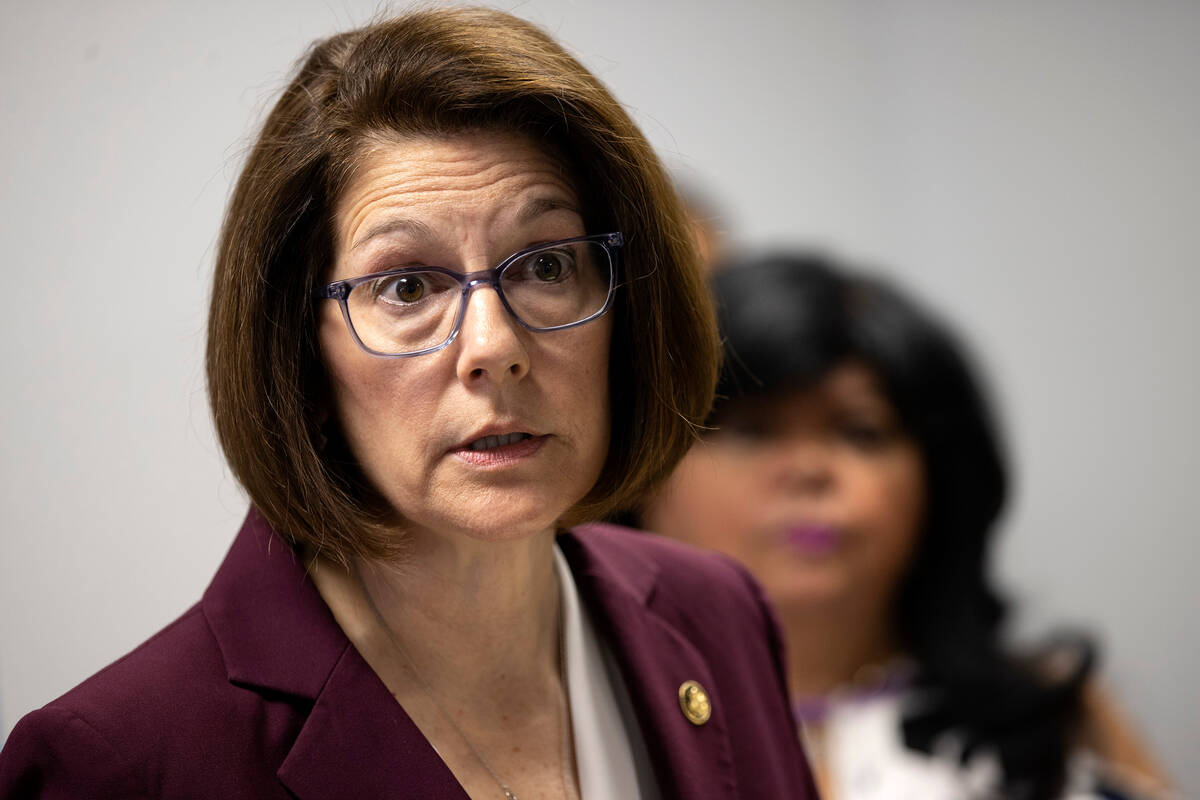 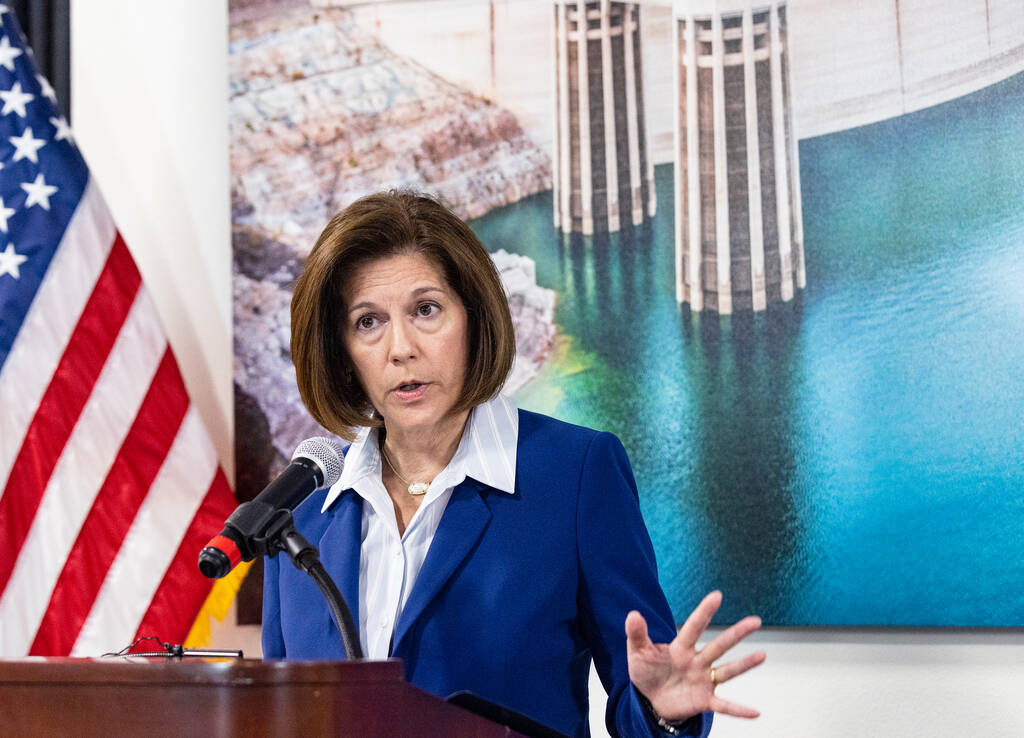 U.S. Sen. Catherine Cortez Masto speaks about the drought crisis at the Western U.S., during a press conference, on Monday, Aug. 22, 2022, at the Las Vegas Valley Water District, in Las Vegas. Sen. Cortez Masto and the Southern Nevada Water Authority called on the administration to deliver a detailed, timely plan to disburse the $4 billion in drought funding that Cortez Masto secured in the Inflation Reduction Act. (Bizuayehu Tesfaye/Las Vegas Review-Journal) @btesfaye

Honey Lalumondiere, a 77-year-old resident of Silver Sky Assisted Living in Las Vegas, takes insulin every day, costing her more than $100. Starting in January, Lalumondiere will only have to pay $35 per month thanks to the recent passing of the Inflation Reduction Act.

U.S. Sen. Catherine Cortez Masto, D-Nev., hosted a roundtable Tuesday at Silver Sky Assisted Living, an affordable assisted living facility in Las Vegas, with different senior groups, doctors and residents to discuss how the new legislation will impact Nevadans and their cost of health care. Cortez Masto is running for re-election to a potential second term in November’s general election.

The legislation focuses on helping patients who are on Medicare, which is federal health insurance for people 65 and older as well as some younger people with disabilities. In Nevada, there are about 390,000 people on Medicare, according to the White House.

The legislation will cap the amount Medicare patients spend on out-of-pocket drug costs at $2,000, which will take effect in 2025 and will benefit 12,000 Medicare patients in Nevada who go above that cap, according to the Kaiser Family Foundation. And for Lalumondiere and the 22,000 or so other Nevadans with Medicare who use insulin, the cost will be capped at $35 per month.

Under the Inflation Reduction Act, the department of Health and Human Services can negotiate prescription drug costs, looking at drugs that have no competition on the market, have been on the market for at least seven years and the drugs that have the highest spending under Medicare, Cortez Masto said.

Vaccines will also be free for Medicare patients starting in 2023, so seniors will be able to get free vaccines for conditions ranging from the flu to shingles.

While Medicare patients will soon start to see the impacts of the legislation, most people won’t see any changes to the cost of their drugs, as 64.9 percent of people in the U.S. are on private insurance.

Republicans, including Cortez Masto’s opponent for re-election, former Attorney General Adam Laxalt, were opposed to the legislation. Laxalt argued on Twitter that it will not reduce inflation and will raise taxes for the middle class, although the bill contains no new taxes on families that earn $400,000 or less or on small businesses, according to Treasury Secretary Janet L. Yellen.

Republicans have also argued that the bill will hurt innovation for research of new drugs. Rep. Claudia Tenney, R-New York, said on Twitter that it could lead to 342 fewer life-saving drugs being developed over the next 10 years. A New York Times fact check found it was plausible that law could reduce spending on research and development of new drugs, but added that “claims that it would drastically impair the industry’s ability to produce new, lifesaving treatments were hyperbolic” because the majority of new products approved by the Food and Drug Administration are not “breakthroughs” but new iterations of existing products.

Kristine Schachinger , a 55-year-old Summerlin resident who works as a search engine optimization consultant, has too high of a salary to qualify for Medicare, but she has had chronic health conditions her whole life. She estimates she has paid about $1,200 a month on her medical needs since she was in her 20s.

“I don’t have the things people my age have,” Schachinger said. “There are people like me who, we make enough that we get no help … which means we don’t have any extra money to put away.”

Schachinger said she and many other Generation Xers are unable to retire. According to Investopedia, about 55 percent of Gen X expect to be able to retire, and one in four aren’t sure.

Some people at the roundtable also brought up concerns about loopholes in the legislation. Sarah Gleich, executive director of the Nevada Diabetes Association, asked what happens if a drug company decides to discontinue a drug that’s been on the market for seven years and introduce a new drug in order to avoid negotiating with Health and Human Services. Cortez Masto said she would look to close possible loopholes.

“To the extent that the pharmaceutical companies try to skirt the law and still try to make a profit off the backs of so many, we’re going to continue to introduce legislation in order to stop that,” Cortez Masto said.

Schachinger also was concerned that pharmaceutical companies would accept their losses on the Medicare side but increase prices on the commercial side.

Cortez Masto said that will be monitored, but expects that when the changes are made to Medicare, “it actually drives the private market to do the same.”

“But it’s going to take time and we’re not giving up on still trying to lower costs for all Americans,” Cortez Masto said.

If people are unsure about their eligibility for Medicare or don’t know how exactly the Inflation Reduction Act will impact them, Cortez Masto’s office encourages them to call her office at 702-388-5020.