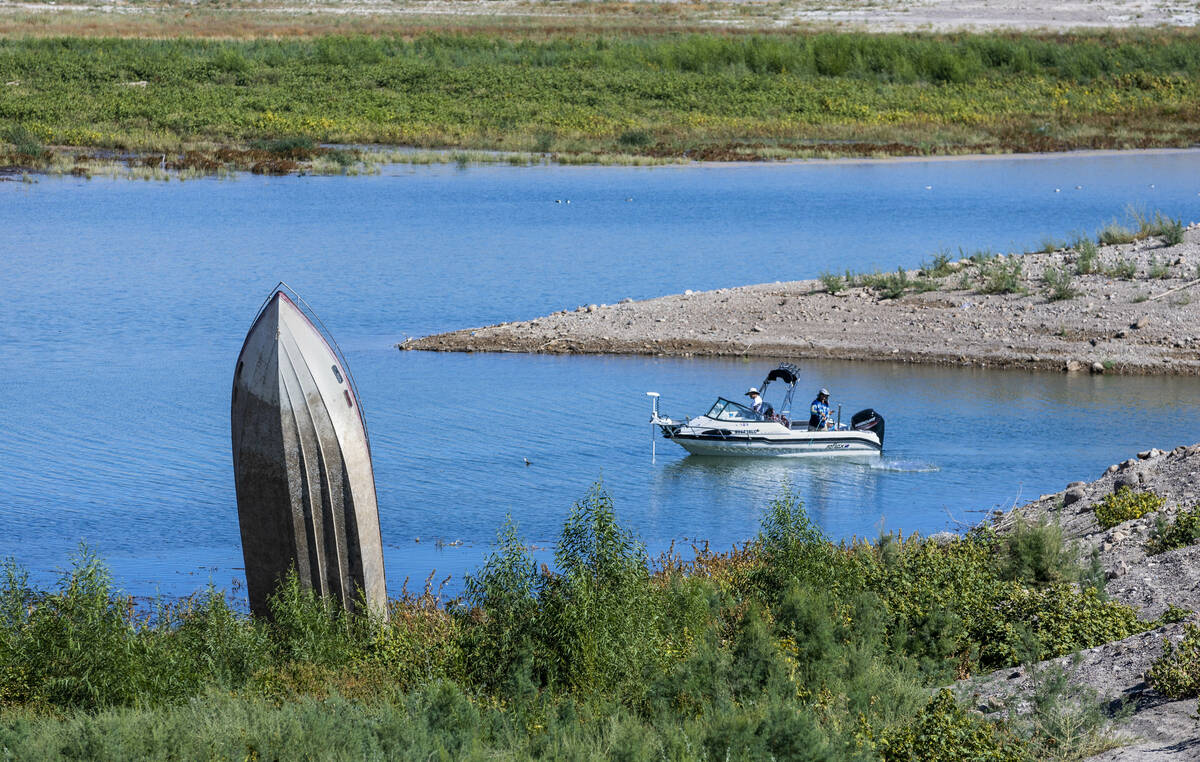 More money is coming down the pipeline for Nevada’s efforts to conserve water amid a historic megadrought that has put the pinch on supplies in the Southwest.

The Legislature’s Interim Finance Committee on Thursday approved $100 million in funding for water conservation projects across the state and another $6.4 million to modernize the state’s data on groundwater basins.

Nelson Araujo, Gov. Steve Sisolak’s infrastructure adviser, told lawmakers the money will go toward investments aimed at reducing water demands across the board, including in residential and commercial developments. The money is coming from funding the state received through the American Rescue Plan.

“Nevada is the driest state in the nation while simultaneously experiencing some of the fastest population and economic growth in the country,” Araujo said. “The demand for water into the future must be balanced with the actual water availability.”

The funding comes as Nevada and other Western states that rely on the Colorado River for water are working to develop drastic cuts to water use from the river as decades of drought, climate change and chronic overuse have dwindled its supplies and sent the nation’s two largest reservoirs at Lake Mead and Lake Powell to historically low levels.

In Southern Nevada, 90 percent of the region’s water comes from the Colorado River. Based on water levels that are projected to continue falling into the future, the Bureau of Reclamation in August declared a water shortage for Lake Mead for the second straight year, which will further cut Nevada’s and Arizona’s share of Colorado River water.

The Southern Nevada Water Authority has said the funds will help amplify conservation programs it has in place that seek to reduce water use, specifically programs to convert commercial buildings away from thirsty evaporative coolers and to shift thousands of homes in the valley from water-wasting septic systems to the municipal sewer system, which recycles water back into Lake Mead that can be treated and reused.

Outdoor water use, such as turf irrigation and pools, make up the largest share of water consumed in Southern Nevada, and for more than two decades the water authority has paid homeowners to convert their turf lawns to drought-friendly landscaping. Last year, the state Legislature passed a measure that bans “nonfunctional” turf, such as grass in roadway medians, and requires it to be removed by the end of 2026.

Evaporative cooling units, which are often used in large commercial buildings, make up the second-largest water using group in Southern Nevada, and the roughly 15,000 residential homes on septic systems make up the third, according to the water authority.

“We’ve done a lot of things in our community to help the community weather the changing circumstances along the river, and we need this funding to do more,” said Andy Belanger, public service director for the water agency.

The Nevada Department of Conservation and Natural Resources will be tasked with allocating those funds for individual projects, and the department’s director, Jim Lawrence, said he plans to move fast to get things moving to meet the urgent water needs across the state. The department will set up a technical advisory committee immediately to create the criteria that will be used to award funding to those projects, he added.

“We are looking to be obligated within months, not years,” Lawrence said.

State Engineer Adam Sullivan said that the other $6.4 million approved by lawmakers will help the state better understand its groundwater resources using modern science and methods.

But state Sen. Pete Goicoechea, R-Eureka, said that won’t money be nearly enough to fully understand the state’s 256 groundwater basins, of which he said some 40 percent are over-appropriated, meaning more water has been allocated than actually exists. The state’s current data on some of those basins, he said, dates to the 1950s.

Goicoechea said his worry is that the state will apply new science and technology to 70-year-old data that “probably isn’t accurate,” and will have made no progress on addressing those groundwater concerns.

“We could easily spend $50 million putting this database together,” he said.