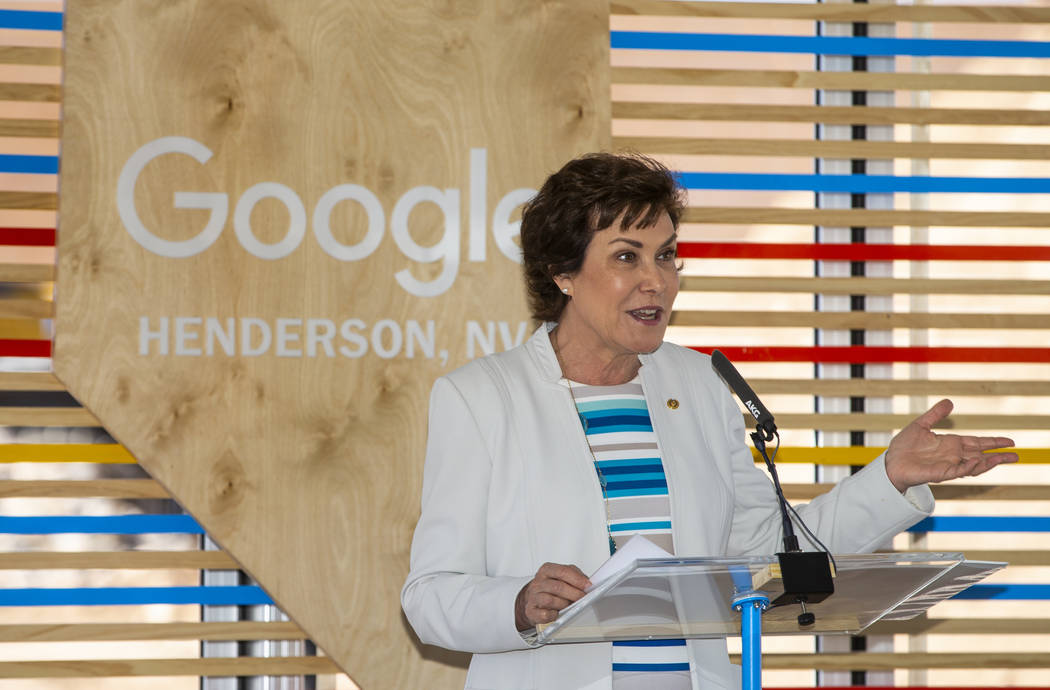 The Building Blocks of STEM Act, filed by Sen. Jacky Rosen, D-Nev., has passed the House and is headed to the White House for the president's signature. (L.E. Baskow/Las Vegas Review-Journal)

WASHINGTON — A bipartisan bill to expand computer science education to include more young women was passed by the House on Monday and is heading to the White House for the president’s signature.

The Senate previously voted to approve the Building Blocks of STEM Act, filed by Sen. Jacky Rosen, D-Nev., to prepare female students for education in science, technology, engineering and math.

Rosen, a former computer programmer, said she would continue efforts to give students access to STEM education, “and that we will take additional much-needed steps to close the STEM gender gap.”

The bill, first introduced in Congress in 2015 when Rosen was a House member, would award grants to encourage young women to pursue computer science learning.

Studies have found that children who engage in scientific activities from an early age develop positive attitudes toward science and are likely to pursue expertise and careers in the field, Rosen said.