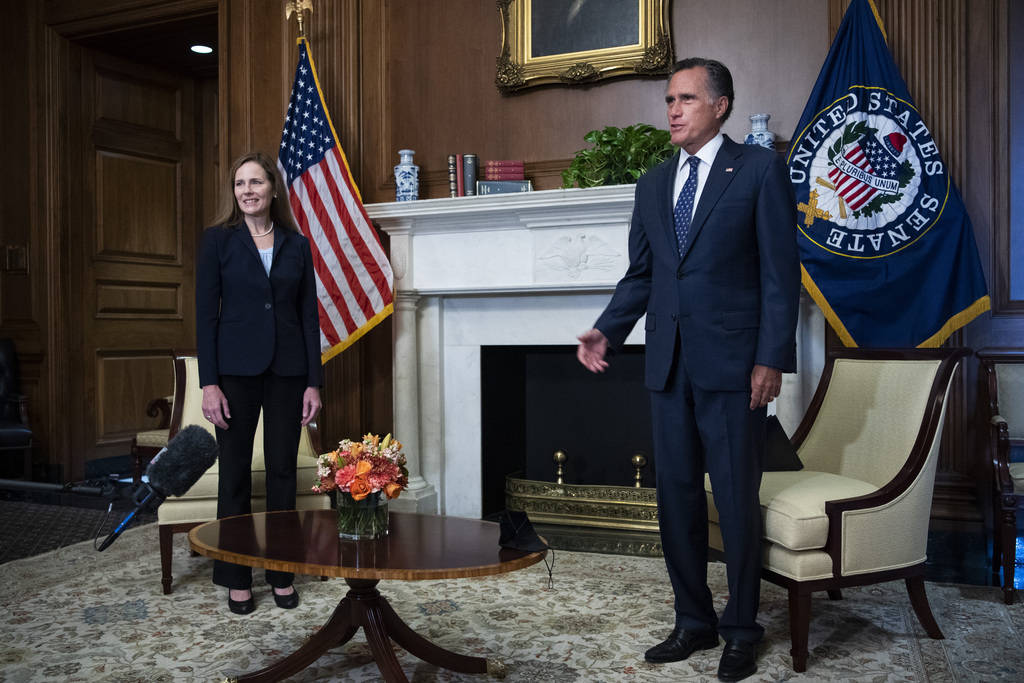 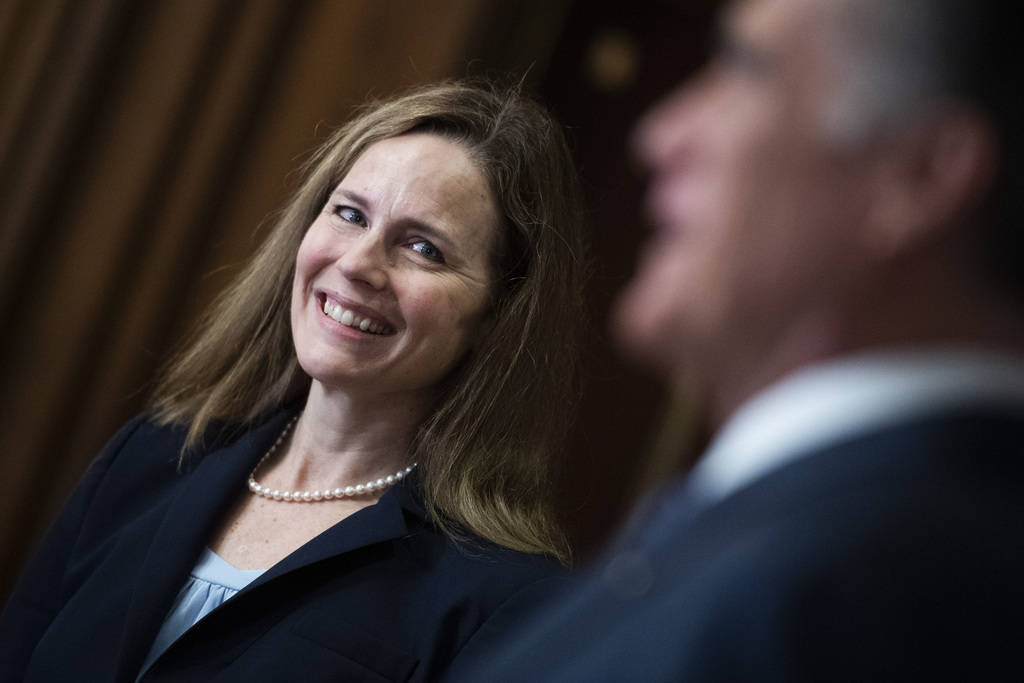 WASHINGTON — Supreme Court nominee Amy Coney Barrett continued a charm offensive Wednesday, meeting with Republican senators who are rushing to hold a hearing and a confirmation vote before Election Day.

Democrats, for the most part, have been sidelined as the Republican majority moves to place another justice on the high court before an election that could change the political makeup of the Senate and the White House.

Barrett, a judge of the 7th U.S. Circuit Court of Appeals and a former Notre Dame University law professor, has met with Senate Majority Leader Mitch McConnell, R-Ky., and other GOP leaders in the Senate ahead of hearings that are scheduled to begin Oct. 12.

The Trump administration has not scheduled meetings with rank-and-file Democratic senators, and no plans to have Barrett meet with Nevada Sens. Catherine Cortez Masto and Jacky Rosen have been made. Neither Nevada senator sits on the Judiciary Committee that will hold hearings on the nomination.

But Cortez Masto has already said she would vote “no” on Barrett’s confirmation, based on her judicial record. The Nevada senator said her opposition also is an attempt “to try to stop this latest Republican attempt to rip away health care.”

Rosen will not support the confirmation of a Supreme Court nominee who does not support the Affordable Care Act, and reproductive rights for women, said Jorge Silva, a spokesman for the senator.

The Affordable Care Act — passed under President Obama without a single Republican vote — has been litigated almost since it was signed into law. The law is currently subject to an appeal pending before the Supreme Court that could see it repealed entirely.

Although Democrats have been united in their opposition to filling the seat held by the late Justice Ruth Bader Ginsburg, Republicans have praised her legal credentials and temperament.

If confirmed, Barrett is expected to tip the ideological majority of the court to the right, with a 6-3 majority.

Barrett, met with senators in the ornate Mansfield Room at the Capitol, including Utah Republican Mitt Romney, who reminisced about how law school professors like Barrett used to grill him.

Romney joked that “I’ve looked forward to this for a long time,” turning the tables on professors who grilled him. “Looking forward to returning the fire.”

Republicans hold a slim 53-47 majority in the Senate. Although two senators, Lisa Murkowski of Alaska and Susan Collins in Maine, have said they would not vote on a nominee before the election, 51 senators are in line to support confirmation before Nov. 3.

Without the votes to stop Barrett’s confirmation, Democrats are trying to appeal to public sentiment to delay the vote until after the election.