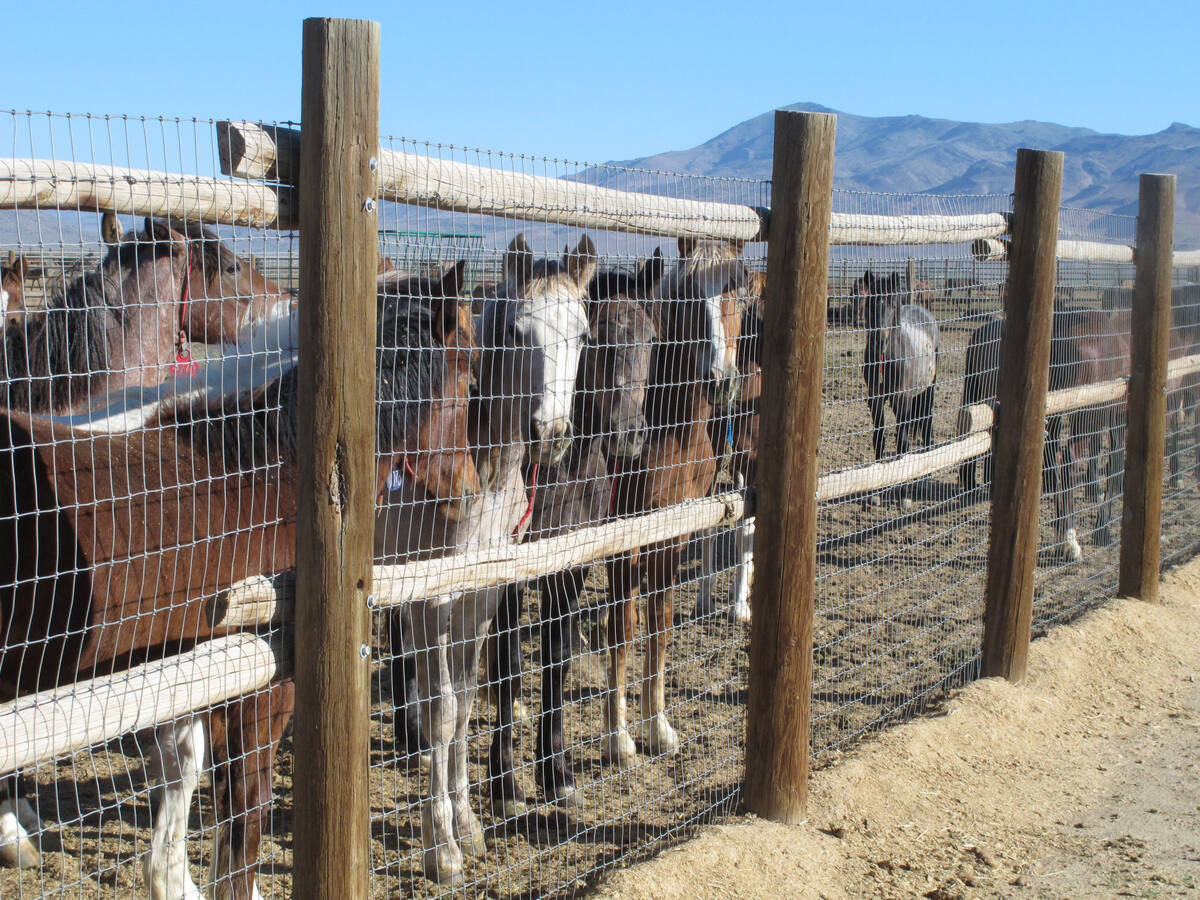 WASHINGTON – House lawmakers are seeking a congressional hearing into Bureau of Land Management corrals and holding facilities following the death of wild horses to disease after they were captured in controversial roundups.

Rep. Dina Titus, D-Nev., and other Democrats on the Congressional Animal Protection Caucus, urged Chairman Raul Grijalva, D-Ariz., chairman of the House Natural Resources Committee to examine BLM’s management and operations at the time of the deaths.

The request for an investigation comes after BLM released reports on internal reviews into several federal corrals and holding facilities – including three in Nevada – where inspectors found violations with operations and procedures.

“After reviewing assessments of the off-range facilities evaluated this year, we are concerned about documented trends of inadequate biosecurity controls, understaffing, lack of recordkeeping, limited access to hay and water, and issues related to pen maintenance,” the lawmakers wrote in their letter.

Equine disease and viruses have been cited by veterinarians and federal officials for 145 deaths of wild horses in a Canon City, Colorado corral after a roundup was conducted earlier this year.

Other horses died in a holding facility in Wheatland, Wyoming.

In Nevada, Titus called for an end to helicopter roundups after video was shown of a hovering craft chasing a foal that led to a gruesome leg injury and the death of the young horse. The incident occurred west of Ely this year.

About a dozen horses died following that roundup. Titus filed legislation to halt the use of helicopters in roundups.

In light of the deaths at corrals, Titus and Rep. Steve Cohen, D-Tenn., have asked Interior Secretary Deb Haaland to halt roundups until investigations by state and federal biologists and officials are completed.

The BLM conducted internal assessments at eight of its 28 holding facilities, including the Northern Nevada Correctional Center in Carson City, the Palomino Valley Center in Reno and the Indian Lakes corral in Fallon.

Understaffing was found at the Northern Nevada Correctional Center, according to a BLM report. Fencing and holding facility gates were inadequate. The facility lacked shade and shelter for some horses, along with erosion issues that could prevent foals from water sources.

Lack of access to hay and inadequate fencing were reported at the Palomino Valley Center. Similar issues were found at Indian Lakes, as well as failing to follow BLM vaccination and record keeping policies, reports noted.

Still, the three Nevada corrals were given compliance marks of more than 86 percent, according to the BLM reports, with recommendations to bring them to up to 100 percent.

Titus said in the letter to Grijalva that a congressional oversight hearing was necessary to insure the protection and health of wild horses held in federal facilities.

BLM officials announced earlier this year that the agency planned to remove 22,000 wild horses and burros from public lands due to overpopulation, the lack of natural predators and overgrazing of natural food sources consumed by native species.

Although the roundups were recently halted, BLM is expected to resume its program to remove the animals from public lands. A spokesman for BLM in Nevada said there is no imminent plan to conduct a roundup in Clark County, or in the state.

Meanwhile, the lawmakers and wild horse activists want all roundups and the BLM adoption program to halt, in favor of birth control methods to stop the growth of the herds that roam in most Southwest states.

BLM currently uses fertility programs as part of its overall effort to manage wild horses. There are 82,384 horses nationally, with about half, or 46,570 in Nevada, according to BLM statistics for 2022.

The animals have become an iconic symbol of the American West.

Most wild horses and burros living today are descendants of animals that were released or escaped from Spanish explorers, ranchers, miners, the U.S. Cavalry and Native Americans, according to BLM.

Officials with BLM have sought to manage the rapidly growing populations in 177 herd management areas over roughly 27 million acres of public lands in 10 states.

Horses and burros that are captured and deemed healthy are placed in an adoption program, which has been embroiled in its own unique set of controversies.