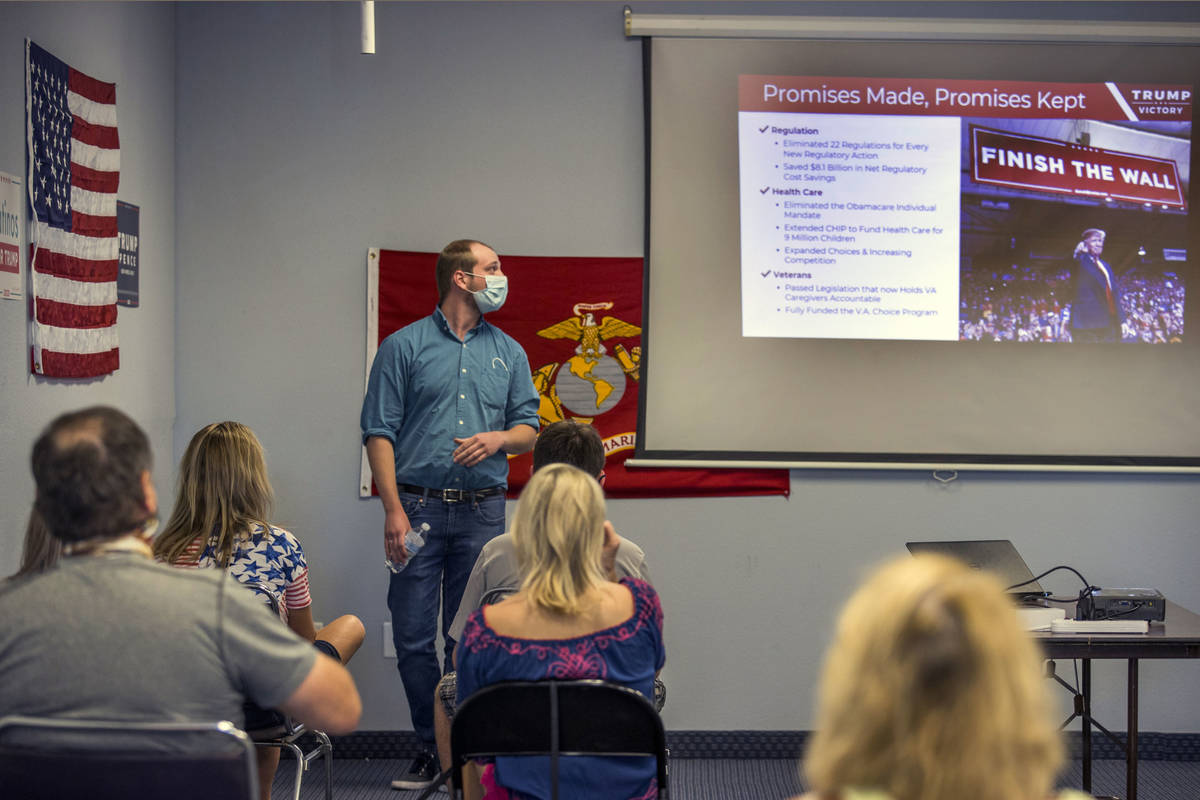 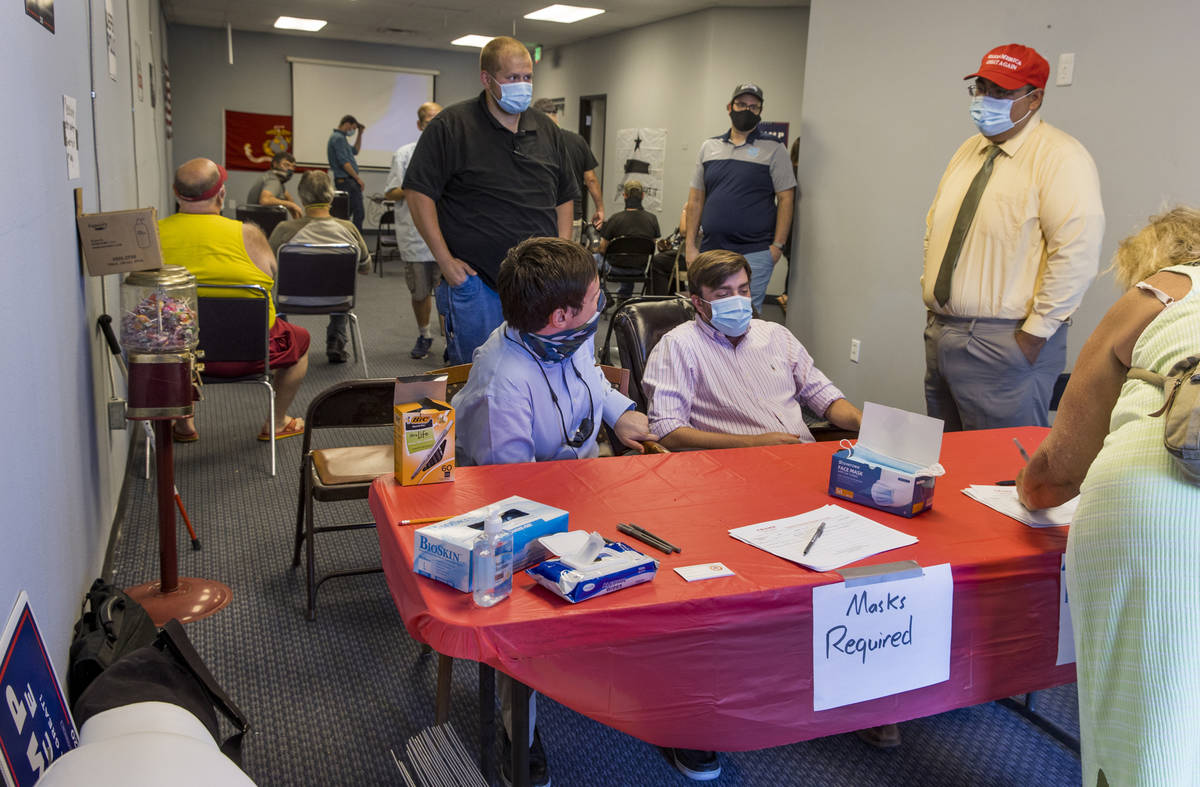 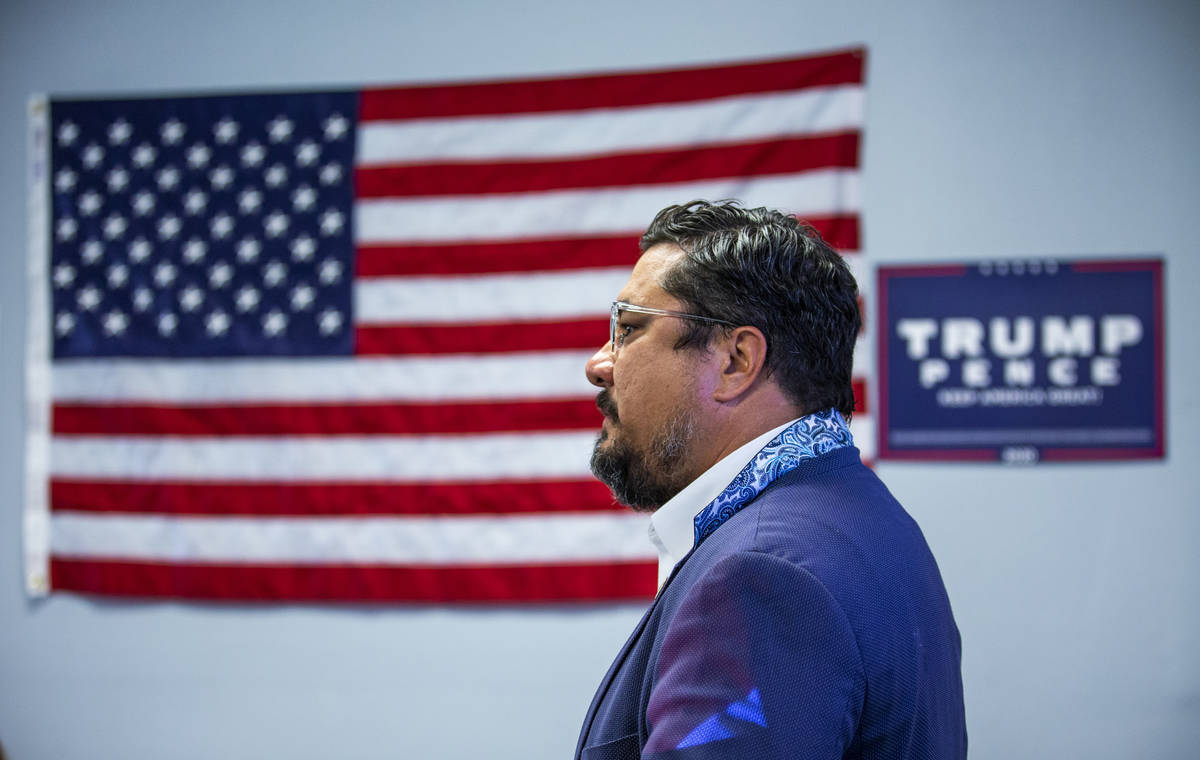 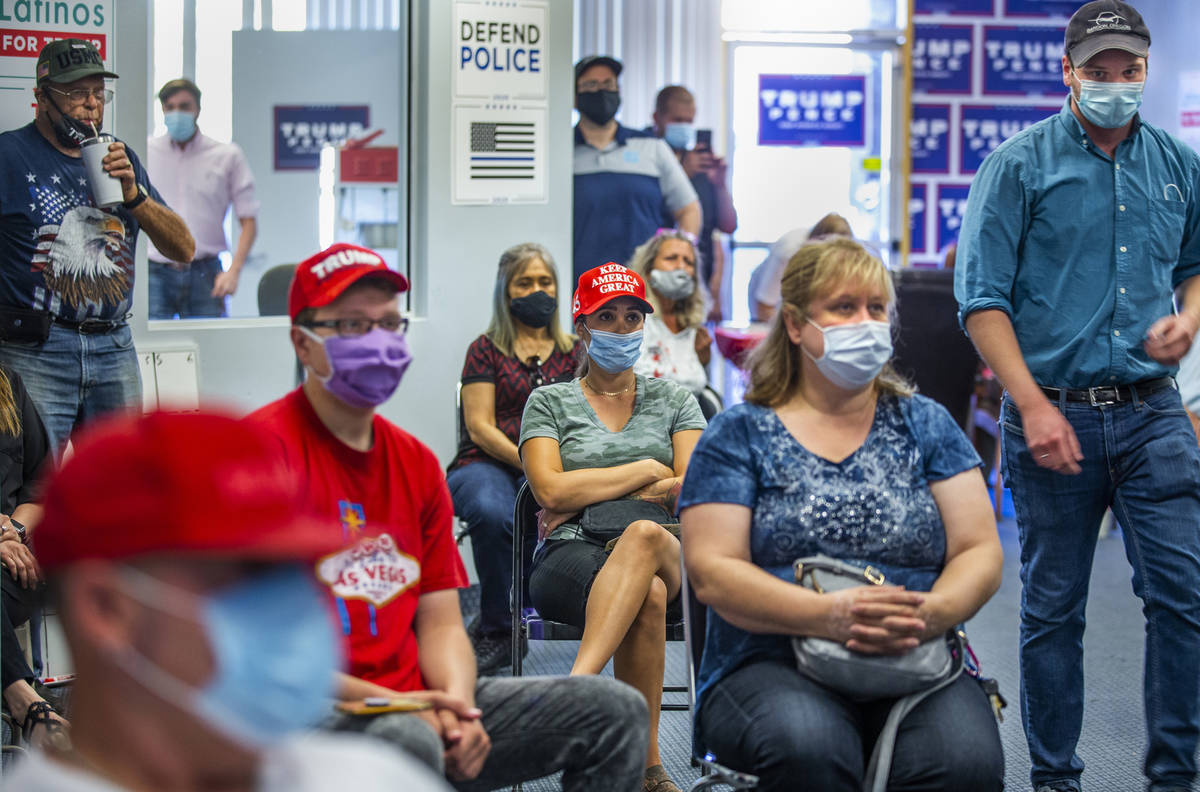 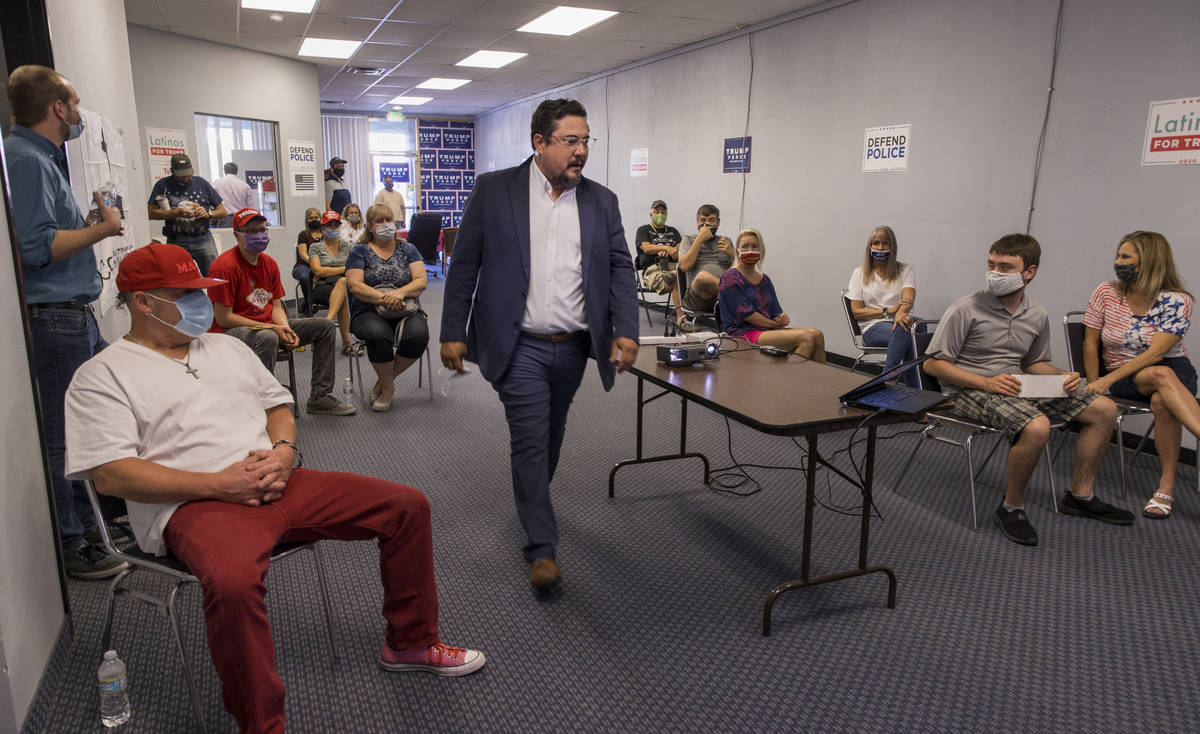 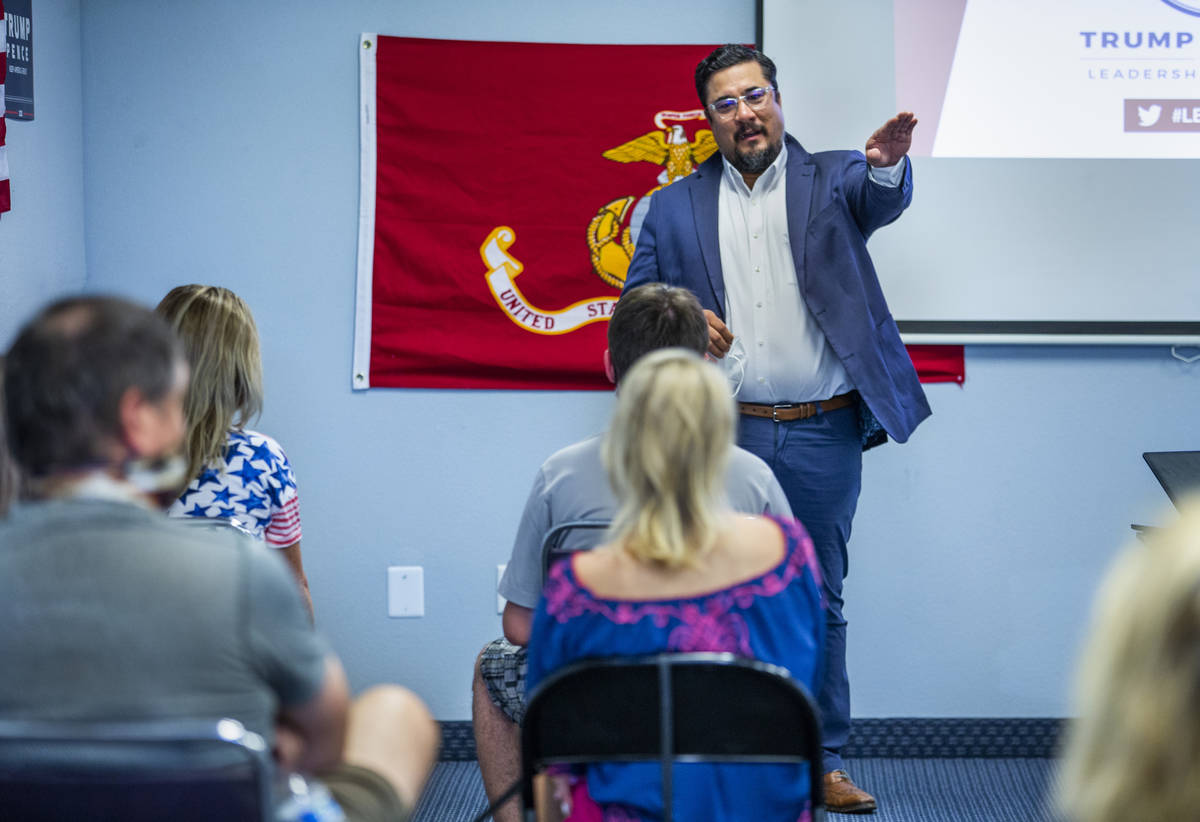 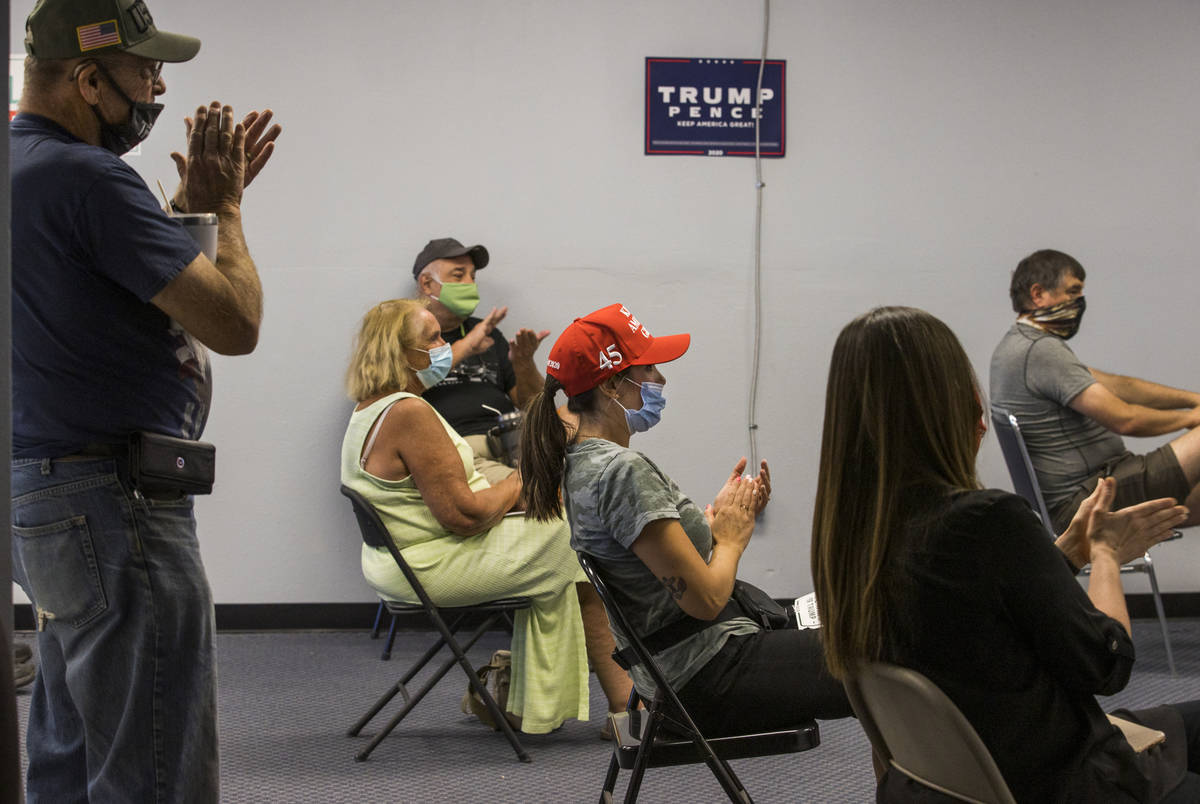 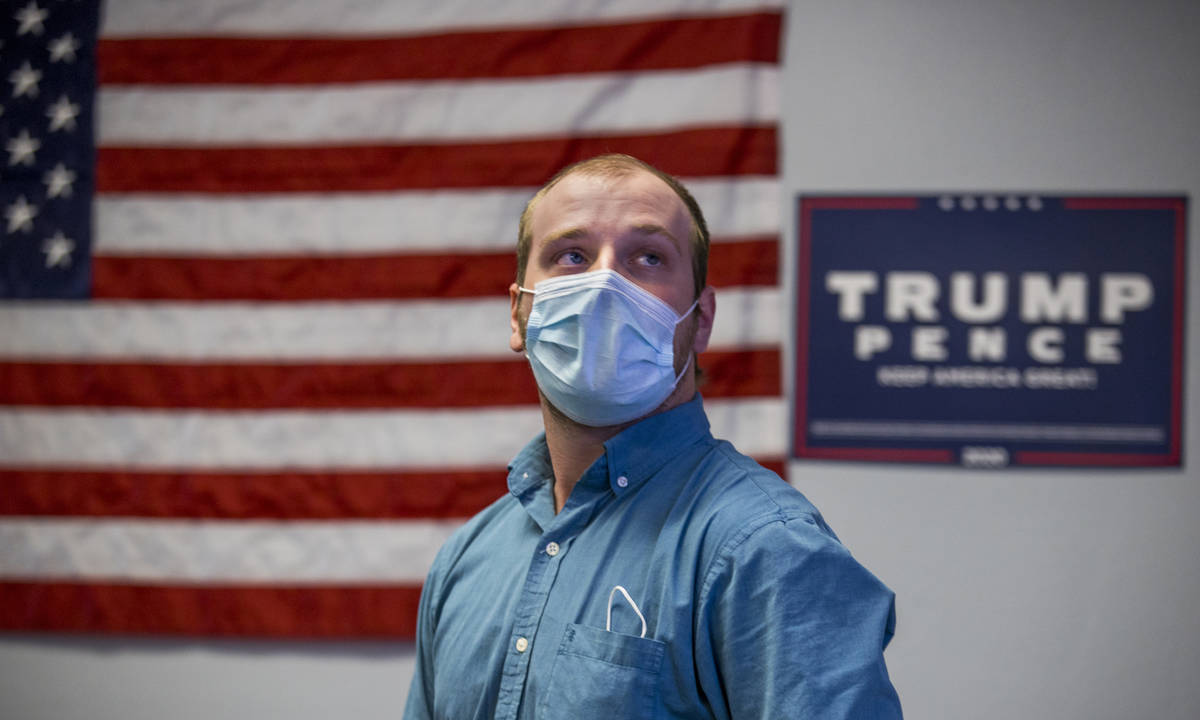 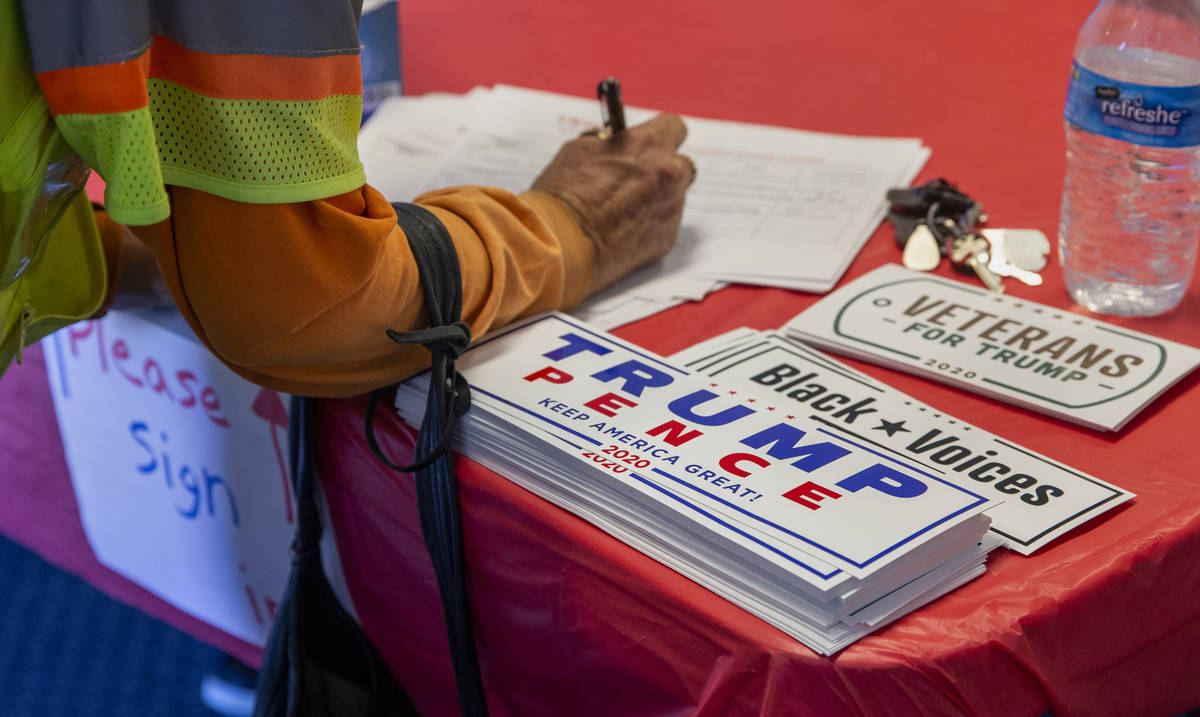 The Nevada branch of President Donald Trump’s re-election campaign has resumed in-person campaigning events, such as volunteer training sessions and knocking on voters’ doors, after the COVID-19 pandemic had forced it into online-only events in March.

Spokesman Keith Schipper said in-person field operations began again on June 8. The group knocked on nearly 9,000 doors and recruited some 125 volunteers on the weekend of June 13, he added.

Schipper said volunteers and staff are required to wear masks and practice social distancing when meeting for events, working in campaign offices or knocking on doors. Volunteers are encouraged to make appointments before entering a Trump Victory campaign office.

Campaign offices are restricted to 50 percent capacity and cleaned regularly, Schipper said, but staff is still encouraged to work remotely when possible.

Trump’s campaign, and many smaller political operations throughout Nevada and the country, transitioned to online only in March as attempts to stop the spread of COVID-19 slammed the door on traditional campaign events.

The virus has seen a recent surge in Nevada and beyond, with record daily highs in local hospitalizations. In response, Gov. Steve Sisolak issued a mandatory face coverings rule last week and extended Phase 2 of the state’s reopening plan until the end of the month.

The Trump campaign will continue to comply with these requirements, Schipper said.

Schipper said the campaign has contacted 1.2 million Nevada voters and has nearly 50 staff members spread across the state’s 17 counties since starting work more than a year ago.

“After seamlessly transitioning into a virtual operation in March, we’ve adapted once again to safely get back into the field to engage voters about President Trump’s historic record of delivering for the Silver State,” he said.

In response to a Review-Journal inquiry, the Nevada campaign for former Vice President and presumptive Democratic nominee Joe Biden said it has continued with a virtual campaign that includes regular phone banks, community meetings and check-ins from both Biden and top surrogates.

“We’ll never ask our staff, volunteers, supporters and Nevada voters to put themselves in harm’s way,” a Biden spokesman said.