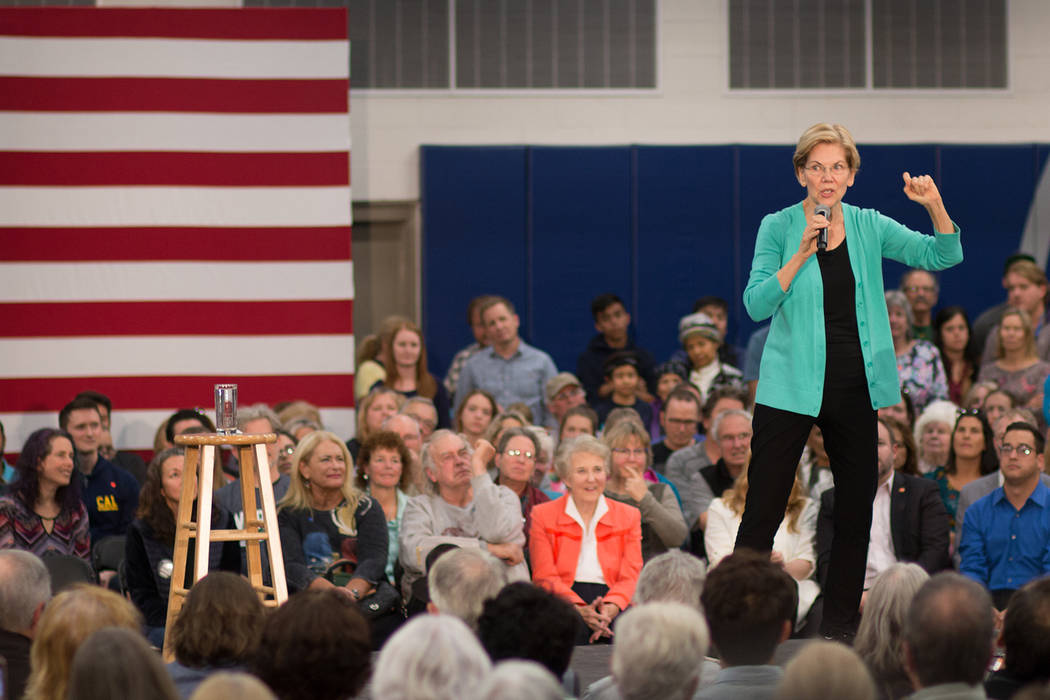 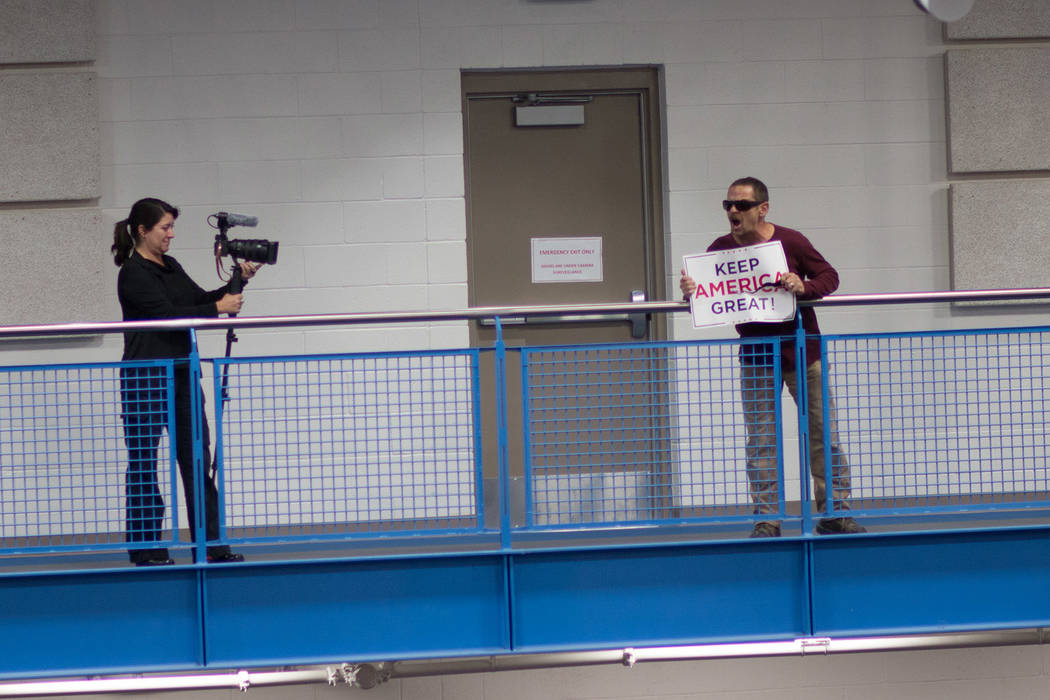 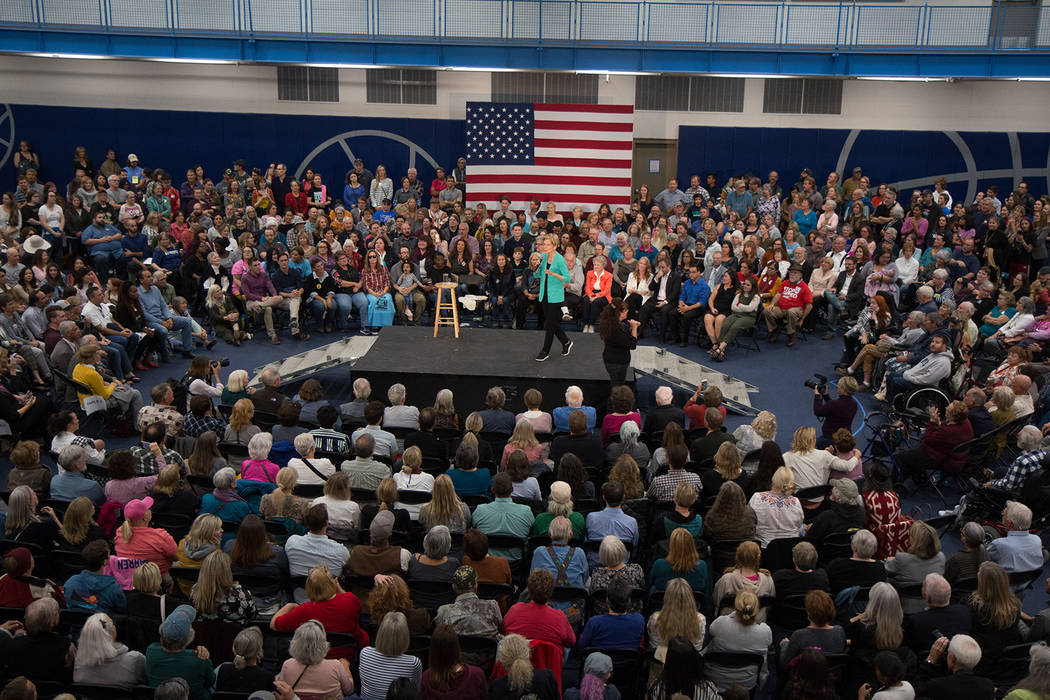 CARSON CITY — Massachusetts Sen. Elizabeth Warren on Wednesday stumped her way through Carson City, where the Democratic presidential hopeful stuck mostly to her usual campaign speech that touched on her plans to curb corruption in Washington, reform elections and make the mega-wealthy pay more in taxes.

Earlier Wednesday, Warren was in Las Vegas, where she joined other 2020 Democratic candidates participating in a forum on gun violence sponsored by March for Our Lives and Giffords.

Here are a few highlights from Carson City:

Crowd size: Warren’s supporters lined up outside the Multi-Purpose Athletic Center, weaving through lines of parked cars as they waited to head inside and see her speech and short town hall meeting. Warren’s campaign said roughly 1,550 people attended.

Opposition: Warren was met by a small number of protesters holding “Trump-Pence 2020” signs as she left Reno-Tahoe International Airport ahead of her Carson City speech. About a dozen more supporters of President Donald Trump stood outside the event in Carson City chanting “Trump 2020.”

One managed to get inside and onto the second-floor running track that overlooked Warren’s town hall carrying a campaign sign for Trump’s re-election campaign. As the man shouted, the large crowd there to see Warren began shouting back “Lock him up!” — alluding to the impeachment inquiry being led by House Democrats over the Trump-Ukraine scandal by using a phrase similar to one made famous by Trump supporters during the 2016 election.

Playing the hits: Warren’s speech was similar to ones she has delivered during previous stops in Northern Nevada as a candidate for president. She touted her wealth tax — a 2 percent levy on people’s assets in excess of $50 million, which would be used to pay for programs like universal child care and pre-kindergarten, along with student loan reduction.

She also talked about ensuring voting rights are protected, ending partisan gerrymandering and overturning Citizens United, the 2010 Supreme Court decision that has led to drastic increases in outside spending in political campaigns.

What’s next: Warren will be back in Las Vegas to march in the Las Vegas Pride Parade on Oct. 11.