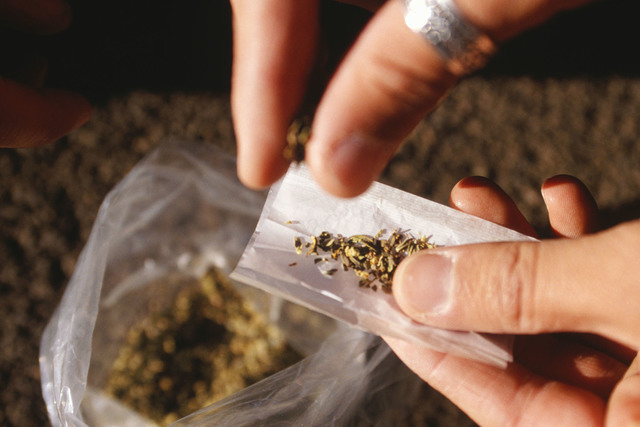 Nevada’s July 1 roll out of recreational marijuana sales could be in jeopardy after a district court judge signed an temporary restraining order.

A judge on Tuesday signed the order prohibiting the Department of Taxation from enforcing a May 31 license application deadline for the state’s recently approved early start program.

The Independent Alcohol Distributors of Nevada filed a complaint arguing that the November voter-approved ballot measure that legalized cannabis in Nevada gives liquor wholesalers exclusive rights to marijuana distribution licenses for the first 18 months of sales in the state.

Despite that claim, tax commissioners approved temporary regulations on May 8 to give the tax department discretion in doling out licenses for marijuana distributors. Distributors will be responsible for transporting marijuana products from cultivation and production facilities to dispensaries.

“The statute clearly gives a priority and exclusive license to alcohol distributors, in order to promote the goal of regulating marijuana similar to alcohol,” the judge ruled.

Sam McMullen, the attorney representing the wholesalers, said Wednesday that the order will likely delay the expected July 1 start for recreational marijuana sales. But, he said, the group’s intent is not to delay those sales.

“We just want our rightful place. We don’t want to slow this down inordinately,” McMullen said.

The tax department reached out to all licensed alcohol wholesalers in the state soon after Question 2 passed to gauge their level of interest in distribution. The department said it only a handful of dealers showed lukewarm interest, and no concrete business plans were submitted for how those companies would distribute marijuana.

Tax department director Deonne Contine said in several meetings that the industry needed licensed distributors under Question 2 or the industry could not operate.

The order issued Tuesday means the department cannot issue licenses to anyone except licensed liquor wholesalers.

Tax department spokeswoman Stephanie Klapstein said that only one licensed alcohol wholesaler had applied for a marijuana distribution license, and that the application came in Wednesday morning.

The extent of the impacts and potential delays likely will not be hashed out until the restraining order is heard. Klapstein said the department expects a hearing to be set in the next couple of weeks.

“The Department is reviewing the temporary restraining order with legal counsel, and we intend to defend our regulations to the fullest extent of the law,” Klapstein said.

Yemenidjian cited the same argument the tax department initially made — that he doesn’t understand why alcohol distributors would risk losing their federal license. And logistically, he said, the move doesn’t add up.

Yemenidjian’s cultivation facility is less than a mile from his dispensary, he said. Other companies have cultivation centers located on the same property as its dispensary. In those cases, the companies would need to pay a distributor to take the marijuana products from one room in a building to another.

“It doesn’t make any sense,” he said.

Should the early start program be delayed, the impacts could go beyond local businesses losing out on revenue and marijuana users having access to the product.

Gov. Brian Sandoval’s proposed budget is based on sales starting July 1, and calls for nearly $70 million in taxes over the next two fiscal years to fund the state’s public education fund.

That new tax has yet to be approved by the state Legislature, which is scheduled to adjourn Monday.

November 8, 2016 – Voters approve Question 2, which legalized possession of marijuana for adults 21 and older.

July 1, 2017 – Expected rollout of Nevada’s “early start” program that would allow for adult-use sales to begin before the deadline set in Question 2.

Jan. 1, 2018 – Deadline for tax department to have a regulatory structure for adult-use sales in place.