If you are having problems accessing today’s e-Edition, please click on this link VIEW E-EDITION
By Meghin Delaney Las Vegas Review-Journal
November 27, 2017 - 11:14 am 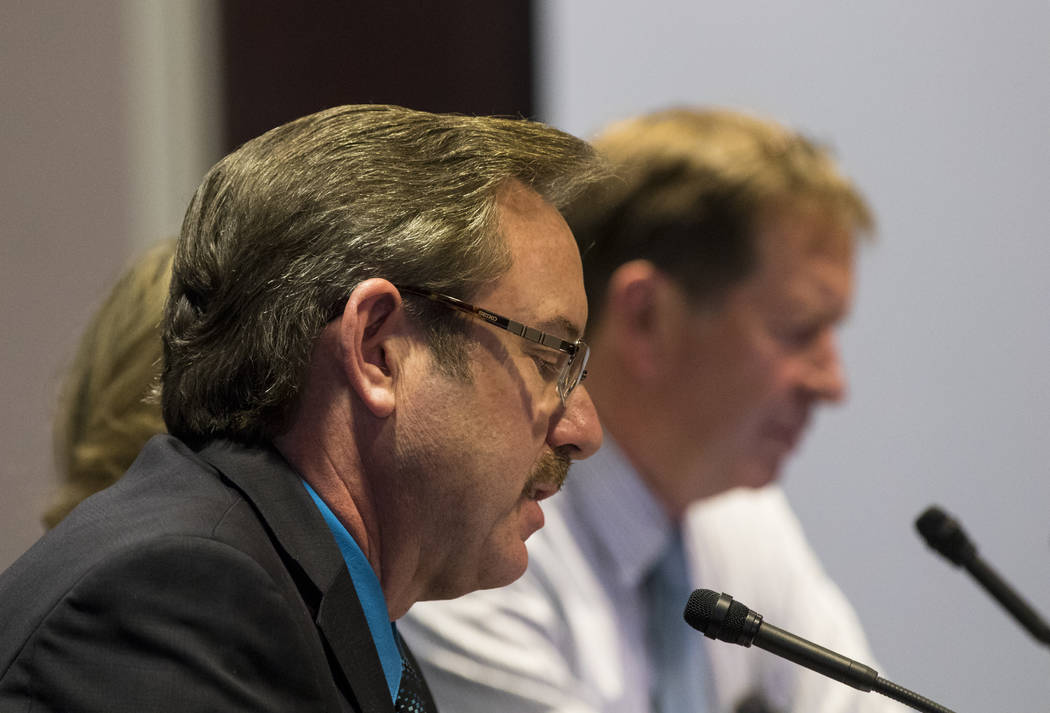 A Henderson advisory council will likely recommend a grantlike approach to distribute licensing revenue from marijuana retailers to schools.

The City Council voted this month unanimously to direct 30 percent of the revenue the city receives from retail marijuana business license fees to schools in the city limits. They’re asking the city’s Community Education Advisory Board to bring forward proposals for how the money should be distributed among the city’s 39 schools.

“This is a great place to be and we’re excited about the future,” said Richard Derrick, assistant city manager and chief financial officer who is also a member of the advisory board.

Derrick said the board, created by the state-mandated reorganization of the Clark County School District, will likely work with principals to find out what the needs are. Then, he said, it will probably request schools to submit applications for specific projects and follow a process similar to what the city uses to allocates revenue from redevelopment zones to help schools.

While it’s not unusual for a city to earmark money for its schools, Henderson’s plan to use marijuana revenue to bolster local education funding has given this effort a higher profile.

The state marijuana tax was sold to voters before the 2016 election as a way to get more money into schools, and revenue from that is included in the Distributive School Account that the state uses to fund schools across the state. But that distribution mechanism has attracted controversy, with Clark County Superintendent Pat Skorkowsky and others saying the money raised in Clark County should stay in the county.

That’s what Henderson aims to do with its plan. The business license fee is based on 3 percent of dispensaries’ gross revenue, collected every six months, according to the city. Recreational pot sales started last month in Henderson.

Since the money would be distributed in a grantlike form, it likely will not decrease how much money Henderson schools get from the district. Instead, it will be additional money that schools can use to purchase technology or supplies they cannot afford with district funds alone.

The advisory board will submit a list of recommended awards each year to the City Council, which will have final approval. The first batch of money is targeted to reach schools in the summer, according to the city.

Derrick expects updated technology to be a popular theme because that’s what a lot of principals request from city redevelopment funds.

The advisory board will meet next in January.