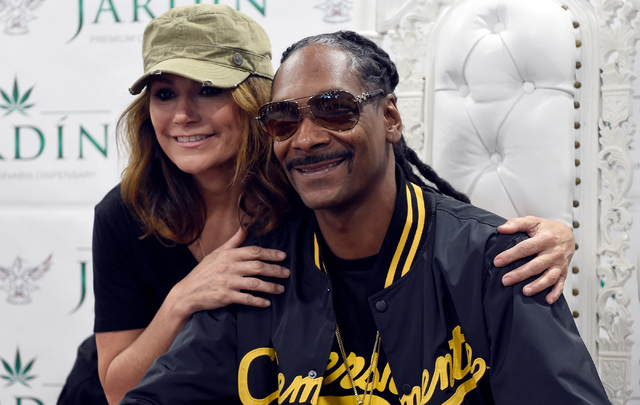 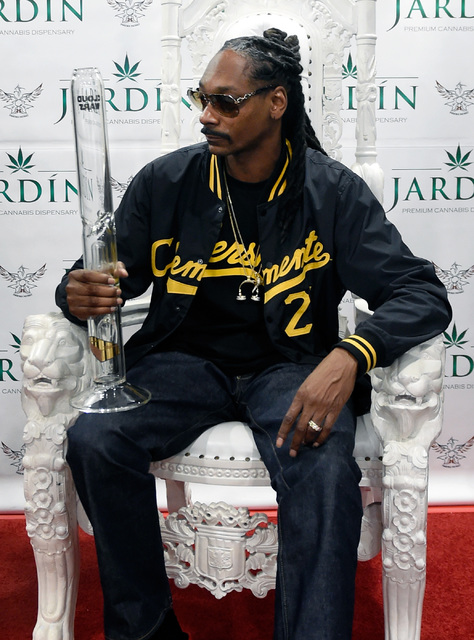 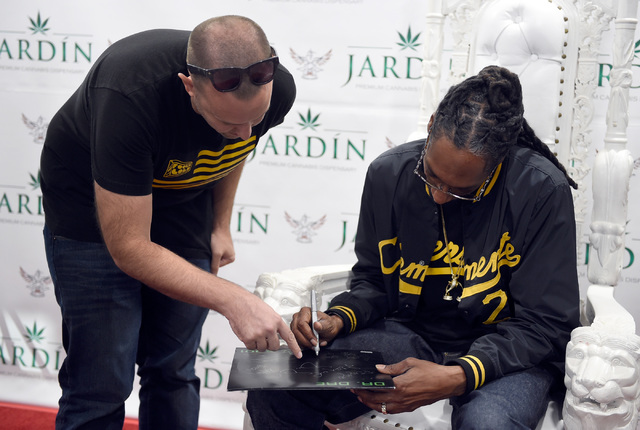 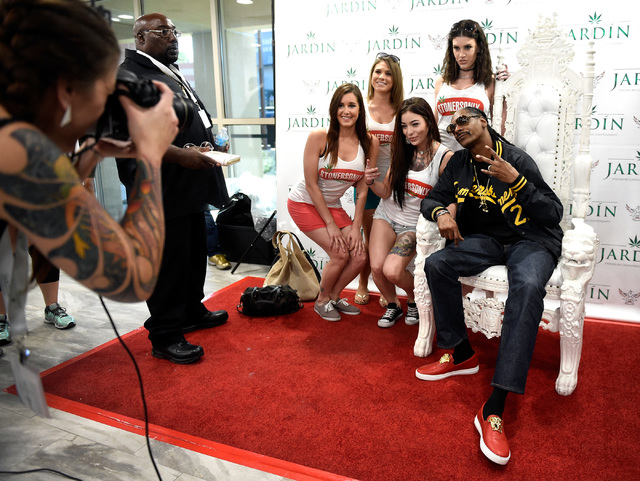 Adult use of marijuana becomes legal for Nevadans at the start of 2017. But for most of the general public, there will be no place to buy it — legally at least.

And that leaves some, including state Sen. Tick Segerblom, D-Las Vegas, worried that Nevadans will turn to the black market to buy the legal substance.

“I can own an ounce, and the cops can’t do anything to me. But I can’t buy an ounce, so where am I gonna buy it?” Segerblom, a marijuana legalization advocate, said Thursday.

Nevadans passed Question 2 on Election Day, which will allow adults 21 and older to possess up to 1 ounce of cannabis or one-eighth ounce of cannabis concentrate starting Jan. 1. But it’s not clear exactly when cannabis stores will be able to sell marijuana to adults who don’t have a medical marijuana card.

The question approved by 55 percent of Nevada voters says the Department of Taxation must create the licensing regulations for recreational marijuana sales, but has until Jan. 1, 2018, to do that. The first recreational licenses will go to currently licensed medical marijuana dispensaries. For the first 18 months of licensing, the department can accept applications only from those companies, per the legislation.

Segerblom and those within the cannabis industry are hoping to see things move as quickly as possible in hopes of stemming any black market growth while allowing Nevada to reap some of the initial tax benefits.

“If you have a situation where it’s legal to possess and use marijuana, but there’s no legal mechanism to purchase it, you are creating a bigger black market by definition,” said Andrew Jolley, co-owner of medical marijuana company The+Source. “The sooner we can allow retail sales, the better the outcome for the community, and the faster the transition away from the black market to the regulated market.”

The taxation department appears on board with getting things rolling before its 2018 deadline, as well.

The office is already working on developing temporary licenses that would go to the medical dispensaries so they could start selling the recreational cannabis, taxation department executive director Deonne Contine said in a press release Thursday.

“Because the medical (marijuana) program is up and running, the framework is already there,” department spokeswoman Stephanie Klapstein said. “It’s just a matter of getting the regulations going.”

If everything goes perfectly according to schedule, the taxation department could issue its first temporary licenses by summer 2017, Klapstein said.

Not everyone thinks Nevada should jump into selling recreational cannabis as soon as possible.

“I would like for us to take our time. Let’s examine it. Let’s make sure we enact the regulations for it properly,” said P.K. O’Neill, a former assemblyman from Carson City who opposed Question 2.

O’Neill said he doesn’t see the rush when the legislation gives the state up to a year to get everything in order, and said officials should take as much time as needed to ensure that. And by waiting the full time alotted, it would give the Legislature a chance to consider other aspects of regulation not addressed by Question 2, he added.

Segerblom said he was encouraged to hear that the state is already moving toward an early rollout system, and hopes things can move as swiftly as they did after Oregon legalized the drug two years ago.

Oregon voters approved recreational adult use of marijuana during the mid-term elections of 2014. That measure legalized marijuana on July 1, 2015, but the state’s legislative bodies anticipated that it would take until fall of this year for them to fully craft the regulations.

The state’s legislative marijuana committee approved an early rollout system that allowed already established medical marijuana dispensaries to sell a limited amount and selection of product. Within a month of the drug’s decriminalization, medical dispensaries were selling smokable cannabis flower to non-medical customers, exactly a year before the first recreational licenses were issued.

That allowed the state to collect $40.2 million in tax revenue from recreational marijuana sales from January to September this year, according to the state’s tax revenue department.

“If it’s going to be legal, we’re just forcing people into the black market if we don’t do this,” Segerblom said. “If you’re going to have it (legal), let’s tax it.”