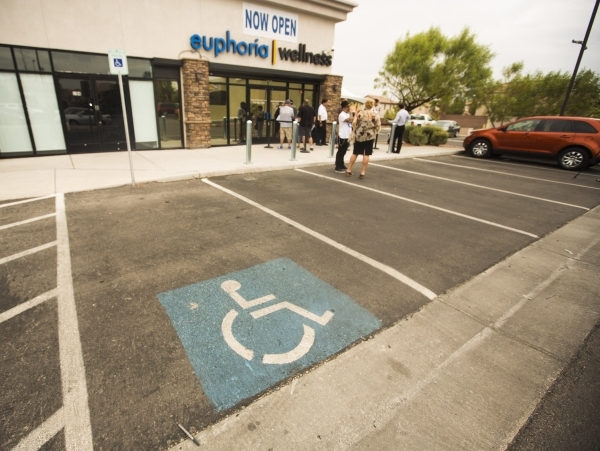 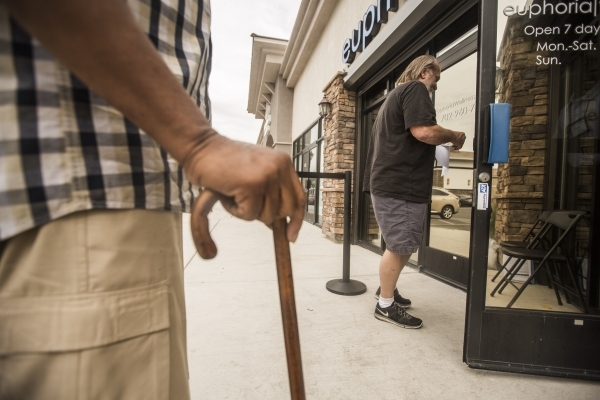 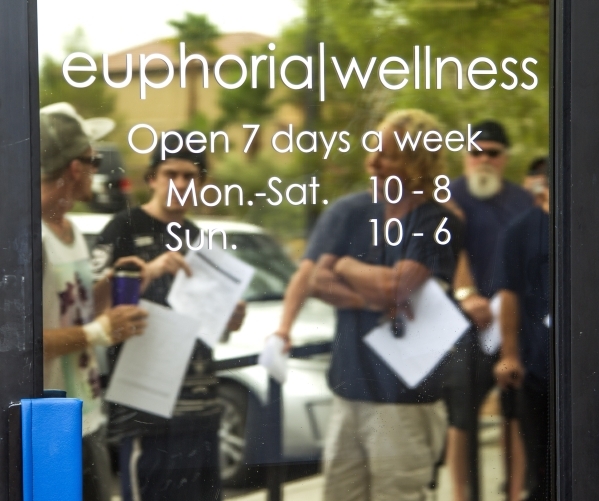 A reflection of patients is seen while they stand in line at Euphoria Wellness, 7780 S. Jones Boulevard on Wednesday, Aug. 26, 2015. JEFF SCHEID/LAS VEGAS REVIEW-JOURNAL Follow him 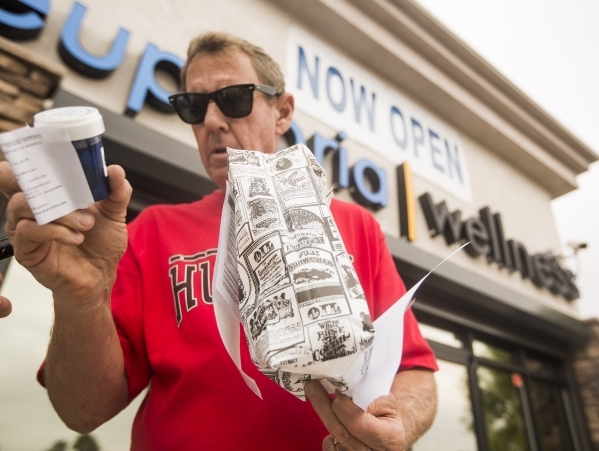 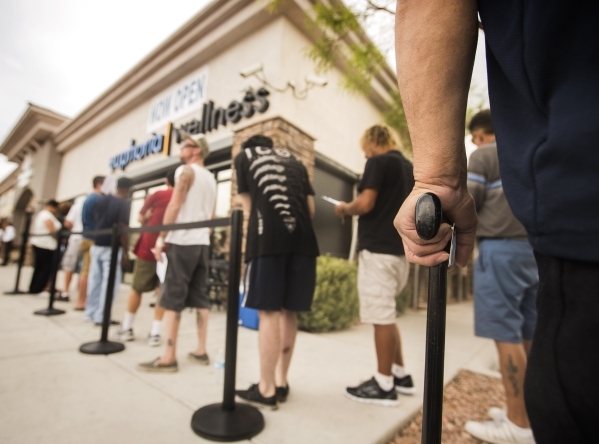 Clark County’s only medical marijuana dispensary was forced to close its doors for nearly a week after it ran out of supplies due to widespread failures in the safety tests performed on growers’ crops.

Any marijuana sold in Nevada must first be tested and approved by a state-licensed laboratory. The marijuana must meet strict standards approved by the state, including what amounts to a zero-tolerance rule for pesticides.

Cindy Orser, chief science officer for Digipath Labs, said about a third of samples her staff has tested so far have failed, mostly for pesticides and some for microbial contamination.

The stakes of such tests are high — a failure means the entire five-pound batch from which the sample came must be destroyed.

Denkin and others said they expect the situation to improve as commercial growers’ own from-scratch crops start to be harvested in the coming weeks.

Euphoria, the only dispensary in the Las Vegas area, had sold to more than 2,000 customers between its Aug. 24 opening and its temporary closure Wednesday, Ferrence said.

Until now, much of the marijuana sold has been from plants that were started by home growers, then sold to commercial cultivators that finished and harvested the plants. That practice is allowed under state law, but makes it more likely the marijuana will fail tests, Denkin said, since home growers may not have the same technology or expertise as professionals.

DigiPath said its testing business has been much slower than expected.

There are seven state-approved commercial growing operations in Clark County, fewer than Denkin expected to be open by now and a fraction of the more than 120 that were granted provisional approval last year by the state.

Denkin attributed the delay to the expense of constructing major commercial growing operations, which are commonly tens of thousands of square feet.

DigiPath has been advising growers on ways to cut the risk of contaminating plants, including such simple steps as wearing gloves. And Denkin said he said he expects the testing failure rate to drop dramatically as commercial growers begin their own harvests.

Orser said some of the problems so far are simply “growing pains.”

“Everyone is so anxious,” Denkin said, “and sometimes we have to take a step back and say, ‘Look, this is a brand new industry that’s being created.'”