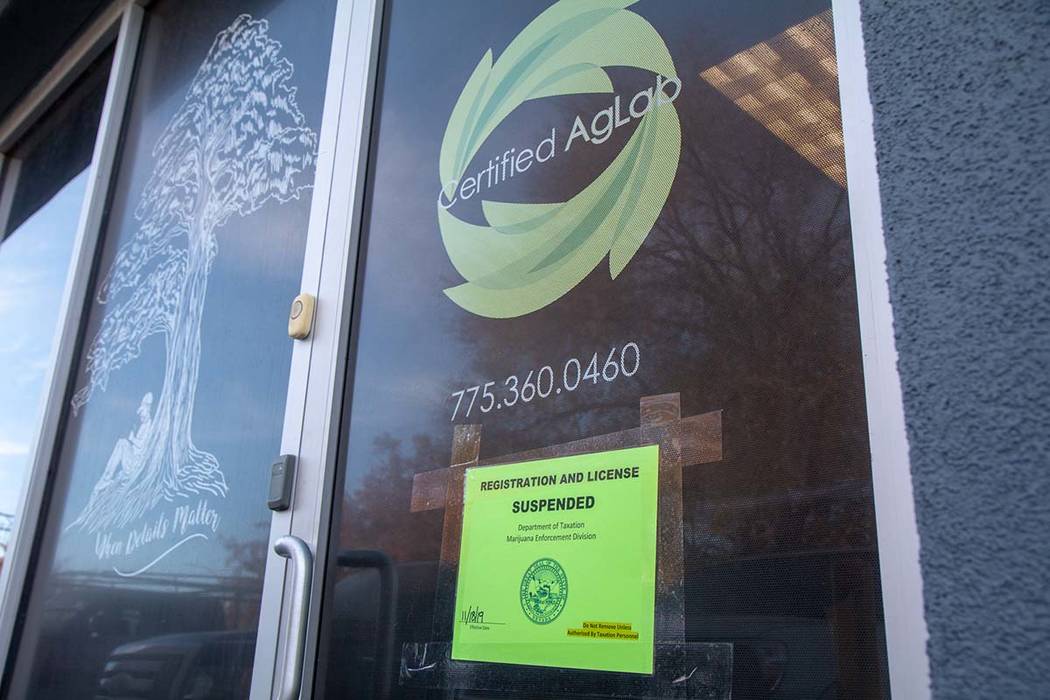 RENO — A suspended marijuana testing lab is firing back at state regulators over what it calls a heavy-handed punishment and “baseless” accusations of THC manipulation.

In a statement sent Tuesday afternoon, Certified Ag Labs managing member Randy Gardner said that the lab had been accused of lying to the the Department of Taxation in regards to the THC potency results.

“The state’s decision to suspend and potentially revoke our license came without warning,” the statement said. “This accusation is as baseless as it is appalling, as we have been completely transparent with the state at all times. We take this matter very seriously, and based on my over 30 years of laboratory experience we believe these allegations unconscionable at best.”

“The state came in for their audit then came back and suspended our license without us having a chance to further clarify or refute their findings,” the statement continued. “We hope the state appreciates that a business and its employees’ livelihoods and reputations are at stake. We are pursuing our options and all legal and equitable redress will be on the table.”

On Monday, the state said it found “inaccurate and misleading” THC results after retesting products that had previously be screened by Certified Ag.

But citing a law passed this year that was lauded for boosting transparency in marijuana regulation, the department has declined to release further information, including what the discrepancy in testing results were or whether or not the testing facility’s state license had been suspended, even though a notice from the department had been posted on the business’ entrance indicating that it had been suspended.

The department’s policy about not releasing information about current license holders runs counter to how its operated in the past. In late 2017 and early 2018, the tax department suspended several marijuana labs over regulatory issues, and confirmed such suspensions at the time.