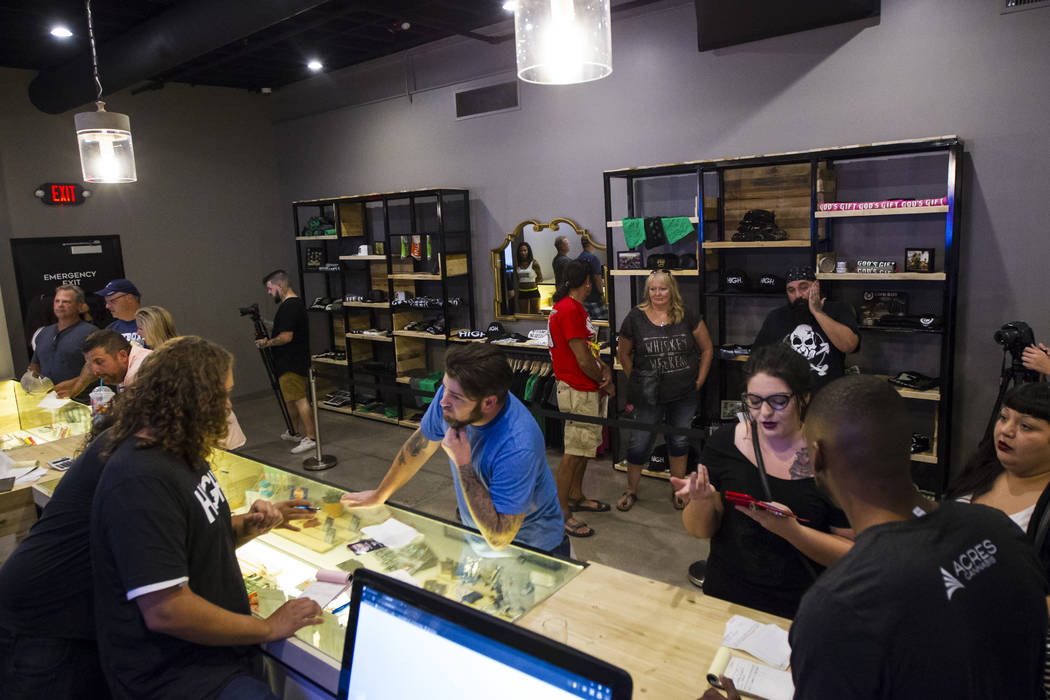 Nevada dispensaries raked in more than $27 million during the first month of recreational marijuana sales, generating more than $3.6 million in taxes, according to figures released Thursday by the Nevada Department of Taxation.

How does that stack up against the other states with legal marijuana?

Colorado and Oregon each sold about $14 million in marijuana during their respective first months of sales. Washington sold $3.8 million in its first month.

“We came out of the gate like a shotgun,” said Matt Morgan, CEO of Reef Dispensaries.

Morgan said that, even three months into recreational sales, Reef’s dispensary located behind the Fashion Show Mall has a line inside the store at nearly all times and outside about 40 percent of the time.

Nevada’s market will only grow, he said.

“I still don’t think everyone understands that it’s recreational in Nevada yet,” Morgan said.

For Nevada, $2.7 million in tax revenue came from the 10 percent special excise tax on recreational marijuana, all of which is destined for the state’s rainy day fund.

That falls right in line with Nevada’s marijuana sales estimates, even though there were no state projections for July because of uncertainty about when stores would begin sales. State officials have projected that special sales tax will generate $63.5 million over the first two years of sales.

“Although July was not accounted for in our projections, the first month’s revenues demonstrate that the state’s structure appears to be collecting at a rate consistent with the consensus forecast.” said Mari St. Martin, spokeswoman for Gov. Brian Sandoval.

Another $974,060 came from the 15 percent wholesale tax levied on both medical and recreational marijuana when it is transferred between the grower and the seller.

That was significantly more than the $548,000 the state projected for July. If those figures stay consistent, the wholesale tax would generate about $23.4 million for the fiscal biennium.

Tax Department spokeswoman Stephanie Klapstein said the state expects that excise tax to grow over the next two years as more cultivators get licensed and begin to operate.

The state has also pulled in $6.5 million in marijuana license and application fees.

Those revenues will be used to cover the administrative costs to regulate the industry for the Tax Department and local governments, and all remaining funds go to the state’s public education fund.

Recreational sales started on July 1, and the state has issued 250 recreational marijuana licenses thus far, 53 of them to dispensaries.