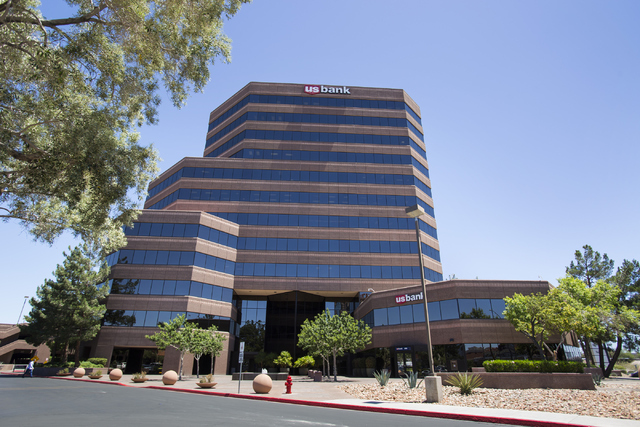 There’s a green light at the end of the tunnel for prospective medical marijuana patients in Southern Nevada.

The wait times to be approved for a medical marijuana card are expected to be cut dramatically, thanks to a new Division of Public and Behavioral Health office in Las Vegas that will remove the need to mail applications to Carson City.

Rather than waiting several weeks, patients can expect to fill their prescriptions the same day they fill out their applications, according to the state.

The office opened Wednesday as part of a public-private partnership with the Nevada Dispensary Association, a group made up of representatives of several medical marijuana dispensaries across Nevada. The office is at 2300 W. Sahara Ave., Suite 800.

“We are pleased to expedite, improve and simplify this process to make the medical use of marijuana more readily accessible for patients,” said Joe Pollock, deputy administrator of the state division.

Nevada legalized medical marijuana in 2000. But because of legislative hang-ups, it took 15 years before the first dispensary opened in Sparks in July 2015. When that store opened, the state had just over 10,000 medical marijuana cards issued. The most recent count this month tallied more than 18,000 cards in circulation statewide. Nevadans also will consider whether to legalize recreational marijuana on November’s ballot.

No longer having to mail applications to Carson City is a tangible benefit for cancer and multiple sclerosis patients who, after obtaining a doctor’s recommendation for medical marijuana, had to wait weeks before getting prescriptions filled, according to Nevada Dispensary Association Executive Director Riana Durrett.

“It will allow them to obtain medicine the same day they start the application process,” Durrett said.

To do so, prospective cardholders still will need approval by a physician. After that, they’ll need to work with trained staff at one of 10 participating medical marijuana dispensaries across the valley who will ensure the applications are filled out properly. Those dispensaries also will set up an appointment with the application office.

Patients will receive their approval letter at the office, clearing them to purchase medical marijuana for 60 days. Patients still will need to go to the Department of Motor Vehicles during that 60-day period to get atheir medical marijuana card.

The move signals a “paradigm shift” for the state, Durrett said. “They’ve realized that this is medicine, and there’s no reason to delay someone getting it,” she said.

State Sen. Patricia Farley, R-Las Vegas, lauded the cooperation between the Nevada Dispensary Association and the state as they worked to streamline the process.

“Removing barriers to simple, efficient access to medical marijuana patient cards for our state’s patients is an encouraging sign of growth in Nevada,” Farley said. “I am impressed at the efforts the Nevada Dispensary Association and the Division have expended toward reaching the common goal of serving Nevada’s patients.”

On Medicare: What to know about choosing a home health care agency