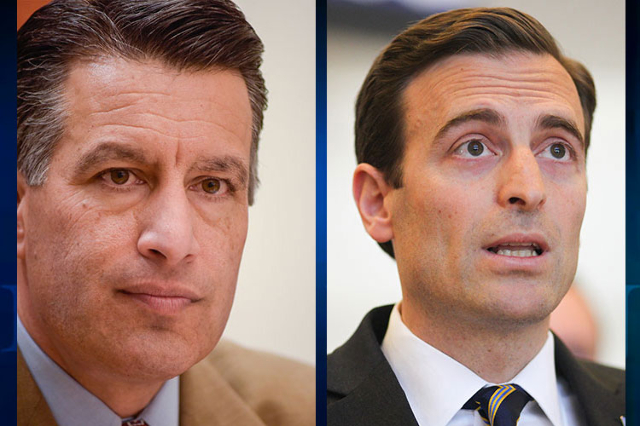 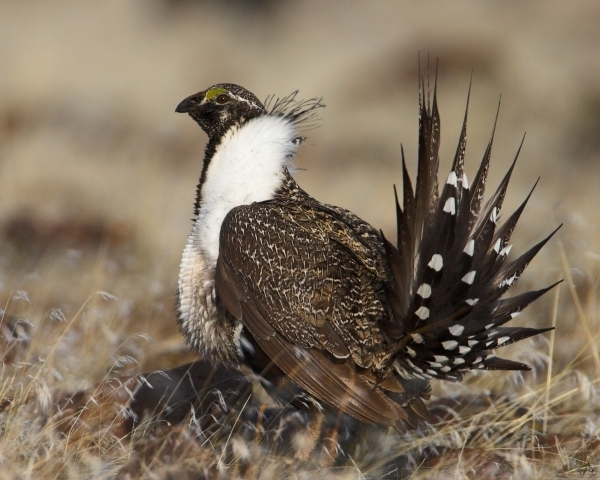 CARSON CITY — Nevada Attorney General Adam Laxalt joined a federal lawsuit Thursday challenging new land use regulations to protect sage grouse, drawing a terse response from Gov. Brian Sandoval who said the state’s top attorney was acting in his own “personal capacity” and does not represent the state in the matter.

Laxalt was quick to respond to the slap, calling the governor’s statement “troubling” and “wrong.”

“The state of Nevada has joined this lawsuit,” Laxalt said, adding “the attorney general is the only constitutional officer authorized by Nevada to intervene or to appear in litigation about public lands in the name of the state.”

“The attorney general’s office has done so,” he said.

The AG’s office said it had lengthy meetings with governor staff members before the suit was filed.

Filing of the suit and the ensuing exchange between the constitutional offices underscored a simmering rift between Sandoval and Laxalt, both Republicans, who have clashed before over suing the federal government.

Just weeks after taking office in January, Laxalt joined with 25 other states to challenge President Barack Obama’s executive actions on immigration. Sandoval disagreed with the action, saying the matter would be best handled legislatively in Congress.

Laxalt on Thursday filed an amended complaint in federal court in Reno to a suit first filed by Elko and Eureka counties and two mining companies over regulations that will restrict activities on millions of acres of public lands in Nevada that are managed by the Bureau of Land Management and U.S. Forest Service. Seven other counties — White Pine, Lander, Lincoln, Humboldt, Washoe, Churchill and Pershing — also have since joined the suit.

A hearing on a preliminary injunction sought to block the regulations is scheduled for Nov. 12 in Reno before U.S. District Judge Miranda Du.

The regulations were published in September just as the Department of Interior said placing the greater sage grouse on the Endangered Species List was unwarranted because of aggressive efforts taken by states to guard the bird’s habitat.

The federal agency was under a court mandate to decide by Sept. 30 whether the chicken-size bird found in 11 Western states and parts of Canada deserved protection because of dwindling populations. The court order spurred an unprecedented effort by states and the federal government to come up with plans to safeguard the bird’s sagebrush habitat and avoid a listing that many feared would cripple rural and western economies.

But critics argue the regulations imposed are just as onerous as a listing to ranching, mining and oil and gas development. About 3 million acres in Nevada were withdrawn from future mineral and multiple use activities.

“The federal government’s one-size-fits-all sage grouse plan will greatly hinder Nevada’s growth and success, and have an adverse impact on Nevada’s economy, affecting ranchers, mining exploration, new energy source development, recreation and everyone who works in these industries,” Laxalt said in a statement.

He said the lawsuit is necessary to “fully protect the interest of the state.”

But the attorney general’s action drew a swift condemnation from Sandoval, who is in China on a trade mission. Sandoval’s administration had been working for years with federal officials on a state plan to try to prevent a listing of the bird. The governor appeared with Secretary of the Interior Sally Jewell during a news conference in September when she announced a listing is not necessary.

Sandoval has said he has “significant concerns” over the land restrictions and was continuing discussions with Jewell. The administration, which has not dismissed possible litigation in the future, said the lawsuit could undermine those talks.

“If the greater sage grouse had been listed as an endangered species, the consequences of that listing would have been permanent and inflexible,” Sandoval spokeswoman Mari St. Martin said in a statement. “It would have given exclusive control of the management of the bird as well as the habitat to the federal government.”

She said the “unwarranted” decision keeps Nevada involved in management of the bird.

“The governor believes that joining a lawsuit now will chill ongoing discussions between the state and Department of Interior, divert resources from the current strategy of engagement and could actually undermine the ‘not warranted’ decision nearly every stakeholder has been working toward for over a decade,” the governor’s office said.

“By pursuing litigation now, the attorney general is acting in his personal capacity and does not represent the state of Nevada, the governor or any state agencies,” St. Martin said.