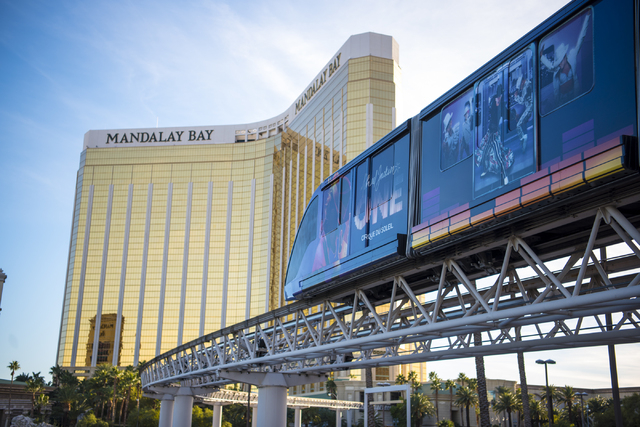 The Mandalay Bay to Excalibur monorail is shown on the west side of the Las Vegas Strip on Friday, Feb. 12, 2016. Joshua Dahl/Las Vegas Review-Journal 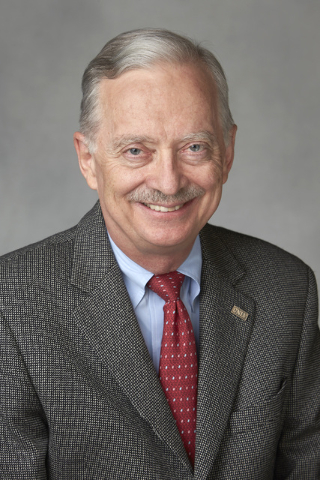 Stephen Miller, professor of economics and director of the Center for Business and Economic Research at UNLV. R. Marsh Starks/UNLV Photo Services 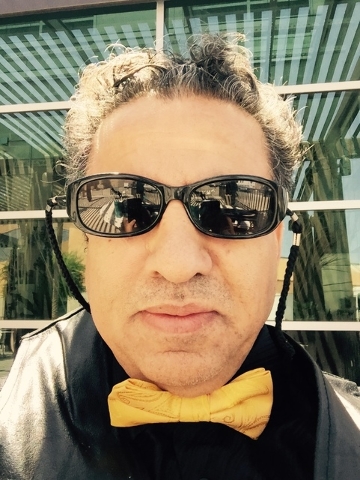 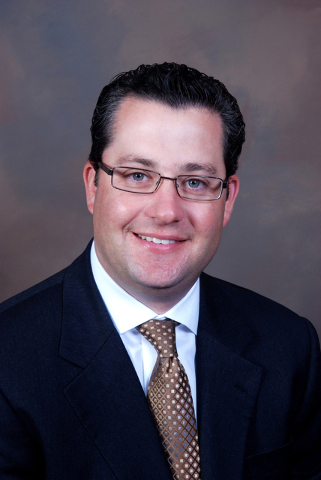 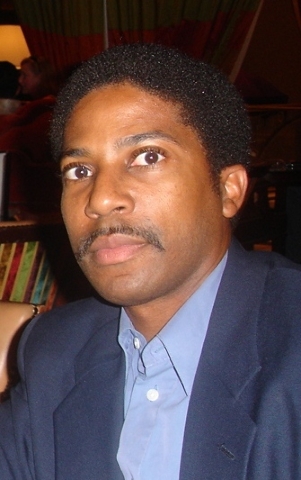 Kevin Raiford, business professor at the College of Southern Nevada. Special to View

“We were ground zero for the Great Recession, and because it was so deep, our fall off the cliff was a lot farther,” said Stephen Miller, director of the Center for Business and Economic Research at UNLV. “The recovery is taking longer for us, even if we’re recovering at the same rate as other cities. It’s like climbing a tall mountain compared to a small one.”

Although at a slower rate, local economic experts and analysts agree that the Las Vegas economy should continue to improve through 2016-17.

There are some factors financial experts consider when predicting an economic upswing or coming downturn. They include monitoring the number of unemployment insurance claims; short-term and long-term interest rates; the stock market; and building permits.

However, predictions should always be taken with caution, according to Dr. Samuel Sarri, economics/philosophy professor at the College of Southern Nevada.

“The human factor is hard to predict, which makes economics such a difficult subject,” Sarri said. “We could say that we predict we’re eating pizza for dinner tomorrow but decide at the last minute we want a peanut butter and jelly sandwich instead. Economics operates in a similar unpredictable manner.”

Despite still leading the nation in home mortgages underwater, Las Vegas ranked third in the top 30 metros for fastest growth in housing prices between 2010-15, according to Brian Gordon, a partner at Applied Analysis.

“We bottomed out in 2009 when about 70 percent of homes were underwater. Now, it’s about 23 to 24 percent of homes,” Miller said. “We’re still leading the nation in that aspect, but the large reduction of that is because home prices have gone up.”

As the economy declined, CSN professor Kevin Raiford said employers preferred to hire more part-time workers and outsource other jobs to save costs and scale down.

“As a result, more people had to work two jobs just to make ends meet,” he said. “There’s less of a support structure and less job security that way. People are seen as very replaceable, and it makes a huge impact on our community.”

Despite having one of the highest unemployment rates during the recession, Las Vegas ranked first in the top 30 metros for improvement between 2010-15. In five years, the rate decreased 7.7 percent, according to Gordon.

“It’s important to also notice that the mix of jobs is much different,” he said. “While the construction sector is down 50,000 jobs since our economic peak, we’ve seen gains in other sectors. The wider distribution of jobs is expected to provide some level of increased stability.”

Also, the increase in small businesses is driving the economy in a positive direction, Raiford said.

“We’re definitely making some progress because we repurpose ourselves and see the alternatives in situations,” he said. “Vegas has a ‘can-do’ attitude, and our numbers are often better thªn they look.”

THE COST OF EDUCATION

“It’s the nature of the labor demanded,” he said. “Washington, D.C., Maryland and Connecticut have a higher demand for lawyers, physicians and bankers. (Las Vegas) is still looking for manual laborers, such as housekeepers and servers, which pay less.”

However, he stressed the importance of obtaining an education when entering the workforce or looking for a new career.

Las Vegas is a feast or famine kind of city, according to Raiford. He calls our income disparity “one of the largest in the nation.”

“I think our ‘Vegas mentality’ plays a huge role in it,” he said. “We’re such risk-takers. There is no middle ground — we go for it all or lose it all.”

Glancing at the Strip, Sarri said, “you would think Las Vegas is full of billionaires.”

However, nearly 24 percent of the population lives below the poverty line, and 50 percent of children live with parents whose mortgages are underwater.

“We need to encourage students to learn a trade skill after high school. You can get a license within six months and get a decent paying job,” Sarri said. “You don’t need a Ph.D. to get paid $800 a month. That’s poverty after all the sacrifice you went through for 10 years.”

Historically, Las Vegas has had one of the most robust economies in the country, barring the last decade, according to Gordon.

With a growing job economy and housing industry, he said the valley remains an affordable place to live compared to other major markets.

“We’re full of opportunities and 320 days of sunshine. Compared to Portland or Buffalo, Las Vegas is on the upswing,” Raiford said. “With a positive mentality, we’ll always persevere and adapt.”

While the economy is getting better, Sarri said it won’t be like the pre-recession heydays.

“We have to learn to live with less, and we have to create more with less,” Sarri said. “If we can live within our means, then we can feed the growth of the economy.”