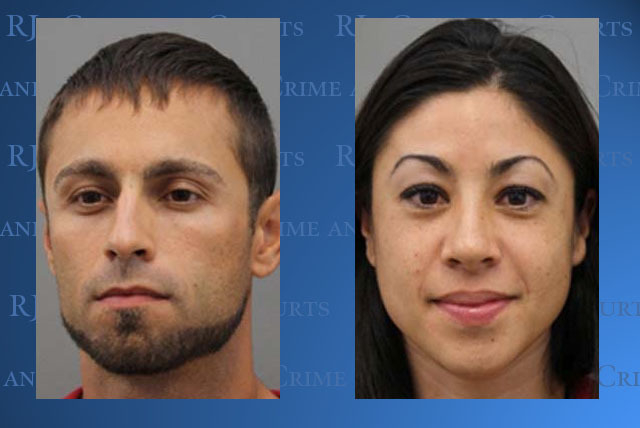 Charges were dropped against two Clark County School District teachers accused of having sex with a 16-year-old student, but they and the district now face a federal civil lawsuit brought by the girl’s family.

The lawsuit, filed Monday, claims the teen was drugged and coerced into sex acts that could have been prevented if not for school officials’ negligence.

A month later, the Clark County’s district attorney’s office dropped the charges against both teachers for soliciting a minor for sex. Prosecutors determined the student was of legal age under state law, 16, and had initiated sexual contact with the teachers.

Stalmach also faced another charge under a state law prohibiting teachers from having sex with a student “enrolled in or attending the school at which the person is employed or volunteering.” Even though Stalmach previously worked at Brown while the student attended the Henderson campus, he held no position at her current school, Basic, also in Henderson. Prosecutors determined the law didn’t apply and dropped that charge as well.

Because of the case, state lawmakers changed the law this year so teachers cannot have sex with current or former students. Stalmach and Dewey both resigned from the district in November 2012.

The lawsuit alleges the School District ignored the warning signs that could have prevented the relationship.

The district declined to comment Monday because it hadn’t seen the lawsuit, according to spokeswoman Kirsten Searer.

The student said that she met Stalmach through Dewey at Brown during the 2007-08 school year. Stalmach would meet with female students alone in his classroom during his daily break period, according to the lawsuit, which said district officials became aware of the meetings, deemed them inappropriate and told Stalmach to stop.

The lawsuit said Stalmach was transferred to Basic during the 2009-10 school year, where school officials learned he was again meeting alone with female students in his room, including the student whose family filed the lawsuit Monday. Allegations came forward of sexual text messages and images, but weren’t investigated, according to the lawsuit.

The student started going to Stalmach and Dewey’s home and was given drugs and alcohol on a weekly basis, according to the lawsuit which also said the girl was pressured to sleep in their queen-size bed.

Stalmach was then transferred to Dailey, but continued to have a relationship with the student through 2011, which became known to school officials, according to the family.

On Dec. 23, 2011, the two teachers then had sexual relations with the student after getting her “severely intoxicated and under the influence of drugs,” according to the lawsuit.