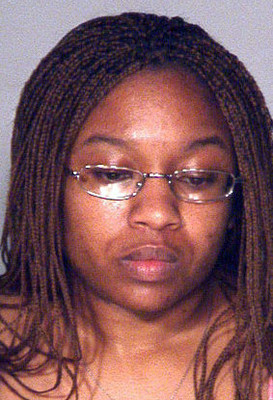 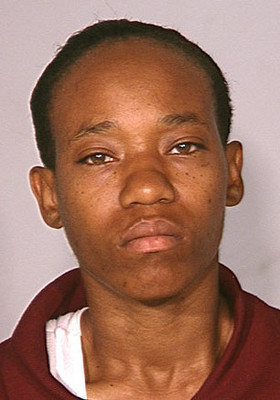 Monique Elliott told police she had a special technique for punishing her 8-year-old daughter and 9-year-old son: She made them squat and hold telephone books above their heads.

The girl, Destiny, was ordered to stay that way for “an unknown period of time” beginning on Aug. 12, and during that time the child “disobeyed the rules,” so Elliott and her girlfriend, Shantanna Shuntay Williams, beat Destiny with electrical cords and belts, a police report states.

After the beating, Destiny was forced to do push-ups.

About an hour later, she crawled over to a couch and began to have seizures. She fell asleep, but when she woke up in the middle of the night, Elliott put her in a bed and left her there, the police report states.

On the afternoon of Aug. 15, a relative discovered the child’s condition and called 911.

At Sunrise Hospital, the medical staff determined that Destiny had suffered three strokes and had no activity on the left side of her brain.

She remained in a coma Thursday.

Elliott, 28, and Williams, 29, are due in court today to face charges of child abuse and neglect causing serious bodily harm.

Destiny was “covered in multiple bruises,” and her brother had bruises and lacerations, too, on his back, arms and buttocks, police noted.

Elliott admitted to police that she had sometimes choked her daughter, but she could not recall whether the girl had ever passed out from it, according to the police report.

Elliott also told police she hadn’t choked her daughter since the beginning of August.

But the bruising that grew more evident around Destiny’s neck after she arrived at the hospital and the broken blood vessels in her eyes indicated to medical personnel and police that she had very recently come close to strangulation.

Police initially arrested Elliott and Williams on charges of attempted murder, in addition to the child abuse charges; but the district attorney’s office later dropped the attempted murder charge.

The case was classified by the agency as a “near-fatal” abuse situation. More often than not, investigators are usually dealing with fatalities when abuse at this level is present, Skorupski said.

The family has no previous history with Family Services, Skorupski said.

There have been 52 child fatalities associated with abuse and neglect investigated by Family Services this year, Skorupski said. There have been five near-fatalities including Destiny’s. The other four have been cases of drowning in which child neglect is suspected.

In total, the agency investigated some 7,800 abuse or neglect situations from January through September, she said.

Stress, financial or health problems, and the inability to manage children, are just some of the factors that lead to physical abuse of children by their parents or caretakers, said Lt. Brian Evans of the Metropolitan Police Department’s Abuse and Neglect Unit.

“A lot of parents don’t believe they are hurting the kids when they are doing the things they do,” Evans said.

“But, it’s a pretty clear statute: If you leave marks, it’s a crime,” he said. “Bottom line is you don’t use implements to discipline your child.”

He said there have been times when a palm print left on a child’s body was considered abuse.

The abuse case against Elliott and Williams challenges the stereotypes we have of women, and this case is further proof that there is no one type of abuser, Evans said.

There is a statistical relationship with child abuse occurring in a household where a partner is living, but the gender of that partner doesn’t really matter, Skorupski said.

Family Services offers the Parenting Project, a program to help parents understand how to control their children. Interested adults can call 455-5295 for more information.