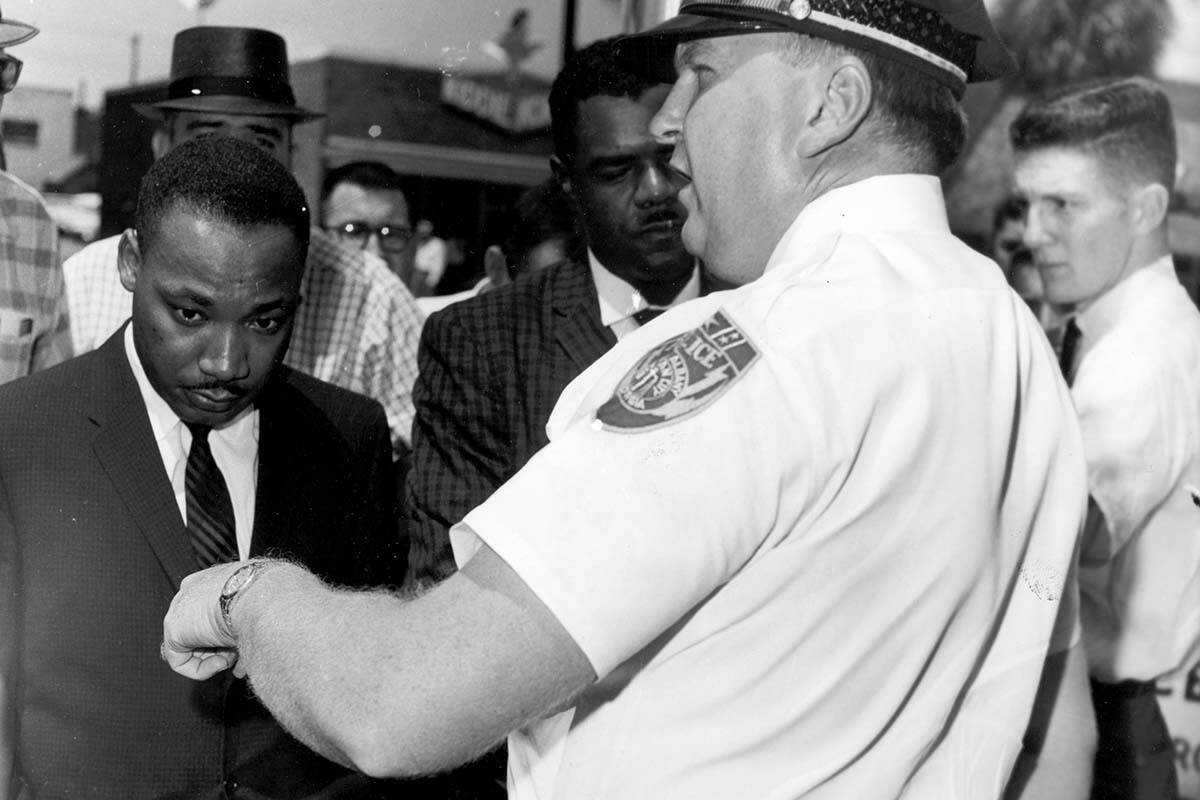 Pardon me if you’ve heard this story (I tell it a lot), but Martin Luther King Jr. Day always reminds me of how I learned the word “segregation.”

I was a kid, visiting relatives in Alabama, which my parents called “down home,” when I decided I needed to get a drink of water. I was directed to a pair of water fountains, one marked “white,” the other marked “colored.”

Curiously, I turned the knob on the one marked “colored,” and was quite disappointed to see the water come out as clear as the water fountains I had used in the north.

“Segregation,” he responded — and didn’t say much more.

That was in the late 1950s. Those days are mercifully behind us, thanks largely to King’s civil rights movement, although a lot of the old social, legal and political arguments have only been replaced with new ones.

“Ironically,” as Boston University’s bestselling anti-racism scholar Ibram Kendi explains, “it was this nightmare of post-civil rights racial inequality that caused legal scholars in the 1970s to develop critical race theory in law schools, particularly to study and reveal the law’s role in the maintenance of inequality.”

That’s the “critical race theory” that’s not taught in public schools. But activists on the political right have demonized the label so well that 32 states have introduced bills or taken other steps to restrict teaching it or limit how teachers can discuss racism and sexism, according to an Education Week analysis.

King would not approve. These days everyone seems to be eager to quote his famous wish from his 1963 March on Washington speech, “I have a dream that my four little children will one day live in a nation where they will not be judged by the color of their skin, but by the content of their character.” But he said a lot more than that about the work that we all need to do to turn that dream into a reality.

For one, we Americans need to undo the damage that has been done by those who use race to keep us divided.

“Racial segregation as a way of life did not come about as a natural result of hatred between the races immediately after the Civil War,” he said at the end of the historic 1965 march from Selma to Montgomery for voting rights.

Citing the noted historian C. Vann Woodward’s classic book, “The Strange Career of Jim Crow,” which King called the “historical bible of the civil rights movement,” the segregation of the races was really a political stratagem employed by the rich and powerful Southern conservatives — mostly Democrats in those days — “to keep the Southern masses divided and Southern labor the cheapest in the land.”

King praised the “very significant” Populist movement for pushing back with an interracial working class coalition that “began awakening the poor white masses and the former Negro slaves to the fact that they were being fleeced” by the emerging elite interests.

After stirring divisions between the races, Southern segregationists passed Jim Crow laws to make it a crime for Blacks and whites to come together as equals at any level.

And that did it. That crippled and eventually destroyed the Populist movement. Jim Crow was finally banned by the 1964 Civil Rights Act.

We Americans certainly have come a long way on the path that led to the election of Barack Obama, the nation’s first Black president. But, yes, that was followed by the election of Donald Trump, whose abrasive brand of MAGA populism has not rejected King’s dream, but hasn’t exactly embraced it either.

Yet, as crazy and even dangerous as our politics have become, I’ve seen enough progress and well-meaning people in my lifetime to hold onto more than a modicum of hope. “Let us be divinely dissatisfied,” King preached in the final months of his life, “as long as we have a wealth of creeds and a poverty of deeds.”