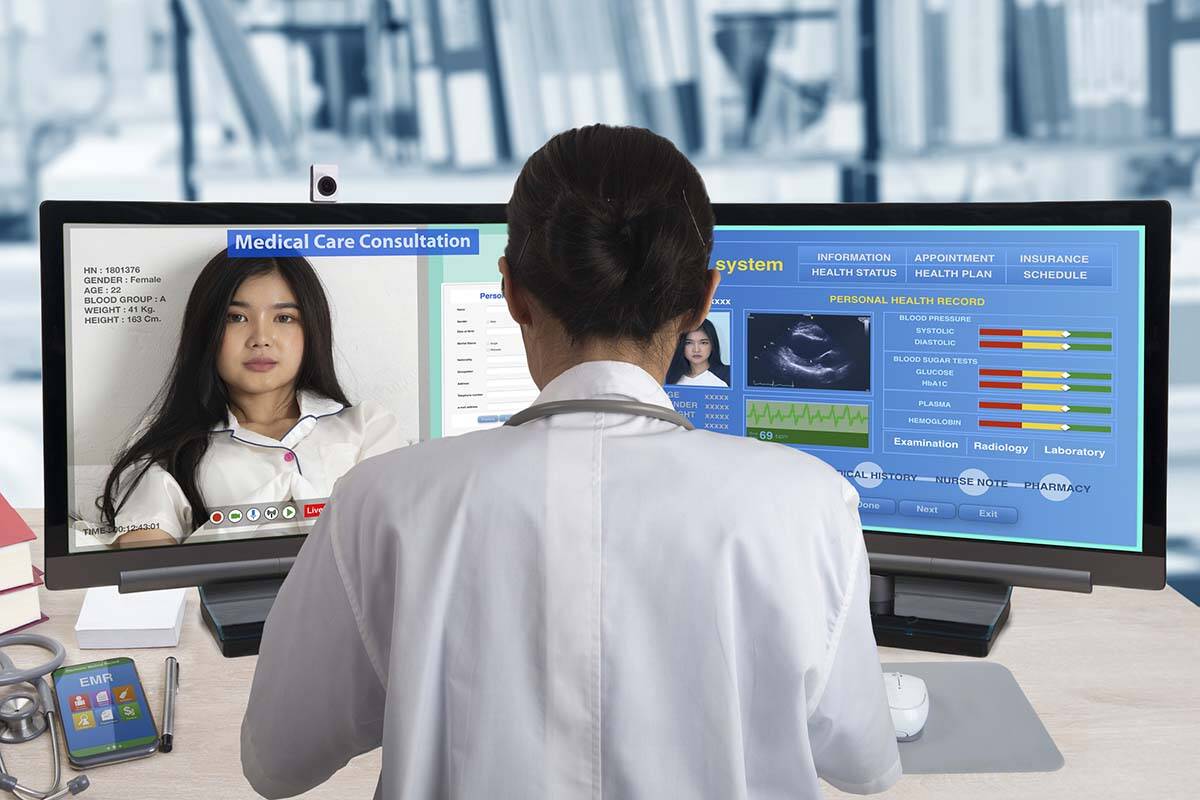 As a writer who’s lived with bipolar disorder, I’ve penned dozens of pieces advocating on behalf of Nevadans such as myself who live with serious mental illnesses. I’ve interviewed spouses of patients in Las Vegas living with Alzheimer’s disease, retired NFL players in Reno battling lifelong debilitating concussions and even published a piece about Bella, my loyal emotional service animal.

These days I’m advocating on behalf of Nevada’s telehealth laws. If a new one is not implemented during the 2023 legislative session, it will mean that telehealth as we’ve come to know it during the pandemic may disappear. For those of us who rely on landline telephones to communicate with our mental health and other medical providers, this is a very big deal.

Most patients associate telehealth with the onset of COVID in 2020. Instead of having in-person consultations with medical providers, it became normal to have them via audiovisual means from the isolation and safety of homes or offices.

For Nevada, this was nothing new. In 2015, the Legislature passed Assembly Bill 292, requiring health insurance companies to compensate medical providers equally for in-person and video consultations. This is called “pay parity,” and it helps to sustain telehealth services.

There was only one problem — and a big one — with AB292: Audio-only telehealth conversations were excluded from the bill, which meant that health insurance companies could compensate doctors at a lower rate for phone calls that didn’t include video.

Some Nevada health insurance companies cited lack of patient privacy as a reason for this exclusion. When a medical provider talks to a patient by phone, they argued, they don’t necessarily know for sure to whom they are talking. Many doctors, for this reason, require a video call or in-person meeting with a new client the first time they connect. Health insurance companies also balk at being told what they can and can’t charge for.

Many assume that everyone has a smartphone or computer and internet service and that access to audiovisual telehealth is universally accessible. That is not the case.

Even before COVID, it was not uncommon for senior citizens — especially those on fixed and limited incomes — to not own a smartphone or computer with internet service. Others just don’t feel comfortable with modern technology. They use old-fashioned landline phones to communicate with the world. And Nevada has a lot of seniors, a demographic known for its high suicide rates.

There’s another problem. According to a report from former Gov. Steve Sisolak’s office, even in 2022 some 220,000 Nevadans lacked access to a wired connection capable of 25 mbps download speeds, and 100,000 Nevadans lived in places where there was no wired internet.

The potential for expanded telehealth services exploded in January 2020 when the U.S. Department of Health and Human Services announced a national public health emergency allowing states to make temporary changes to the practice of medicine. Nevada health officials passed a waiver to provide pay parity for audio-only phone calls, which meant that medical providers now had a financial incentive to treat patients by phone.

But that waiver was temporary. Unless a new law is passed in 2023, health insurance companies will once again be allowed to compensate doctors at a lower level for non-video consultations.

Research conducted during the pandemic found a huge boom in audio-only medical services. According to the National Association of Community Centers, more than 90 percent of health centers reported audio-only telehealth improved patient access during the height of the pandemic; 85 percent said that audio-only care increased the ability of clinics to reach vulnerable populations.

Fortunately, Nevada’s legislative Health and Human Services interim committee has recommended making audio-only pay parity a permanent part of Nevada law. I hope that will translate into an actual bill being passed in the next few months. But this is not for certain.

As someone who lives with a mental illness, this issue is arguably one of the most important I’ve encountered over the decades. Sometimes it’s just a lot easier for me to talk to my medical team by my landline without thinking about what I look like or whether my unreliable internet service will suddenly drop the call.

It’s not easy to find anything good that came out of the pandemic. But Nevada’s temporary audio-only payment parity is a policy our state should make permanent. It means that more patients — seniors, low-income residents and the thousands in our state suffering from mental health issues who may not have access to a smartphone or computer — will get more medical care. The lives of many Nevadans depend on it.

Kim Palchikoff is a social worker and mental health writer. She writes from Reno.