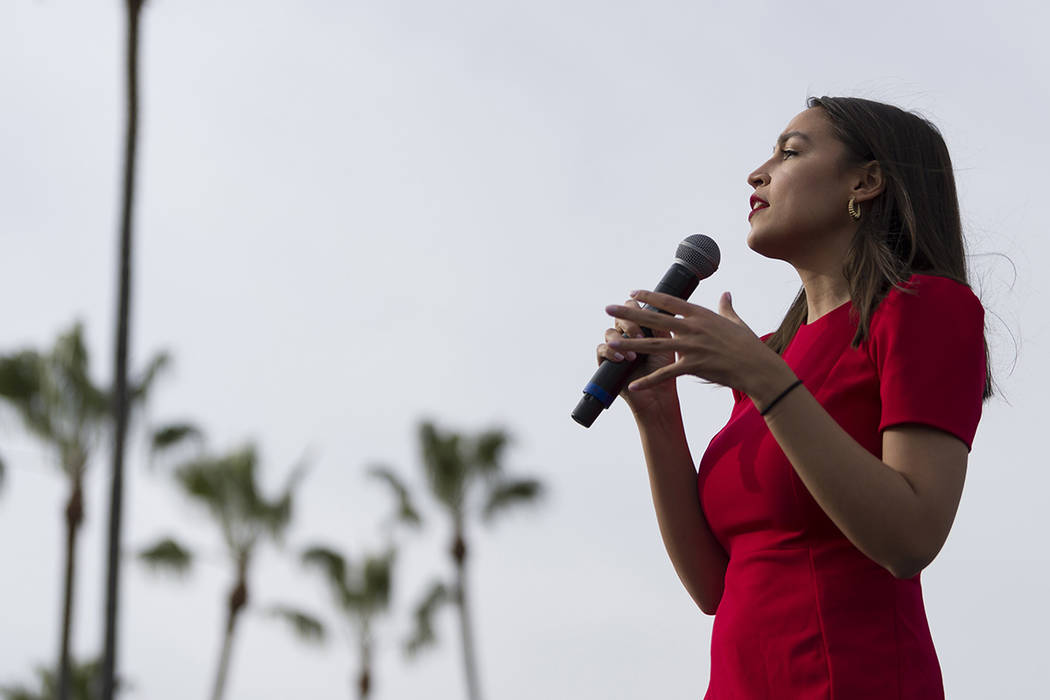 Many prominent Democrats kowtow to teachers unions by opposing school choice, which refers to programs that allow parents to choose the school their child attends — a public school, private school, home school or charter school. Study after study has shown that giving parents options has major benefits. Many school choice programs even save taxpayer dollars.

Well-designed programs are a win-win on the policy front, but they’re a threat to teacher unions. Even though charter schools are public schools, they and private schools are much less likely to be unionized. When families can choose the best school for their child, union officials lose money because there are fewer unionized teachers. That means less money to engage in politics, where the overwhelming majority of union dollars support Democrats. As a result, most Democrats vigorously attack school choice.

Rep. Ocasio-Cortez, a New York Democrat, is a social media superstar and one of the most well-known democratic socialists in the country. The party’s New York City platform condemns charter schools as “tools for privatizing education and weakening the power of unionized teachers.” It calls for an end to new charter schools and converting existing charters into traditional public schools. Sen. Bernie Sanders, whom Ms. Ocasio-Cortez endorsed for president, wants to ban for-profit charter schools and impose a moratorium on new charter funding.

Before Ms. Ocasio-Cortez got into politics, she had a different perspective. In 2017, she recorded a Facebook Live video while walking down Hunts Point Avenue in the Bronx.

“My goddaughter, I got her into a charter school like maybe a block or two down,” she said.

Ironically, these attacks on charter schools wouldn’t affect many white students. That’s because more than half of the white students in the city attend private schools.

Rep. Ocasio-Cortez is hardly alone in her hypocrisy. Sen. Elizabeth Warren opposes school choice but admitted last year that she sent her son to private schools.

How can you tell school choice works? Look at the schools to which Democrat politicians send their own family members.