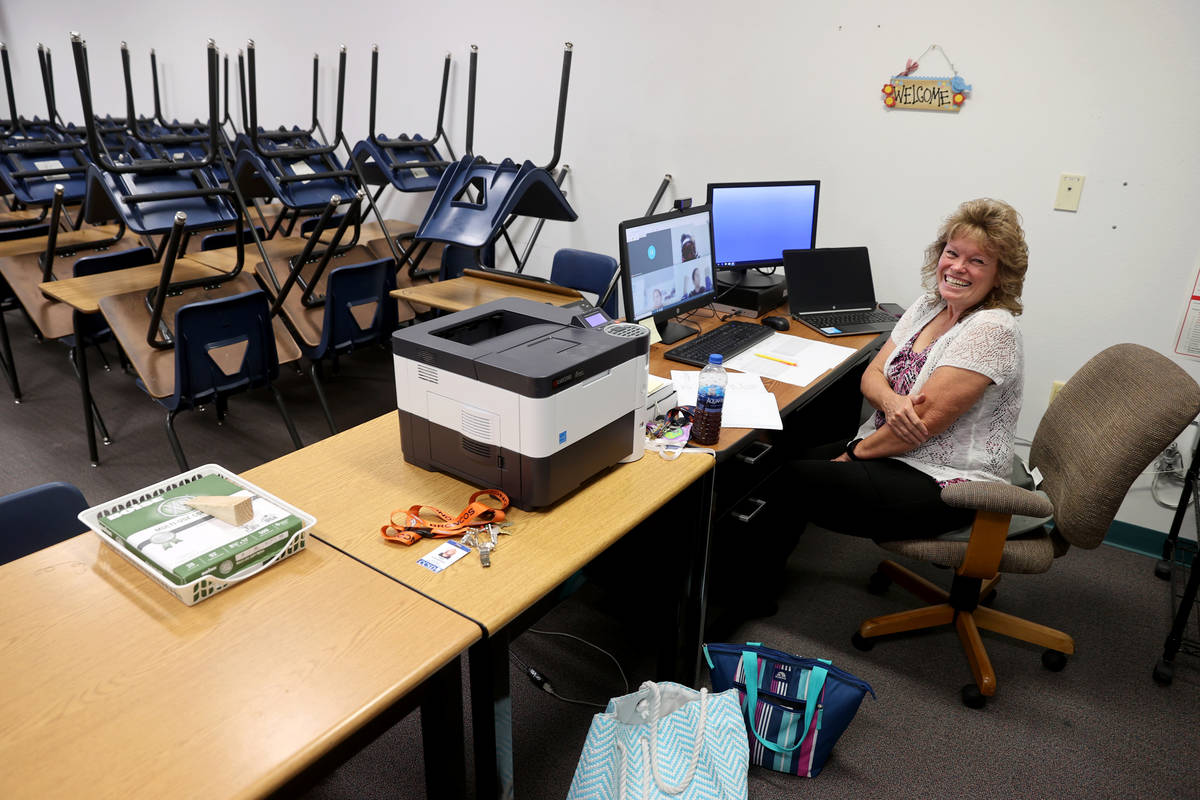 Before the school year began, district leaders said 30,000 students still needed a Chromebook and 20,000 needed internet access. To mitigate the internet access challenge, the district sent buses out into the community. That was a creative move, but it’s hardly making a dent. The district said those hot spots had just 407 unique log-ins during the first week of school.

These numbers suggest that around 15 percent of district students aren’t able to reliably participate in distance learning. It might be worse than that. On the second day of school, more than 20 percent of students didn’t even log in.

Logging into an online classroom doesn’t mean students are learning either. Students can show up virtually, switch off their camera and microphone and spend the day playing on their phone. Other students may need to watch younger siblings while their parents work. Younger students may have a hard time paying attention to a computer for more than a few minutes at a time. Teachers report that it is difficult for them to determine how many and which students are actually listening to their virtual lessons.

These are real problems. At least the school district has some plausible deniability. It’s offering a learning opportunity, albeit one that’s far from ideal.

None of this should be any surprise. The distance-learning experiment from earlier this year was a disaster across the country. The Wall Street Journal reported in June that, according to NWEA, an Oregon-based nonprofit that provides services to teachers, students nationwide would return to school this fall “with roughly 70 percent of learning gains in reading relative to a typical school year, and less than 50 percent in math.”

According to chalkbeat.org, “Teachers in two separate surveys estimated that only about 60 percent of their students were regularly participating or engaging in distance learning” last spring. “Two-thirds to three-quarters of teachers said their students were less engaged during remote instruction than before the pandemic, and that engagement declined even further over the course of the semester.”

In addition, accountability is hard to come by. Online grading, if it exists at all, has been watered down in many districts, and the efficacy of testing is difficult to assess in an uncontrolled environment. What standards will ensure that students are prepared to move to the next level? For many elementary students, missing nearly a year’s worth of school may permanently cripple their educational prospects.

Indeed, in Clark County for tens of thousands of students it’s not possible to sustain the illusion that they are learning anything through the current approach. It’s likely these students are disproportionately poor, which makes this a double tragedy. Public education may be their best lifeline for success.

Even if the district isn’t ready to fully reopen, it is becoming increasingly clear that the option should be on the table for the 15 to 20 percent of its students who aren’t connecting regularly. If even that is too much, the district should investigate the possibility of opening classrooms for non-connected elementary students. North Las Vegas’ Southern Nevada Urban Micro Academy may provide a blueprint for how to proceed.

The status quo is a five-alarm crisis. School district leaders, starting with Superintendent Jesus Jara and the School Board, need to act like it.