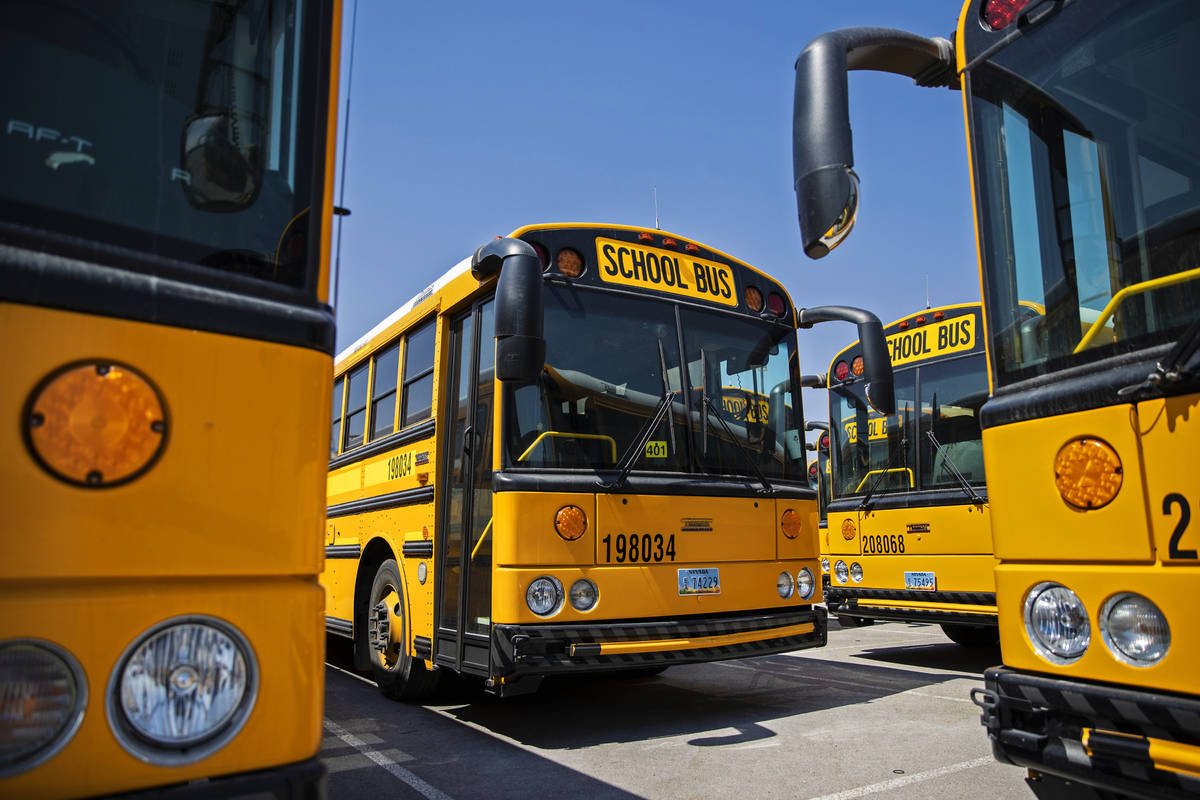 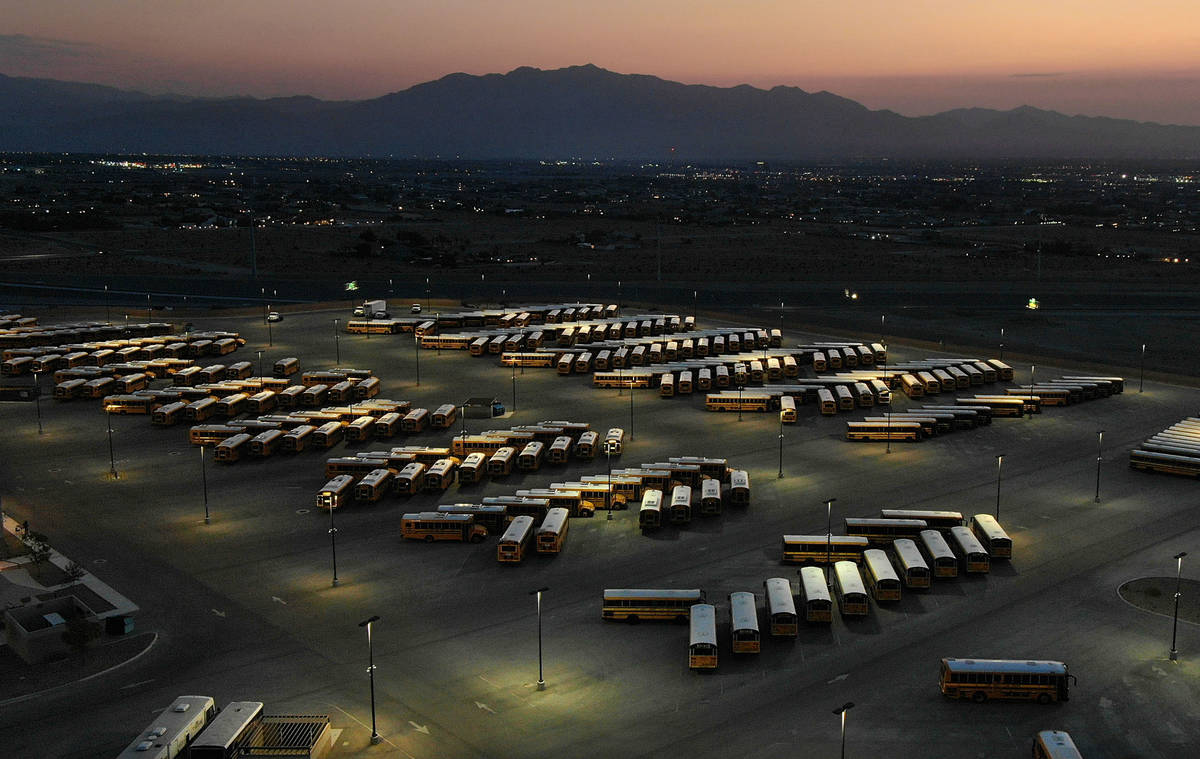 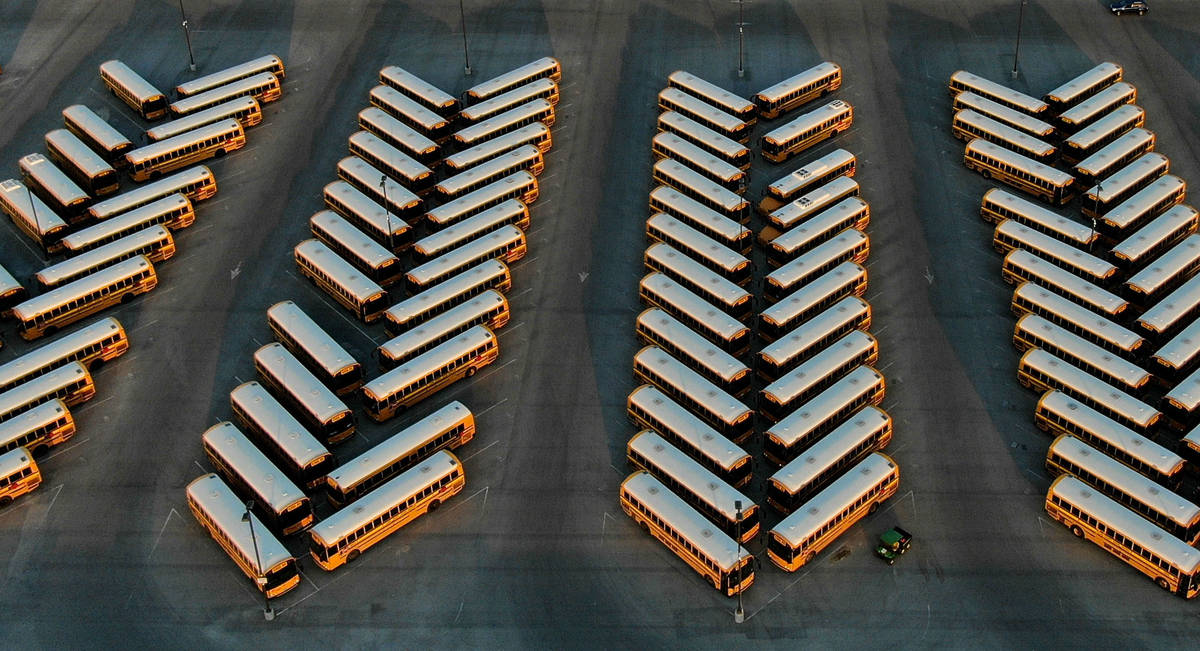 This year, the perennial problem of opening schools in 100-plus-degree weather — the inevitable air conditioning outage — is less of a concern for the Clark County School District than another kind of system failure.

“We don’t have to worry so much about if the AC goes down,” Superintendent Jesus Jara said in a call with reporters on Friday. “We just have to worry about the connectivity.”

Getting Chromebooks in children’s hands, connecting them to the internet and then familiarizing them with virtual classrooms has been the subject of a massive communitywide push ahead of the 2020-21 school year, which begins Monday with distance learning in place.

It’s an effort to make good on the district’s promise that the fall semester won’t be a replay of the problems that plagued distance learning in the spring, when some students could not be contacted consistently and some 4,300 weren’t reached at all.

Some differences are already apparent. The district switched to the Canvas learning system in an effort to streamline communication, schools have hosted thousands of virtual orientations to calm parents’ fears, and a community effort has reached 242,791 out of 314,848 district students.

But there are roadblocks that won’t be fully dismantled by Monday.

Among them are the 30,395 students as of Friday who had reported that they still need devices, Jara said. School leaders were working through the weekend to reduce that number before distance learning begins, but there is no expectation that everyone will have a Chromebook on the first day of classes.

“We are going to continue to work our efforts, not only through Monday, but as they continue to come in,” Jara said of the Chromebooks, adding that the district had sometimes distributed more than 10,000 of the devices in a day.

District officials warned in July that supply chain issues might delay provision of devices to all students until the late fall. And with just days remaining until the resumption of school, three district parents who spoke to the Review-Journal on condition of anonymity last week said they had been told by their children’s schools that they were out of Chromebooks and that they would have to wait for more.

In the interim, community efforts to provide devices have sprung up, including one led by Nevada School Choice Coalition Director Valeria Gurr, state Board of Education member Felicia Ortiz and teacher Silvina Jover.

Gurr said she started a Facebook group for Spanish-speaking CCSD families over the summer, and after the district’s dire warning about Chromebook shortages, she found that about half the members didn’t have access to a device. She said she received approximately 450 responses initially for help with Chromebooks.

Ortiz said the team first checked with schools to see whether they could provide devices to the students; if the schools couldn’t, they put the families in touch with donors, many of whom had unused devices sitting in their closets. The laptops are theirs to keep, Gurr said, adding that she’d like each family to have a device they never have to give back.

Since ramping up efforts through monetary donations, they’ve run into one of the supply issues plaguing the district: finding a Chromebook for $180 or less when the devices now sell for over $220.

Ortiz said a major stumbling block for families looking for devices has been the language barrier, as information has sometimes not been available in Spanish or other languages.

Gurr added that on top of the English fluency required to navigate registration for school, families need to be fluent in technology as well in order to set up Canvas, Clever and the other apps required by the district for distance learning. She said recent immigrants may struggle the most to enroll.

About 400 more devices are needed to meet the needs of parents who contacted the group as school begins, Ortiz said.

“Across the board, they’re super worried about their kids falling behind if they don’t have a device,” Ortiz said. “That’s the reality for quite a few families.”

During the second week of August, a coalition of community groups launched the Connecting Kids NV site, meant to provide a one-stop shop for Nevada families seeking help with a device or internet connectivity.

Rene Cantu, executive director of Jobs 4 Nevada Graduates, one of many community groups behind the effort, said his organization initially attempted its own effort to connect children to devices and the internet. It found that 71 percent of the 250 students surveyed had access to only a smartphone.

“Any statewide effort to connect kids with machines is huge,” Cantu said.

Cantu said he was busy during his whole shift taking calls from Spanish-speaking families looking for help with access. He said he was typically able to complete the set-up process in about 15 minutes.

One of the key barriers preventing families from accessing technology was cost, Cantu said, as many families said they could not afford the Cox Connect2Compete program, which CCSD will now offer for free to qualifying families.

For families that needed a Chromebook, the volunteers notified their schools and provided their contact information, Cantu said.

Cantu said he thinks that even if the access issues can’t be resolved 100 percent by Monday, the community effort will put a major dent in the need. According to the Connecting Kids NV site, 221,923 of the district’s students had been connected to the internet and 212,396 had been given devices.

The volunteers will keep working until the need is gone.

“Access to technology for kids is access to learning,” Cantu said. “Today it’s a utility as much as running water or electricity.”

Once students have a device and internet access, the work of connecting them to the classroom begins, sometimes with mixed results.

Rebecca Dirks Garcia, president of the Nevada PTA and moderator for the CCSD Parents group on Facebook, said a flood of posts poured in a week before the start of school from parents frustrated that they had not received information related to school schedules or accessing Canvas.

As of Friday, some were still asking the group’s help with one or the other.

Garcia said the district has been proactive in trying to ensure that all children have access to a device and the internet. But some lessons from the spring remain unlearned, mostly having to do with communication, she said.

Schools that didn’t communicate well in the spring are not communicating well now, she said. In trying to help answer parents’ questions, Garcia said that in some cases, by the time she found the needed information, the parents had decided on home-schooling.

One other stressor for families has been a district direction to mimic the school day as much as possible without taking into account how working parents will help their students transition through multiple live lessons and independent work times throughout the day, she said.

It’s a possible course correction from the spring, when the district was heavily criticized for not providing enough guidance.

Garcia said that the first week of school often comes with issues, and she recommended that all parties exercise empathy.

“I’m hopeful because there’s a lot more effort for systematic processes for this fall,” she said. “I think learning can and will happen.”

Communication has been key for parents like Allysha McLaughlin, who heaped praise on her children’s teachers and principal for doing it well.

Still, with two young children, one of whom will need help logging in and out, McLaughlin said she expects adjustments during the first week of distance learning. She created a color-coded schedule to keep track of all their live sessions, with a separate column indicating how many minutes she can work before she needs to break away to help one child or the other with a transition.

“I have my desk in my dining room. I can see my kids are to the right. I can monitor them while being able to do some work,” said McLaughlin, who works as a contractor for the state. “But I’m not going to be able to stand over them the whole time.”

On Wednesday, Tyrone Thompson Elementary teachers Tracey Joffe and Andrea Roach held classroom orientations to familiarize students and parents with class schedules and expectations. Those were just two of hundreds of orientations taking place that day.

Roach identified several apps that she wanted parents to download prior to the first day of class in order to make virtual classrooms more accessible for their students, the product of her own trial-and-error experimentation to identify the best way to teach virtually.

Joffe said she prepared class modules two weeks out. One other lesson she’d learned from the spring: Most students burn out of energy for virtual class by the afternoon.

While both Joffe and Roach saw the vast majority of their students for an orientation session, they also said they worried about the couple of students on their rosters who had had no contact with the school at all.

“At this point, if they show up on Monday, they’ll have already missed so much,” Joffe said.