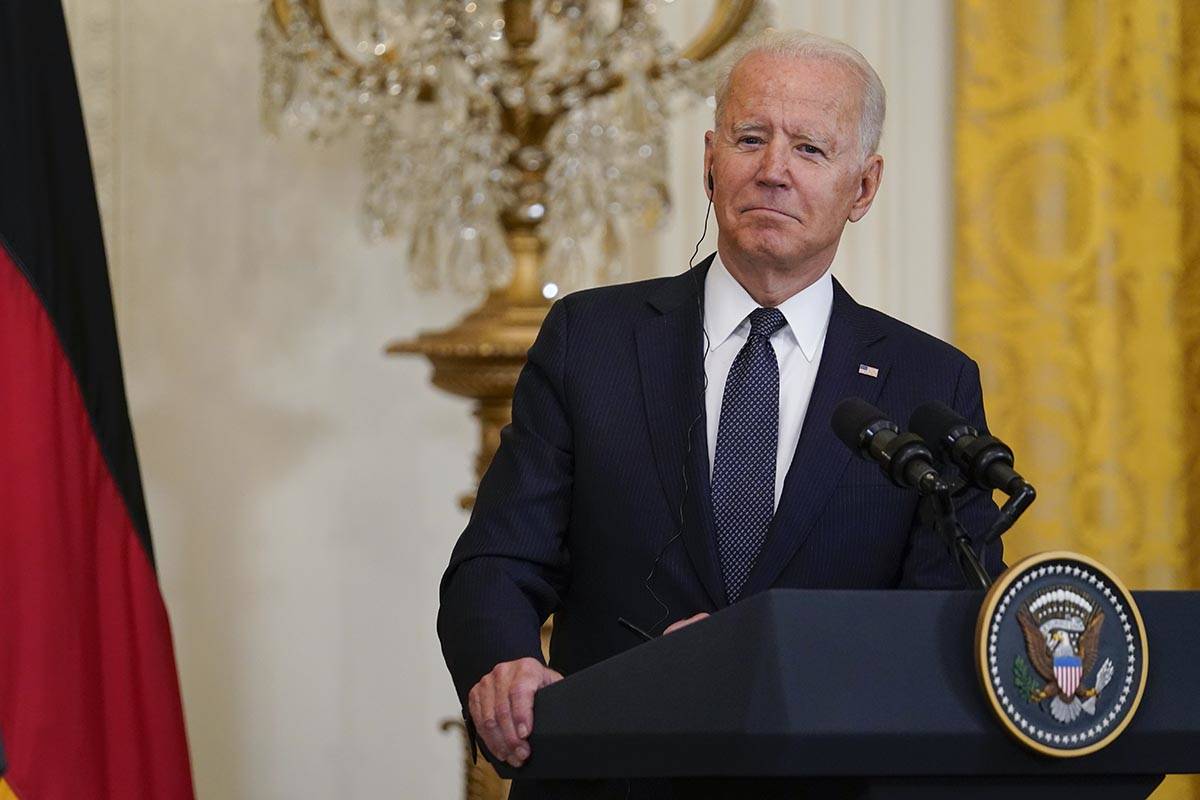 On a recent flight from Texas to North Carolina, a woman came so unglued that she tried to open the plane’s door. The flight crew had to bind and gag her with duct tape. This was an extreme example of a disturbing trend in air travel: People are becoming unruly or even hysterical. I think this phenomenon is attributable to the mental health toll of the pandemic.

Which brings me to the reaction to President Joe Biden’s comments last week. He explained that we’ve moved out of the wholesale approach to vaccination — mass vaccination centers — and must try retail.

“Now we need to go to community by community, neighborhood by neighborhood, and oftentimes, door to door — literally knocking on doors — to get help to the remaining people,” Biden said.

This triggered a geyser of paranoia and asininity from much of the right. Rep. Thomas Massie, R-Ky., said this amounted to “illegal” intrusions into privacy. Rep. Chip Roy, R-Texas, called it a “gross abuse of power,” adding: “Nowhere in the Constitution does it say, ‘The federal government shall go door to door pushing Americans into vaccine trials.’ ”

And these were the sober critics.

But going to extraordinary lengths to fight a pandemic isn’t new. In 1796, Congress passed “An Act Relative to Quarantine,” authorizing the president “to direct the revenue-officers and the officers commanding forts … to aid in the execution of quarantine and in the execution of the health laws of the states.”

The president was George Washington, a man with some passing knowledge of the Constitution.

But you don’t have to go back centuries to understand that federal action is neither illegal nor unconstitutional. Helping localities promote vaccination was part of the March COVID relief package, and such efforts been underway since April.

Besides, what’s wrong with going door to door to inform people where, how and why they should get vaccinated? You can just say, “Not interested.”

I’m not arguing for the feds to knock on doors to promote getting vaccinated. But the hysteria is embarrassing. It’s also bewildering. When Donald Trump was president, Operation Warp Speed was an own-the-libs triumph. On Nov. 20, Laura Ingraham of Fox News said: “The stunning success of President Trump’s Operation Warp Speed caught team apocalypse totally off guard. Don’t you love it?”

Now, Ingraham and many other right-wing media figures are engaged in fearmongering over the alleged dangers of a vaccine we wouldn’t have were it not for Trump.

At last weekend’s Conservative Political Action Conference in Dallas, professional gadfly Alex Berenson said the Biden administration was “hoping they could sort of sucker 90 percent of the population into getting vaccinated, and it isn’t happening” — and the crowd cheered.

At a time when COVID-19 is spiking among the unvaccinated and 99.5 percent of COVID deaths are among this group, this is depraved. It’s certainly not pro-life.

But as bad as all this is, it would be a mistake to think this is purely a right-wing problem. When Trump was in office, anti-vax sentiment was high among Democrats, including Kamala Harris and Andrew Cuomo. Biden himself raised doubts about a Trump vaccine in a debate.

After Biden won, vaccine paranoia became largely a right-wing phenomenon. Of course, there’s plenty of other paranoia and hysteria on the left these days, including about the resurgence of Jim Crow. But at least that paranoia isn’t getting people killed. For the anti-vaccine right, it’s as if Biden were the pilot of a plane and they would rather open the door and bail midflight if the alternative is being a “sucker” by landing safely.