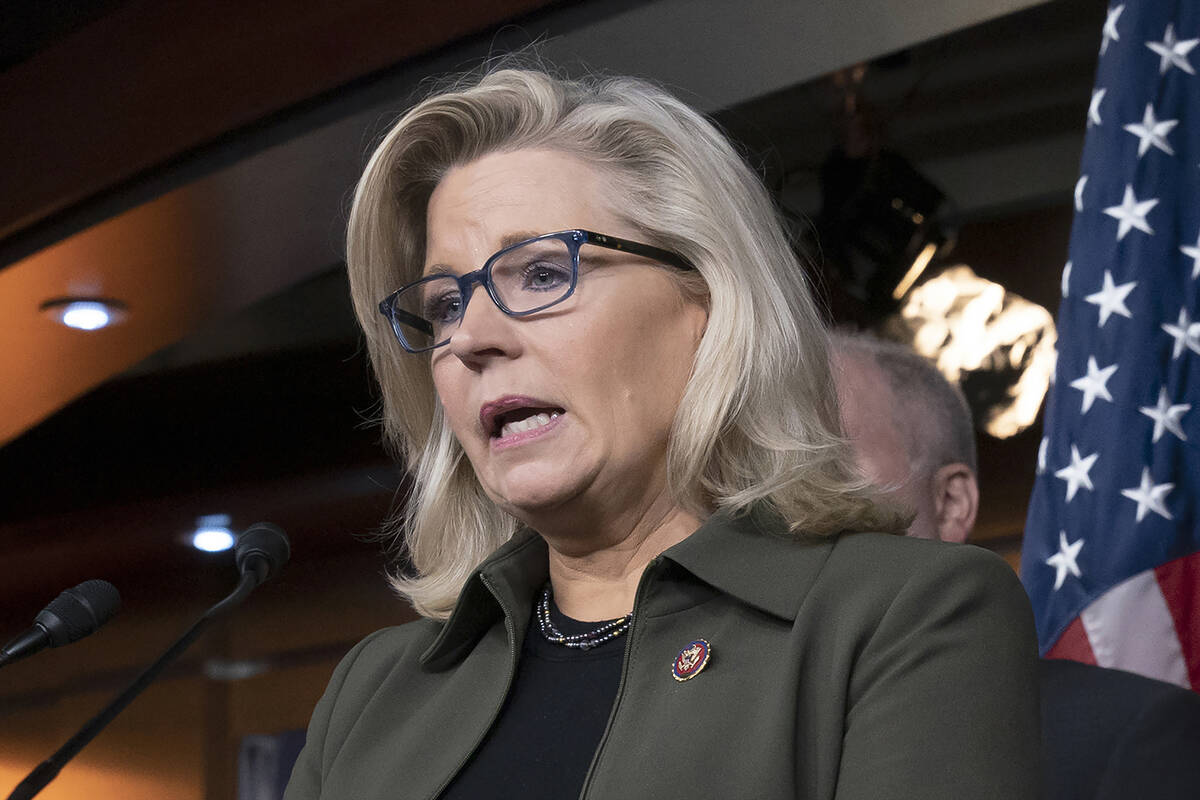 Well, I was wrong again.

For much of the summer, I’d been writing that Donald Trump’s hold on the GOP was shrinking. I thought I was right at the time. But the times changed. Right now, his hold appears to be growing. That’s at least in part because it is the GOP that’s shrinking.

Eight of the 10 Republicans who voted to impeach Trump over the Jan. 6 attack on the Capitol will not be returning to Congress. Half retired, and the other half lost their primaries.

The most visible of the latter group is Rep. Liz Cheney, the Wyoming congresswoman who has made holding Trump accountable for Jan. 6 and his effort to steal the election her white whale — which is why she lost her primary by 37 points. And that was just the final stage of her cancellation. In May 2021, she was ousted from the House GOP leadership. In November 2021, the Wyoming GOP’s Central Committee voted her out of the party. And then in February, the Republican National Committee passed a resolution describing the riot as “legitimate political discourse” and passed a resolution censuring her for taking part in the investigation of it.

For some fringe types, none of this is enough, which is why Cheney needs constant security.

The GOP is now more tolerant of intolerant cranks and bigots than it is of Republicans who dissent from the cult of Trump.

In the wake of Cheney’s defeat, Republican politicians and conservative pundits alike have expended an enormous amount of energy trying to rationalize, excuse or otherwise justify the anathematization of Cheney. Yes, Trump’s behavior was abhorrent, the most reasonable ones concede, but by working with Democrats in pursuing Trump, she betrayed the GOP in the eyes of Republican voters. The wiser course, they say, would have been to follow the path of more pragmatic Republicans such as Sen. Mitch McConnell, who makes no secret of his distaste for Trump but refuses to do much about it.

The problem with this argument is that it overlooks the fact Cheney followed the McConnell strategy for years, voting with Trump 93 percent of the time and offering restrained criticism sparingly.

Then on Jan. 6, she took the same position as most conservatives and Republicans such as McConnell, House GOP leader Kevin McCarthy and Sen. Lindsey Graham, who said hours after the attack: “All I can say is count me out. Enough is enough.”

But it turns out, Cheney was one of the only Republican leaders who meant it when she said Jan. 6 was the last straw. In May, Graham said, “I’ve always liked Liz Cheney, but she’s made a determination that the Republican Party can’t grow with President Trump. I’ve determined we can’t grow without him.”

Analytically, Graham was at least half-wrong; the GOP actually can’t grow with Trump.

I should add he was also morally wrong. If one believes that what Trump did was inexcusable, being “good” for the GOP shouldn’t excuse it.

Trump and his fans are convinced that there’s nothing wrong with the party that can’t be fixed by doubling-down on the first president since Herbert Hoover to lose the House, Senate and presidency in a single term. Recall that Trump’s explanation for huge midterm losses in 2018 was that Republican incumbents, dragged down by Trump’s unpopularity, failed to “embrace” him. That’s because Trump would rather be the undisputed leader of a small tent than just one voice in a big one.

As McConnell has implicitly conceded, Trump has jeopardized the GOP’s chances of taking the Senate because he cares more about nominating Trump loyalists than candidates who can win general elections in Pennsylvania, Georgia, Arizona or Ohio.

Since the FBI search of his Florida home, Trump has become more popular within the GOP, as the right’s obsession with victimhood has caused partisans to close ranks around him. A new NBC poll finds that 50 percent of Republicans support the party more than support Trump, down from 58 percent three months ago. Tellingly, a majority of Americans support continuing the investigations into Trump.

Where Graham might have been half-right is that, in the near term at least, the party can’t grow without Trump either. When nearly half of Republicans are more loyal to Trump than to the party, moving on from him without his blessing is an impossibility.

Liz Cheney cannot possibly win a presidential election in a shrinking party that’s shrink-wrapping itself around Trump. She knows this. Which is why, in the near term, she’s focused on the long term good of the party — and the country.