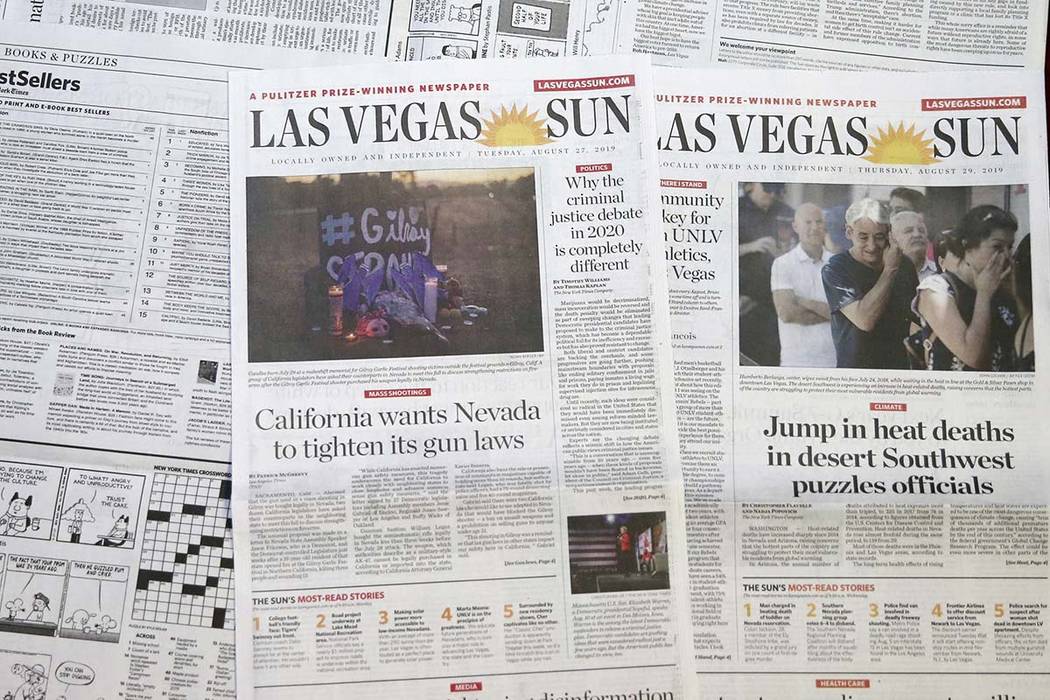 I could not suppress the laughter after reading the Las Vegas Sun’s contention that the Review-Journal was trying to “run it out of business.” That is a load of nonsense.

The Sun, if it truly wants to sue anyone responsible for putting it out of business, need only look inward and should sue Brian Greenspun. He personally took the mildly successful newspaper that his father created and flushed it. His ineptitude cost scores of former Sun employees their livelihoods.They should be the ones suing him.

But there is a greater issue here: that of government interference in the marketplace. What would have happened if a law had been enacted in the ’50s and ’60s forcing the Big Three automakers at the time — GM, Ford and Chrysler — to use some of their manufacturing capacity to produce Packards, Studebakers or Hudsons in order to have saved any one of them from going out of business? It would have been unthinkable — and was.

Want to stay in business? It’s rather simple. Offer products consumers want at a price they are willing to pay and compete in an open and free market. Obviously, the Sun failed in those departments, as Las Vegas Valley residents overwhelmingly voted not to subscribe to it.